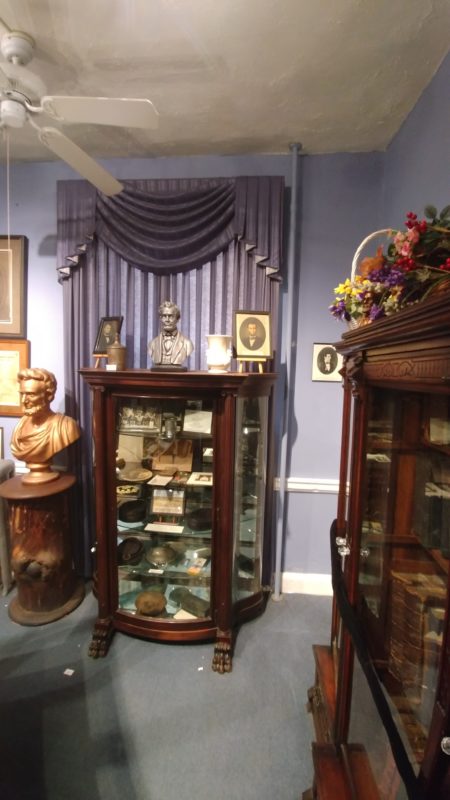 In Part 1 of this brief two-part series, we looked at some photos I took during a December 2017 visit to the Grand Army of the Republic Museum & Library in Philadelphia, Pennsylvania. Only a small portion of their holdings are currently on public display.

Here are some additional photos from the museum. 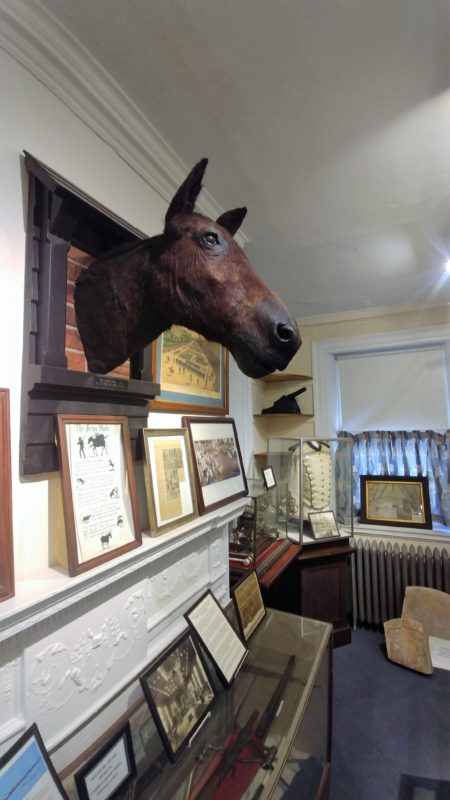 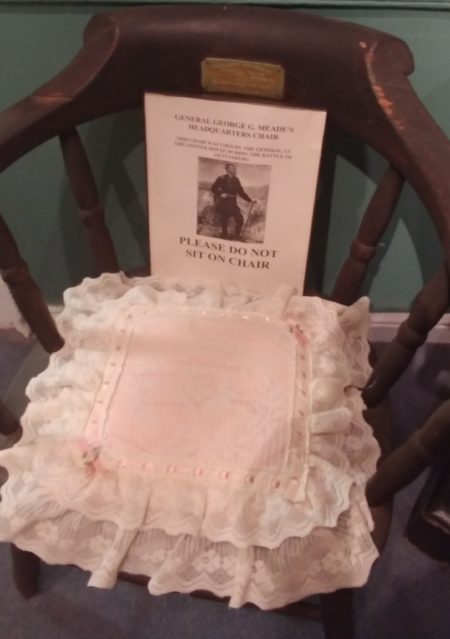 The museum’s collection includes items from Post 1, Post 2, and other organizations and individuals in the Philadelphia area. Artifacts on display currently include a chair that belonged to General Meade… 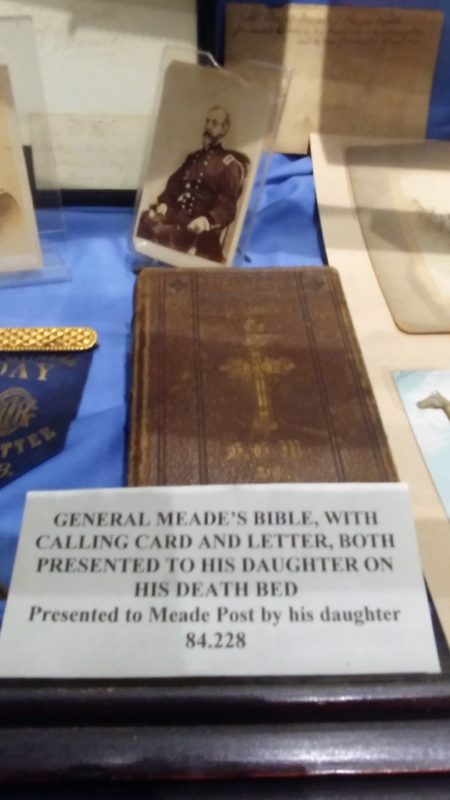 …as well as his personal Bible and other possessions… 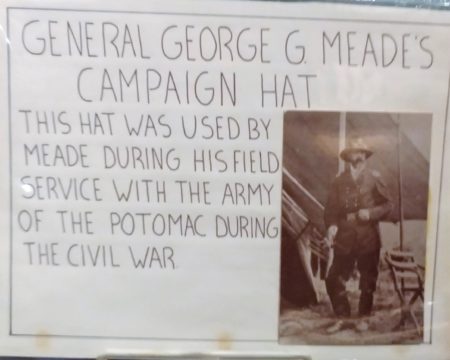 …including his iconic campaign slouch hat seen in many wartime photos of the famed general. 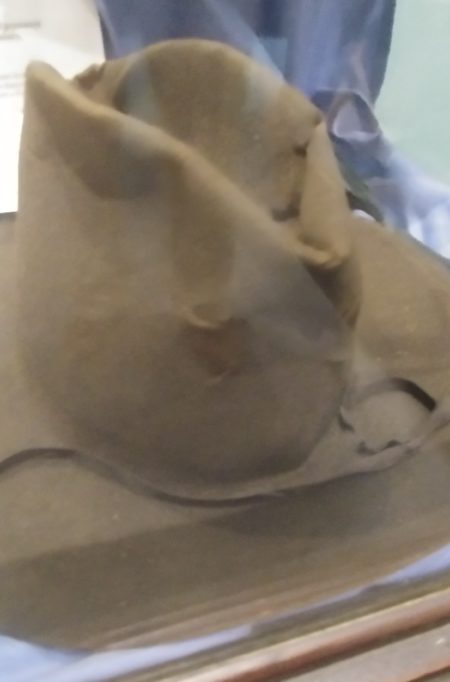 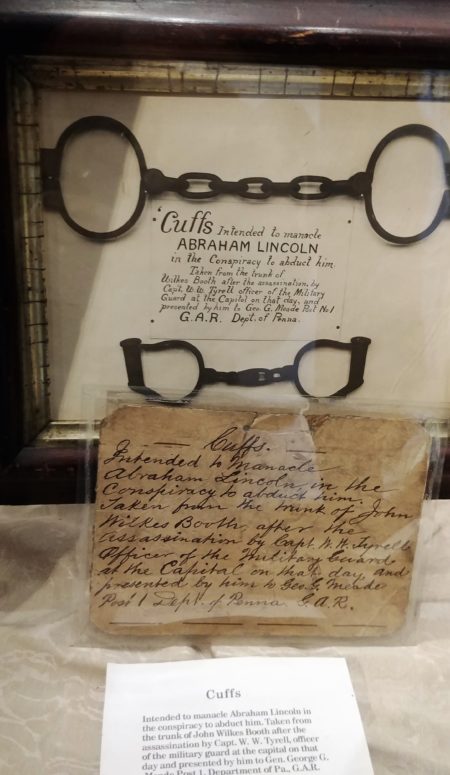 The relics on display include items taken from John Wilkes Booth’s trunk he left in his hotel room when he fled Washington after shooting President Lincoln. 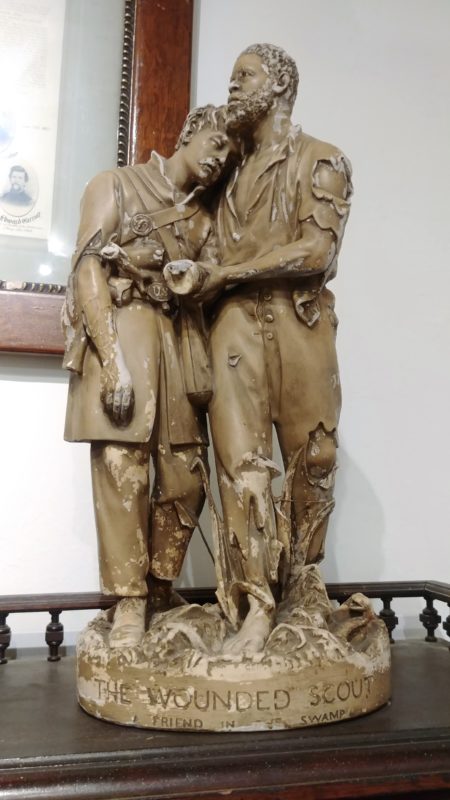 This interesting sculpture shows a “contraband” freed slave ministering to an injured black soldier of the U. S. Colored Troops. It is titled “The Wounded Scout: Friend in the Swamp.” 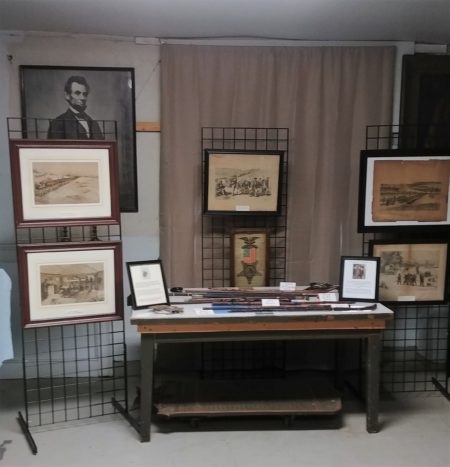 On the table are Civil War weapons, including one of the pikes that John Brown had obtained to arm black men during the Harper’s Ferry Raid of 1859.