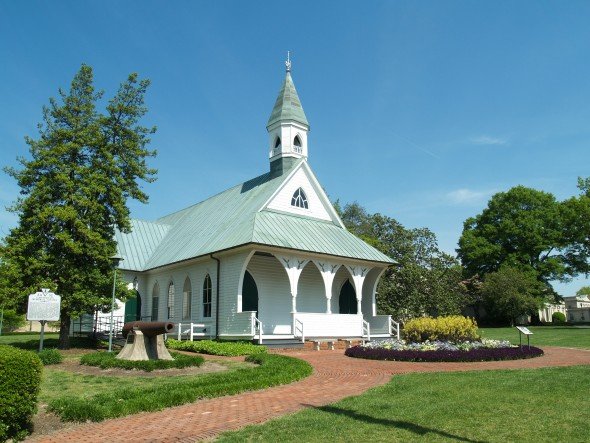 I was honored to receive an invitation to hold the national debut of my new book on Confederate General William “Extra Billy” Smith: From Virginia’s Statehouse to Gettysburg Scapegoat at the Confederate Memorial Chapel in Richmond, Va. Two of General Smith’s children contributed an impressive stained glass window in memory of their brother Austin E. Smith, a Confederate officer who died in action at the 1862 battle of Gaines’ Mill.

The chapel, owned by the Commonwealth of Virginia, is next to the Virginia Fine Arts Center and the Virginia Historical Society. Back in the Reconstruction years, these were the grounds of the Confederate Veterans Home. The only remnants of that once sprawling facility are the chapel shown above and the Robinson house, now an administrative center.

Extra Billy Smith’s daughter Mary Amelia helped finance the construction of a cottage on the grounds to house some of the old veterans in their golden years. The William Smith Memorial Cottage, like all of the houses and barracks other than the Robinson house, was razed in the 20th century.

Here are several more photographs of the historic old chapel and its interior. 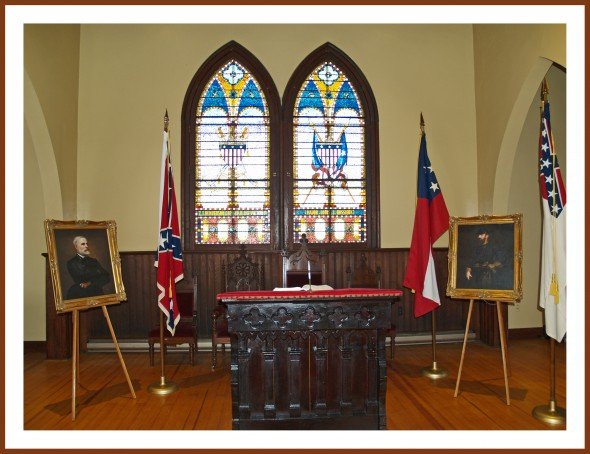 The front of the church’s interior features stained glass windows donated by the Henderson and Boisseaux families. Note the framed paintings of famed Confederate generals Robert E. Lee (left) and Thomas J. Jackson (right). Funerals were held in this chapel for more than 1,700 former Rebel soldiers well into the early 20th century. 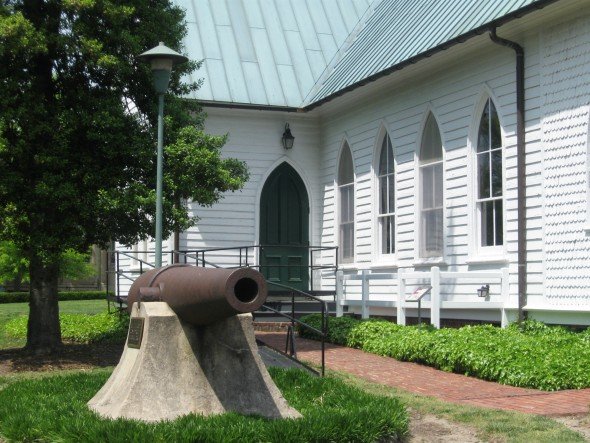 A small portion of the grounds of the Confederate Memorial Chapel (often nicknamed as the “Pelham Chapel” in memory of one of Lee’s favorite horse artillerists) is a small memorial park. The large cannon came from the Fort Sumter bastion in Charleston Harbor down in South Carolina. 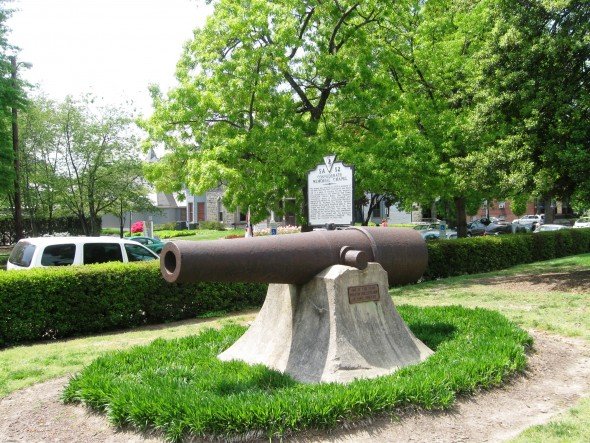 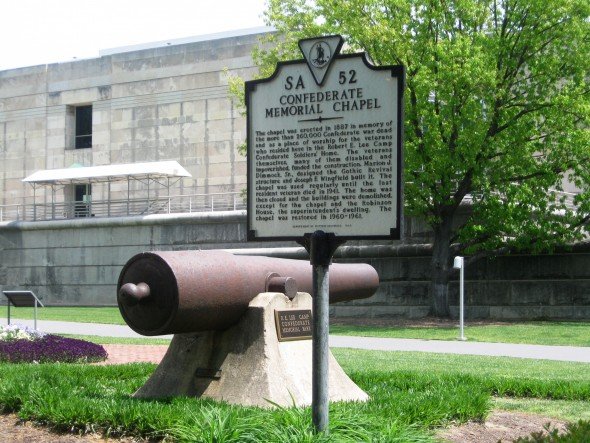 In recent years attempts have been made to halt the flying of the Confederate battle flag over the Confederate Memorial Park, as opponents fiercely cite racism while defenders equally espouse remembering the sacrifice of the Confederate veterans. It is true that the flag has come for some to symbolize racism post-war. To some descendants of Union veterans, it recalls a period of rebellion and disloyalty. To others, it is a reminder of Southern heritage. Personally, although I am a direct descendant of a 15-year-old Union drummer who marched with Sherman to Atlanta and then fought in Tennessee against John Bell Hood’s Confederates, I would agree that allowing the flag to fly over sites directly associated with Southern soldiers, although I recognize that many folks would object to this stance. 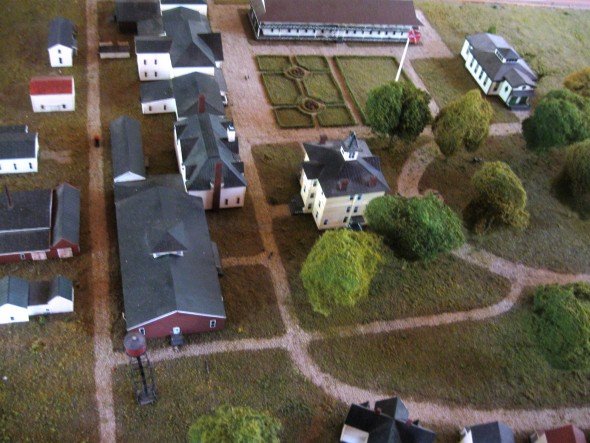 Inside the chapel is a nice diorama of the general layout of the grounds of the old postwar soldiers home. Former president U. S. Grant was a proponent of the establishment of this facility, which the Robert E. Lee Camp #1 of Confederate Veterans spearheaded. All monies raised were from private donations. At its peak, more than 300 veterans lived in the complex at any one time; more than 3,000 spent at least some time here as their home. They represented old soldiers from 33 states. When the last resident died in 1941, the Commonwealth of Virginia took over ownership of the site. 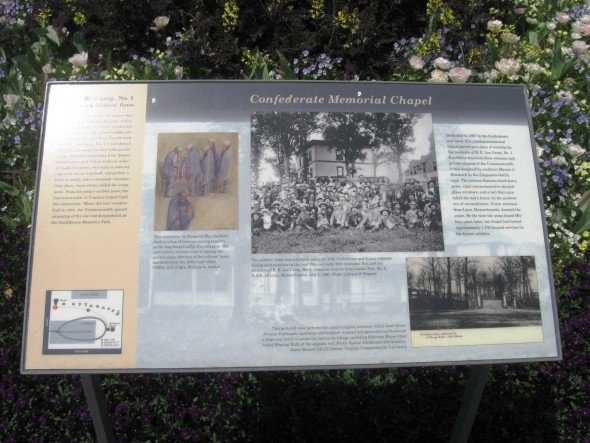 This wayside marker recalls the efforts to approve, fund, construct, and maintain the old soldiers home and the Confederate Memorial Chapel.

Stay tuned for part 2 of this photo essay, with several more pictures of the different stained glass windows.