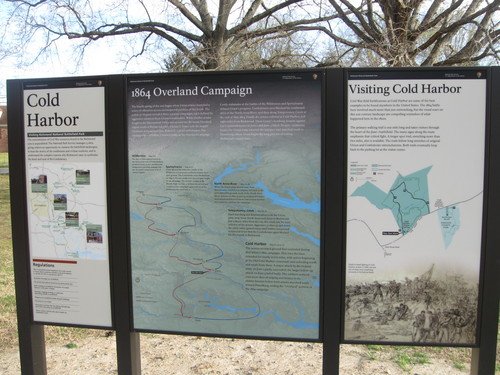 “Grant the Butcher.”
It was a derisive sobriquet that Union general Ulysses S. Grant would long regret.
Beginning on May 31, 1864, and continuing through June 12, Grant’s Army of the Potomac squared off with Robert E. Lee’s Confederate Army of Northern Virginia in fields and forests near Richmond, Virginia. A part of the Overland Campaign, Cold Harbor would go down as one of the worst killing grounds in American military history. While the defending Rebels lost some 4,500 men in their entrenchments, Grant, in a series of bloody and disastrous frontal assaults, would count almost 13,000 casualties according to some estimates over the two-week period. Recent scholarship by Gordon Rhea suggests a lower figure.
Most losses occurred in a single morning, June 3, when, as a Rebel described it, the “deadly, bloody work” commenced in earnest. One Yankee general deemed it a “wanton waste of life,” and refused to order his men to renew the ill-fated assaults. Author Rhea estimates that up to 6,000 Yankees fell that day, with 3,500-4,000 in the morning phase.
Grant would later write, “I have always regretted that the last assault at Cold Harbor was ever made. … No advantage whatever was gained to compensate for the heavy loss we sustained.”
For many of his casualties, it was their first, and last, Civil War battle.

Click each photo to enlarge it for easier viewing, particularly those of the wayside markers which follow.
Lee’s forces were heavily entrenched, and after almost 150 years of exposure to the elements, a portion of these earthworks still remain intact. A self-guided battlefield tour by car or foot will take the visitor past some of the more important positions for both Grant and Lee.
At times, the opposing trenches were only 100 yards apart.

The Cold Harbor tour begins at a small, red brick Visitors Center just off the public roadway. The VC features a handful of displays and relics, as well as a small bookstore. Free pamphlets are available to help outline the tour route and to explain some of the key battle actions.
A portion of the fighting occurred on the old 1862 Gaines Mill battlefield, which I discussed on my last Cannonball blog entry.

The tour begins on the Confederate side, which has some impressive remains of entrenchments. So much of the Cold Harbor battlefield has been lost over the years (most of it remains in private ownership) and many of the earthworks have disappeared to repetitive plowing over the 20th century.
Now the Civil War Trust is seeking to preserve an additional section of the battlefield and is raising $177,500 to fund the important acquisition.

“Lee’s army is really whipped,” wrote General Grant to his superiors in Washington shortly before the Battle of Cold Harbor. “I may be mistaken but I feel that our success over Lee’s army is already assured.”
U.S. Grant was mistaken.
Badly.

A significant number of the Union dead and wounded were from large regiments of Heavy Artillery, which had been transferred from the forts and works surrounding Washington, D.C., to the front lines to augment Grant’s manpower. Among these ill-fated regiments was the 2nd Connecticut Volunteer Heavy Artillery, whose sobering monument is one of the newest additions to the Cold Harbor Battlefield Park.

In 2008, the Civil War Trust placed the Cold Harbor battlefield on its Ten Most Endangered Battlefields list. Development pressure in the Richmond area is so great that only about 300 acres (1.2 km2) of what was once at least a 7,500-acre (30 km2) battlefield are currently preserved.
Efforts are now underway to purchase a very small, but significant historically, portion of the old battlefield immediately adjacent to the current park. Click here to learn more of the Civil War Trust’s efforts to purchase this land and preserve it for future generations.

Within just a few miles of Cold Harbor is the edge of Richmond’s ever expanding urban sprawl. A short drive takes you to an area of heavy traffic, congestion, strip malls, fast food restaurants, businesses, and modern American suburban ugliness.
I applaud the CWT’s efforts to keep trying to preserve our heritage through acquisition and preservation of historic ground.
Huzzah! Huzzah! Huzzah!