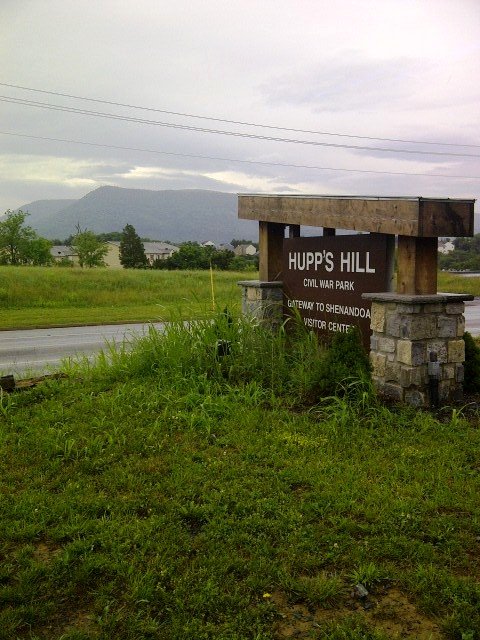 On my way to a speaking engagement on “The Northern Central Railway in the Civil War” at the Civil War Institute at James Madison University, I stopped by the small, but interesting Hupp’s Hill Civil War Park just north of Strasburg, Virginia. The Shenandoah Valley was of strategic importance to both the Union and Confederate war departments and saw considerable troop movement and battles throughout the war years, culminating with Phil Sheridan’s Valley Campaign of 1864.

Situated immediately above the now closed Crystal Caverns show cave, the Hupp’s Hill park has more than a mile of preserved earthworks dating from Sheridan’s time in the Valley, a small but quite interesting museum dedicated to the nearby Battle of Cedar Creek, and an interpretive Civil War Trail which passes a couple large sinkholes and the entrances to the caves.

At one time, besides the show cave, this site also had a miniature golf course and an auditorium where the likes of Patsy Cline and other famous singers once entertained tourists. The Stonewall Jackson Museum on the property closed several years ago. However, what is left is a well-preserved Civil War site with some excellent vistas of distant Strasburg, Massanutten Mountain, and the Valley.

Here are some photos from my recent visit. 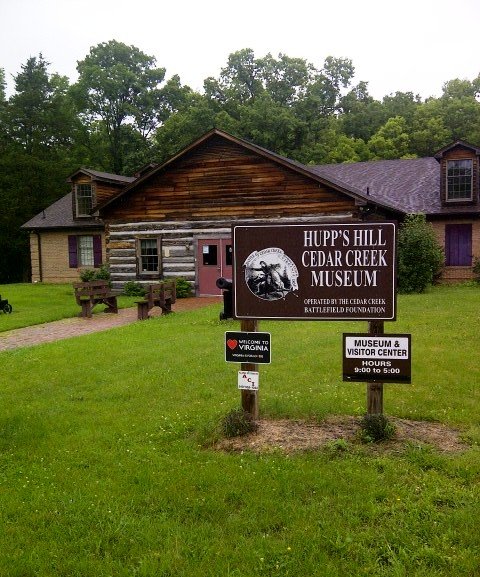 The Hupp’s Hill Cedar Creek Museum is the dominant structure on the hilltop and is a great place to park and start your tour. 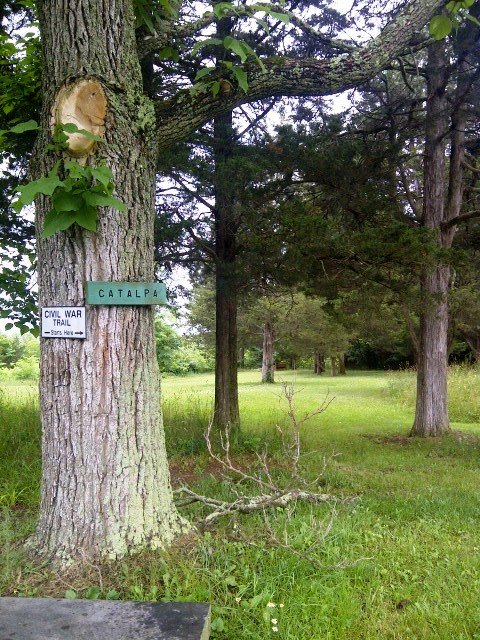 Begin at the old catalpa tree and follow the trail, signs, and interpretive markers. 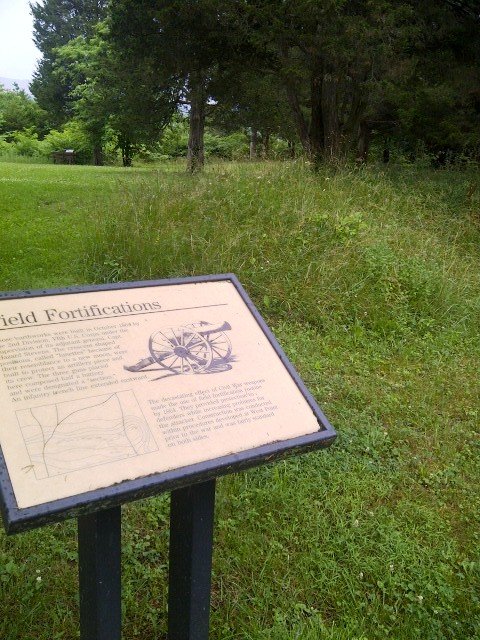 More than a mile of the old Civil War field fortifications are still intact. Please do not climb on the entrenchments or metal detect on this property. 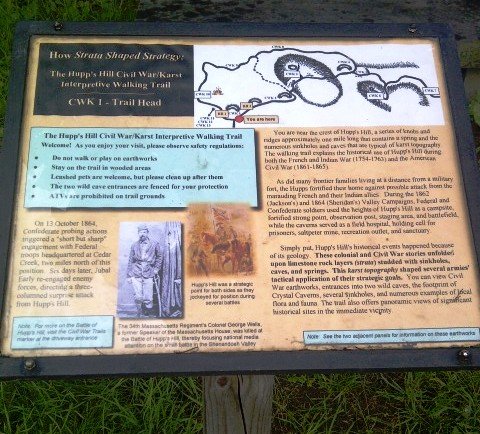 The interpretive markers are in chronological order and provide a good, solid overview of the history of the site from the Civil War era through the show cave era. 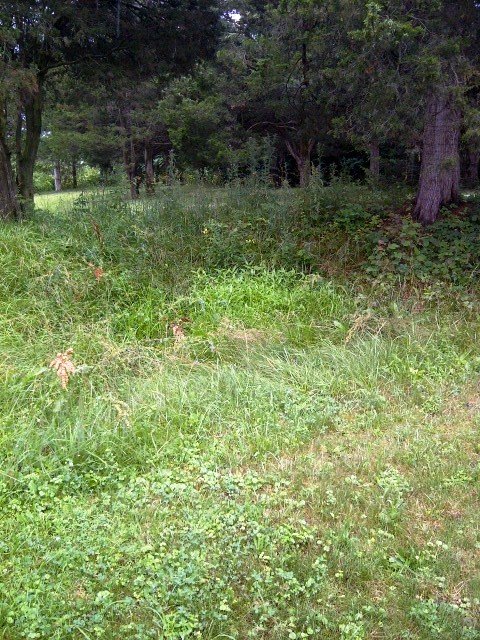 The grass-covered earthworks include several crescent-shaped lunettes, protective dirt mounds for artillery pieces and their crews. 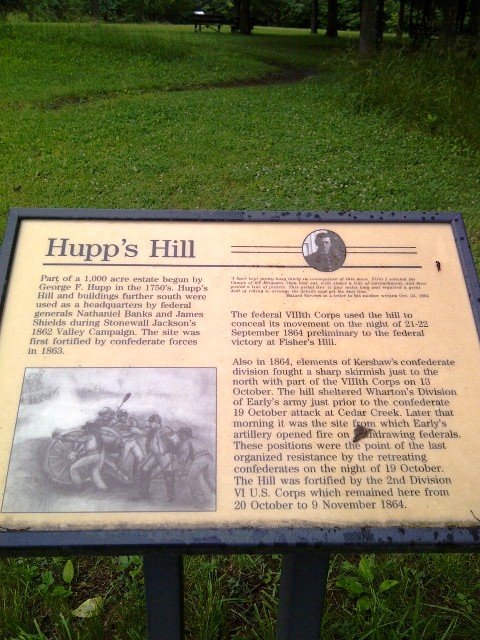 For a good overview of Hupp’s Hill and its military importance, please visit this website with a U.S. Army Staff Ride. 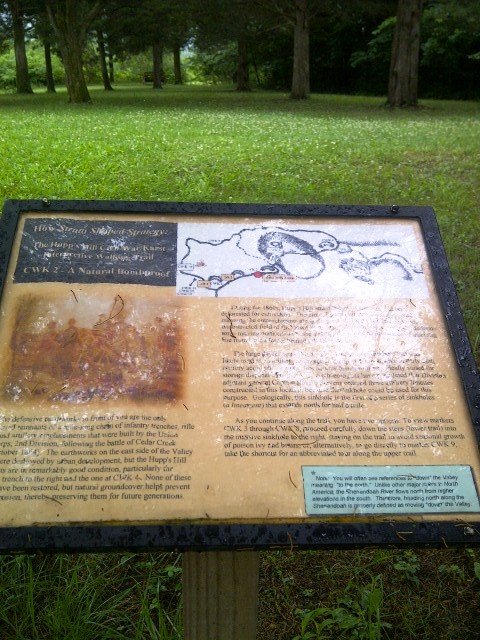 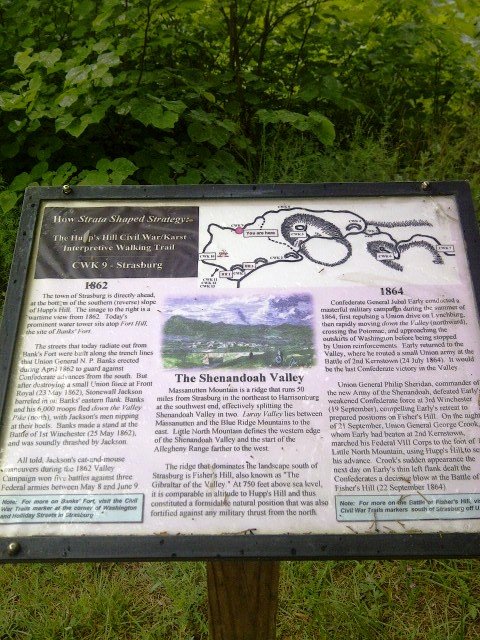 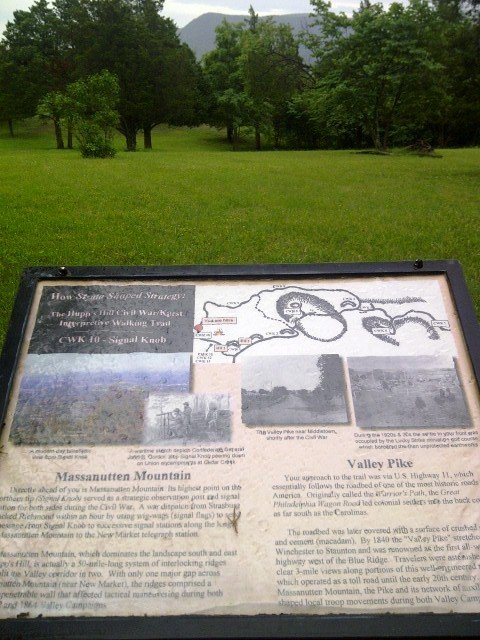 That’s the impressive Massanutten Mountain the distant background. The long, high mountain divides this part of the Shenandoah Valley in half, with the eastern portion being known as the Luray Valley. 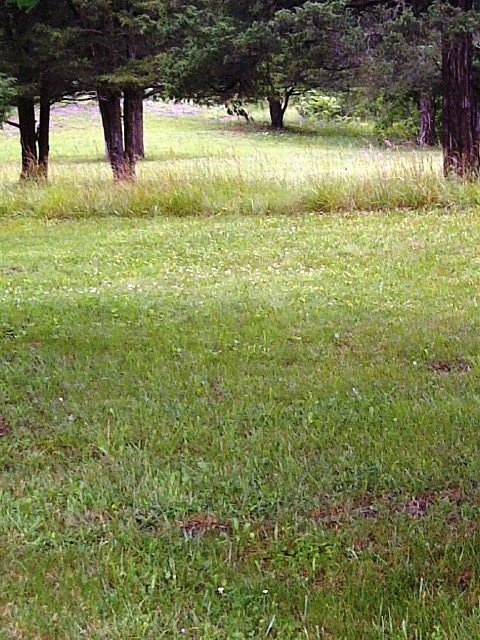 Another view of the linear works which Phil Sheridan’s blue-clad Union soldiers manned more than 150 years ago. 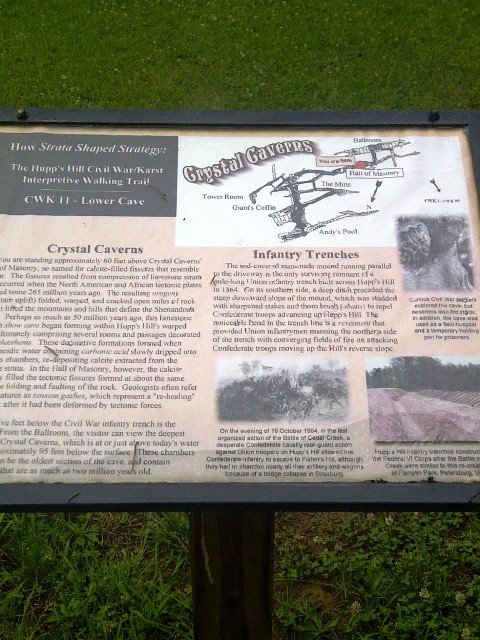 The Crystal Caverns attraction is closed to the public, but there are many nearby show caves in the region, including Shenandoah Caverns. 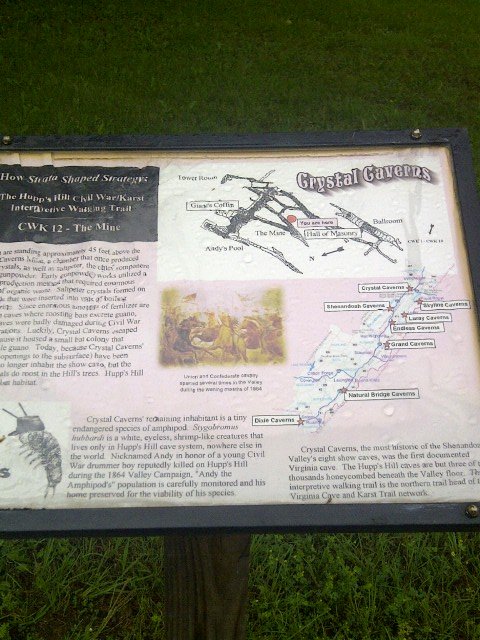 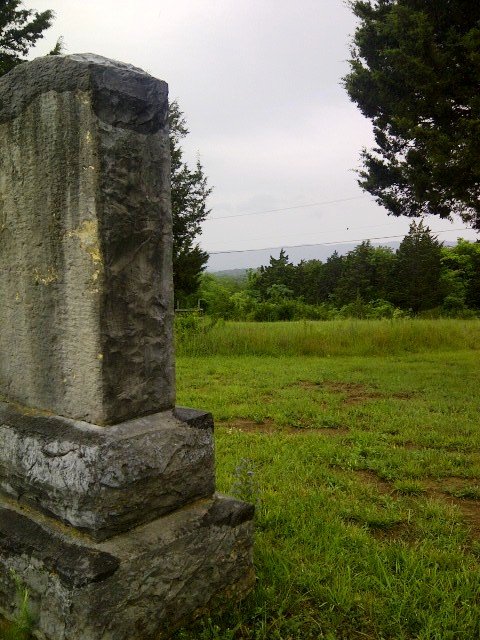 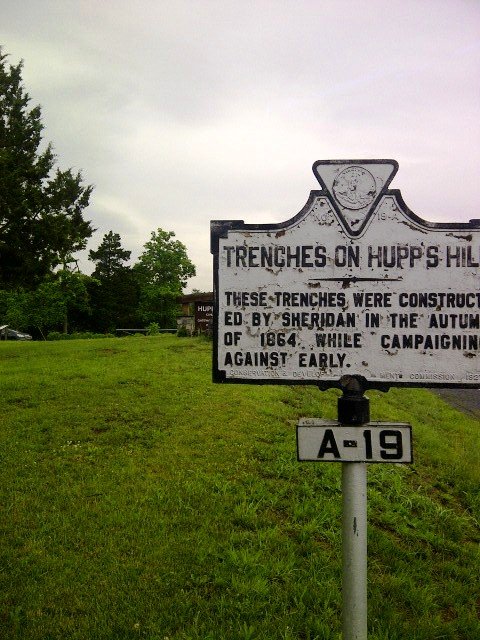 In Part 2 of this brief series, we will go inside the Hupp’s Hill Cedar Creek Museum.

Hupp’s Hill Civil War Park is about 2.5 hours south of York, PA, and is a delightful drive through the heart of the historic Shenandoah Valley.

Take I-81 south from Pennsylvania and get off on exit 75 (Strasburg). Turn left on U.S. 11 (the old Valley Turnpike) heading south. After one mile, turn right at the sign and drive up the gravel roadway to the hilltop. Parking is free, as is admission to the gift shop. The museum costs $5.00 but is well worth viewing.