A few weeks ago I visited the Hampton National Historic Site near Towson, Maryland. The centerpiece mansion was not open that day, but I strolled around the grounds and took several photographs.

The Hampton plantation played a key role in the events depicted in my upcoming book on the Underground Railroad in York County, Pa. (coming in 2016 from the York County Heritage Trust). Various members of the Ridgely family lived here in the late 1700s through the 19th century. Several of their slaves escaped over the years and headed north toward Pennsylvania. Several made it through York County and disappeared into the Underground Railroad network. A few others were recaptured and taken back to Hampton.

Here are some of the photos of the exterior and grounds… 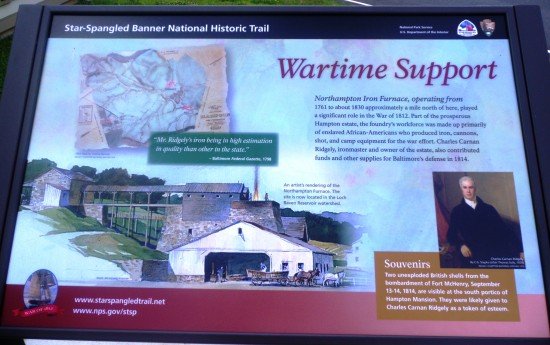 An iron furnace, with slave labor, provided a major source of income for the Ridgely family. The ironworks made cannonballs and ammunition for the Continental Army during the American Revolutionary War. 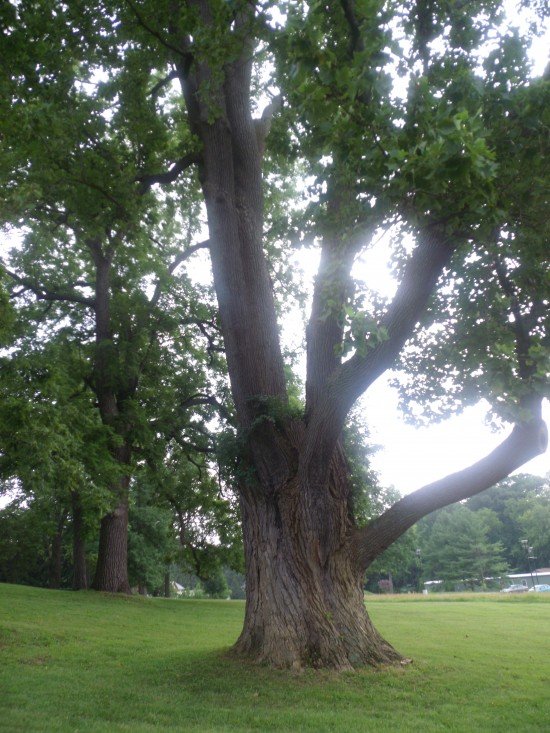 Sprawling old 19th century tree was likely there when the Ridgelys still owned the property. 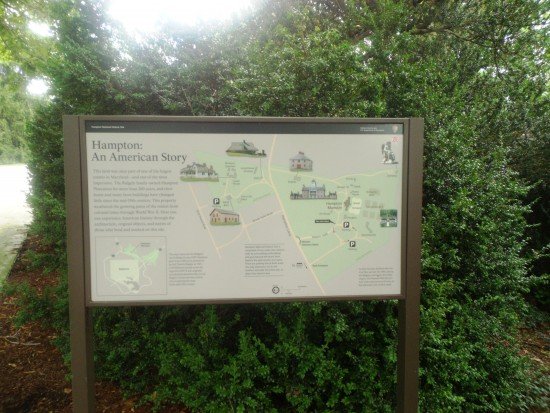 Wayside marker giving an overview of the property’s history, as well as showing the general layout of the remaining buildings and grounds. At one time, the entire estate at its peak consisted of more than 10,000 acres. Col. Charles Ridgely II bought the original tract in 1745 from Henry Darnall. At the time, the estate included “houses, tobacco houses, stables, gardens, and orchards.” His son Capt. Charles Ridgely III greatly expanded the enterprise, adding gristmills, orchards, and stone quarries. The latter Ridgely personally came into York County on at least a few occasions accompanied by his overseer and others to search for escaped slaves. 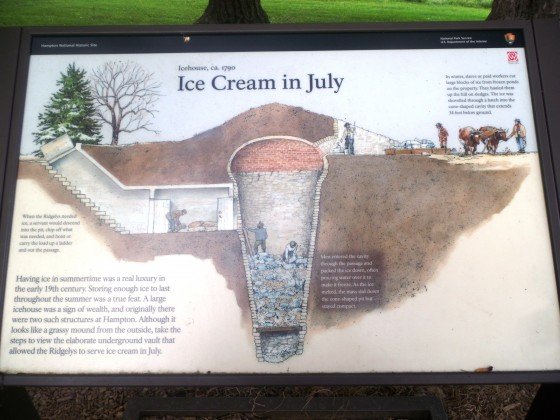 This industrious and ingenuous operation enabled workers and/or slaves to make ice cream for the Ridgelys and their frequents guests and family members. 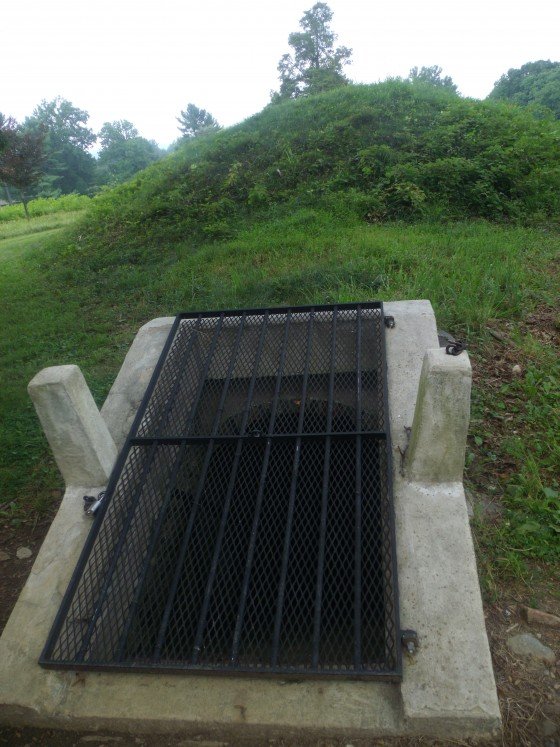 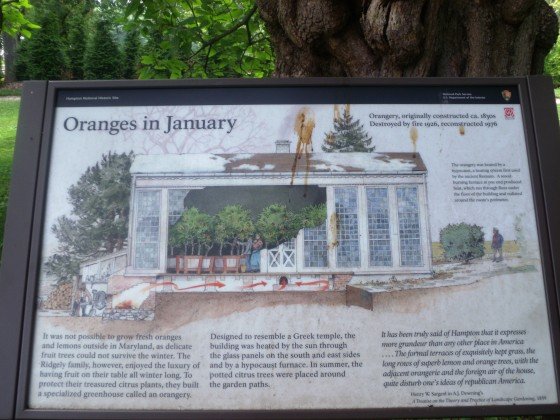 The Ridgelys could also enjoy fresh oranges throughout the year with this formal orangery. 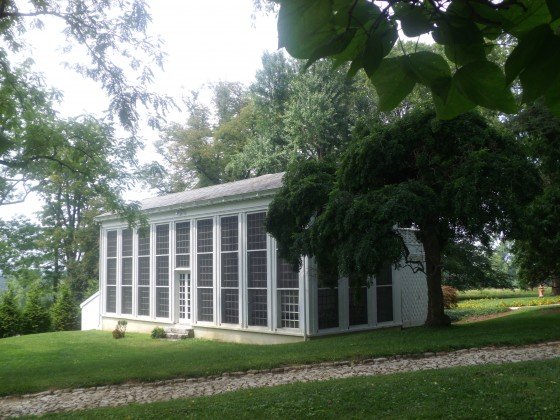 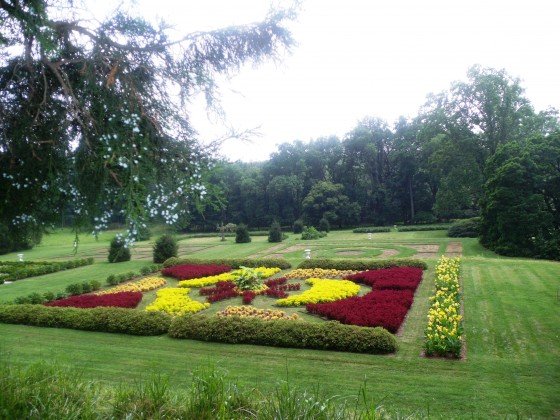 The formal gardens today are smaller than in the heyday of the Hampton plantation, but are still true to the original pattern. 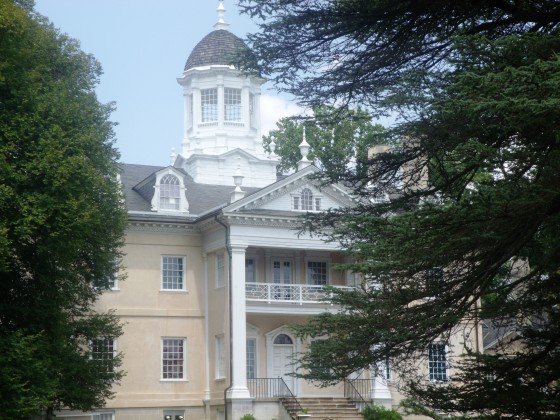 The  back side of the mansion.

Hampton National Historic Site is off of I-695 near Towson, Maryland. There is no admission charge. Check their website for hours and tour availability.