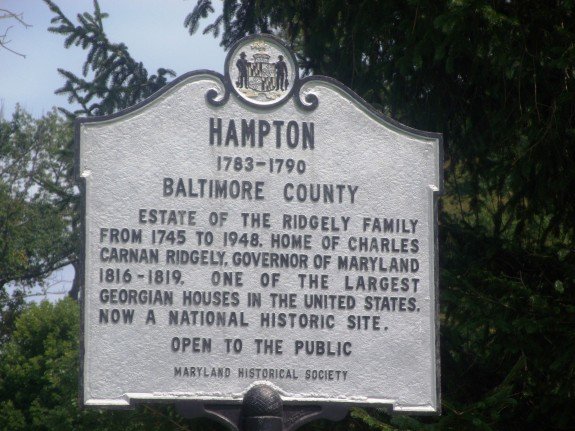 In part 1 and part 2 of this 3-part photographic tour of the Hampton National Historic Site near Towson, Maryland, we briefly looked at the impressive Georgian-style hilltop mansion where the prosperous and politically important Ridgely family once lived. They were among the largest land owners in all of Maryland, as well major slave holders, with more than 300 people in bondage during the peak years of the sprawling estate.

Charles Carnan Ridgely, the 15th governor of Maryland, was the master of the domain during the early 1800s. He was particularly noted for cruelty to his slaves, a number of which ran away and headed north toward the Mason-Dixon Line and perceived freedom in southern Pennsylvania. Several managed to make it successfully to York County; a few escaped into freedom and were never recovered.

Most of the slaves worked in the many farms, mills, quarries, orchards, ore mines, and ironworks which made up Ridgely’s holdings. One of these old farms, the one closest to the main mansion, has been restored and is now part of the Hampton National Historic Site.

Here are some representative photographs. 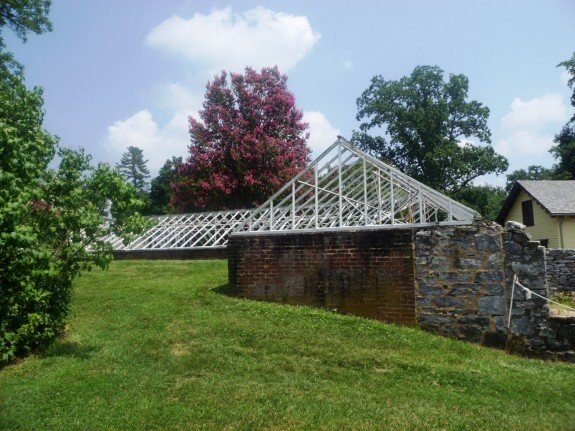 As one drives down the hill from the mansion toward the farm, on the right-hand side are the remnants of an old greenhouse. The Ridgelys enjoyed exotic plants, as well as fresh greens, and these large greenhouses provided a useful growing environment. 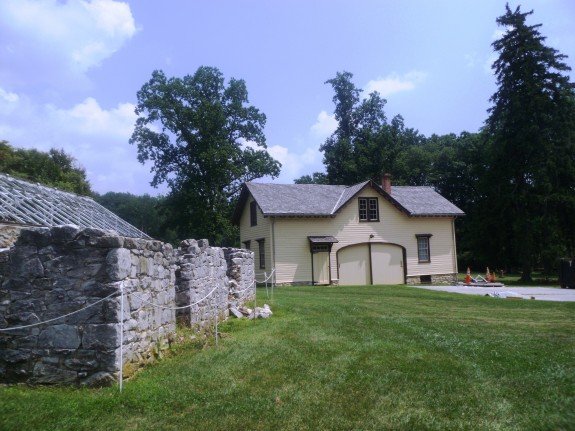 A view of the greenhouse with the restored carriage house in the background.

Here is a slave story which occurred at one of the ironworks (not preserved and not part of the Hampton National Historic Site).

In the winter of 1815, an enslaved iron worker named Charles left Ridgely’s ironworks. He was first “seen on the old York Road, near the Pennsylvania line, where Bob, who was off with him, was taken up.” Later he was spotted heading east in York County and inquiring as to the way to McCall’s Ferry, one of a dozen or more ferry services which crossed the broad Susquehanna. Unlike Bet, Charles is believed to have eluded Ridgely’s clutches and made it to safety. Some Maryland slaveholders went to their graves still hoping to recapture particularly valuable bondsmen. Shortly before he died, Edward Gill, Sr. of Baltimore County specified, “My will is that my negro man named Jerry who is at this time runaway shall be sold if ere he is caught and the Balance of the money arising from said sale after the expences are paid for taking him up I will and bequeath unto my dear wife Mary Gill.” There is no record of Jerry being recaptured once he reached York County. 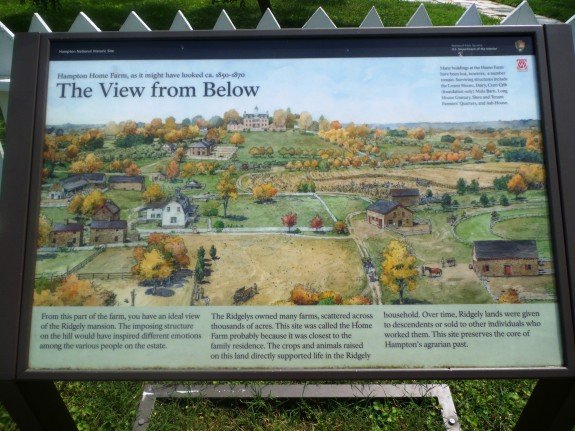 This sketch shows the mansion at the top-center, with one of the working farms at the bottom. This is the restored farm which remains as part of the National Park Service’s holdings. 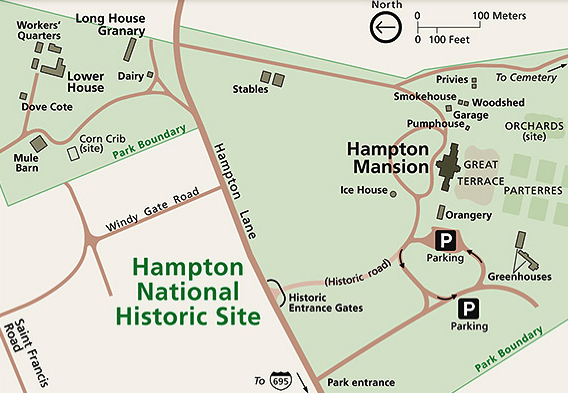 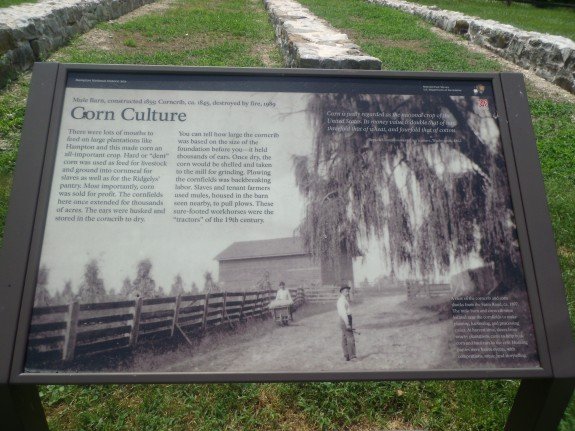 Corn was among the most valuable cash crops the Ridgelys’ slaves European indentured servants raised on the various farms. This wayside marker recalls those days. 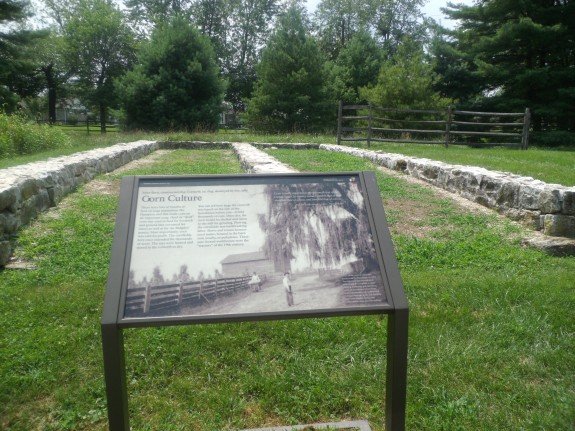 The foundation stones of the long-gone corn storage facilities are behind the modern wayside marker. 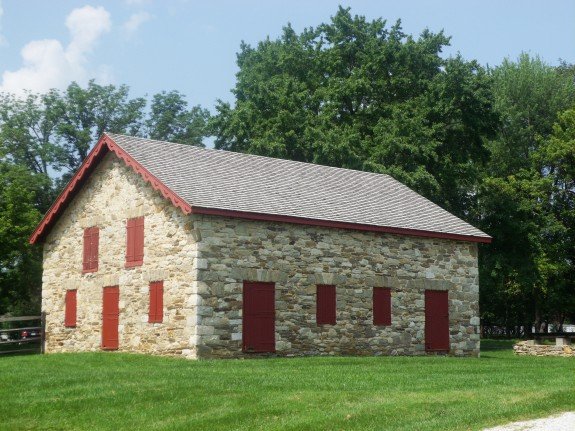 This nicely restored stone edifice is the old barn used to house mules. 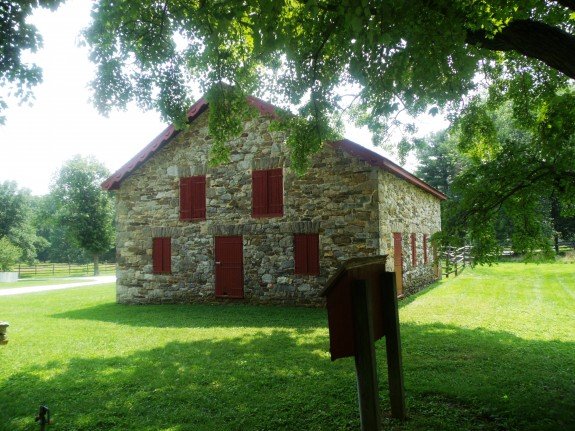 Another view of the mule barn at Hampton. 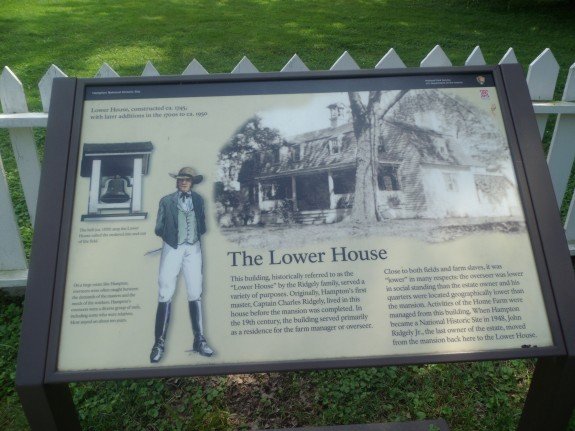 This wayside marker describes the Lower House, where the farm’s overseer lived with his family. After the death of Charles Carnan Ridgely, his son John inherited the estate. Here is a story from my upcoming book on the Underground Railroad in York County…

“John Ridgely, the owner of the vast ‘Hampton’ plantation in Baltimore County following his father Charles’s death, was very concerned about his slaves making it to the Keystone State. He suffered the periodic loss of his chattel and often had his overseer, Elisha Parks, issue notifications in several regional newspapers including this example from December 1835:

$100 REWARD.—Ran away from Hampton Farm, about nine miles from Baltimore, on the York Road, on Sunday 29th November, negro SARAH, a mulatto woman, about 40 years old, about 5 feet 6 or 8 inches high. She took with her a variety of clothing. The above reward will be paid for her apprehension and recovery, if taken out of the State, or $50 if within the State, with reasonable expenses, by ELISHA PARKS, Manager” 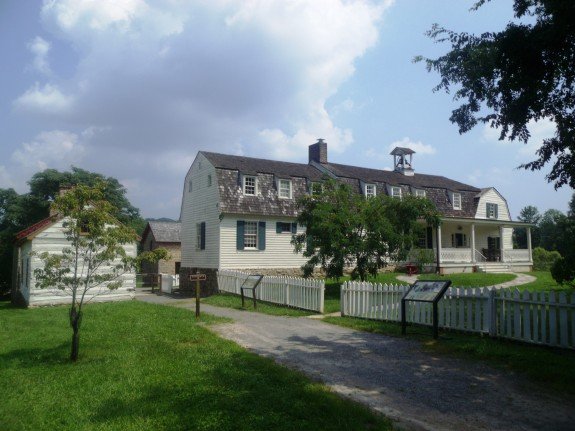 Managers and overseers such as Elisha Parks lived in comfortable homes on the individual farms throughout the Hampton estate. 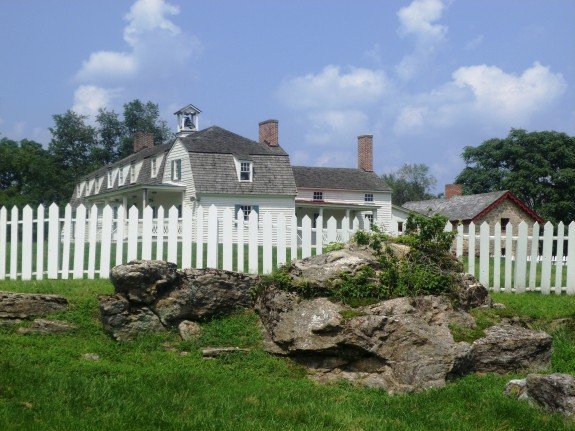 Another view of the manager’s home at Hampton National Historic Site. 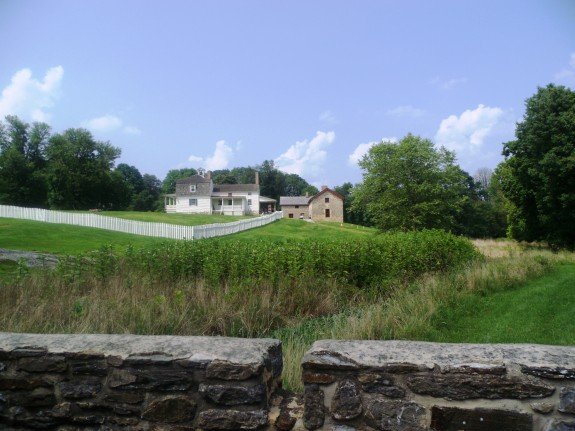 View of the Lower House (left-center) and the nearby slave quarters (right-center) taken from the dairy building. 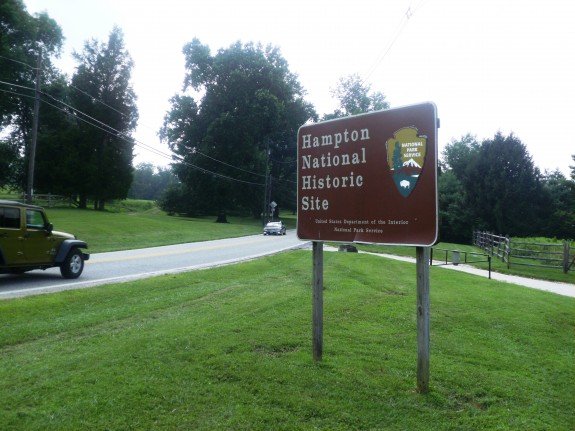 Hampton National Historic Site is less than an hour’s drive south of York County, Pennsylvania, not far from I-695. Back in the early 1800s, that trek was considerably longer, particularly for fugitive slaves trying to escape the Ridgelys and their overseers.