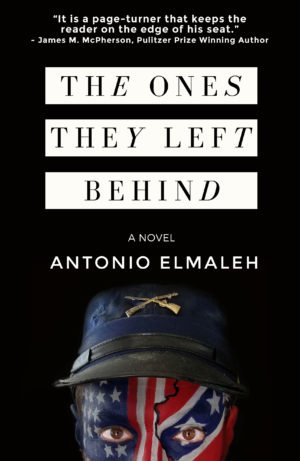 Following the Civil War, most veterans returned home to their families, jobs, and communities. Some found things unchanged; others faced uncertain futures, particularly in the South. Large numbers of veterans struggled with chronic illnesses and pain; some ended up in sanitariums or hospitals. Others drifted westward to new lives on the frontier. At veterans reunions and around town gathering places, old soldiers discussed the war and their exploits and recalled fallen comrades.

For one former infantryman, Gilbert H. Bates, a chance bet in February 1868 became the impetus for a widely celebrated 1,400-mile solo march through the deep South while carrying a U.S. flag. Bates, a former sergeant in the 1st Wisconsin Heavy Artillery, believed he could emerge unharmed and would be warmly welcomed; others thought him a fool. The war had only been over for five years; the scars and bitterness remained. Yet, Bates, undaunted and unarmed, successfully made his way from Vicksburg, Mississippi, through the Deep South and up through Virginia, finishing in Washington, D.C.  He wrote a pamphlet on his adventure and drew the admiration of Mark Twain and others. Later, he made a similar march across England, again carrying an American flag.

Bates’ adventures have long slipped into obscurity, but they provided the inspiration for a new historical fiction very loosely based upon his march through Dixie.

Antonio Elmaleh, a film producer and distributor and real estate developer, transformed Bates’ actual story into a sweeping fictional book telling the story of Harriman Hickenlooper, a former soldier in an Iowa regiment who had marched to the sea with General Sherman’s forces in 1864.

The novel is titled The Ones They Left Behind. Famed professor and Pulitizer Prize-winning author James B. McPherson deems it “a page-turner that keeps the reader on  the edge of his seat.” He’s right. This is indeed a compelling book.

After the war, the fictional Harriman Hickenlooper had struggled to hang on to his farm, which is heavily mortgaged. After a challenge from former comrades in the 6th Iowa Infantry, he bets the mortgage with a local banker, who happens to be his former regimental colonel. Like the real-life Gilbert Bates, Hickenlooper sets out alone with his flag and heads south on a journey not only of reconciliation and self-actualization, but one that also ends in personal  redemption. Along the way, he meets several memorable people (both good and bad) and finds an unexpected new path for his life, one with a personal twist based upon his war-time experiences.

Elmaleh has crafted a well-written story line that flows well and engrosses the reader. His characters are well developed and believable, with period-appropriate dialogue. The author heavily researched the history of Sherman’s March and visited many key battlefields along the way, drawing upon the expertise of the National Park Service rangers and other experts. As a result, the historical context of Elmaleh’s fictional work is solid.

With plenty of plot twists and individual subplots, this compelling page-turner is one of the better historical fictions of recent vintage. One can readily tell the author has a background in film production, as it reads like the plot of a good movie (and perhaps someday deservedly will be transformed into a screenplay).

It’s a fine Christmas gift for the Civil War buff or historical fiction buff on your shopping list.

And, to help with that task, Elmaleh’s publicist, Joe Marich, has graciously made two copies of the novel available for Cannonball readers.

To be entered into the drawing for the books, please write a blog-length essay on why we as modern Americans should continue to study the Civil War, learn from it, and apply its lessons to current affairs and social norms. How does the war resonate for you? What drew you to it? Is it the people, the places, the battlefields, the social norms, the heroes and villains, the period clothing, or something else? How can we honor the memory of past soldiers (North and South) while respecting the opinions and feelings of those who may not agree with us? Did you have ancestors in the war, and how does your own family remember them?

These are just some food for thought and inspiration. Please send me your essays by January 1, 2017. I will RANDOMLY select the two winners and will publish your thoughts as guest bloggers. Send them to scottmingus@yahoo.com, please.