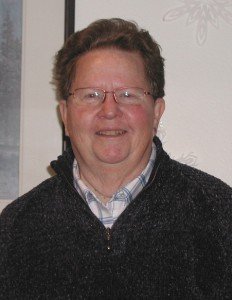 Dr. Carol Reardon will speak on “Beyond Jomini: Military Thought in the North During the Civil War” at the Friday, April 20 meeting of the Harrisburg Civil War Round Table. The talk draws upon her most recent book, With a Sword in One Hand and Jomini in the Other: The Problem of Military Thought in the  Civil War North, which will be published by the University of North Carolina Press in May 2012.

The title calls attention to the prolific Swiss military writer Antoine Henry Jomini–whose name many students of the Civil War will recognize as a kind of intellectual godfather to the generals and senior political leaders of the conflict. Dr. Reardon will offer a fresh look at the role that formal military theory played in the Northern war effort.

A native of Pittsburgh, Dr. Reardon is the George Winfree Professor of American History at Penn State University and a scholar-in-residence of the George and Ann Richards Civil War Era Center at Penn State. In addition to leading many military staff rides on Civil War battlefields for Army, Navy, and Marine Corps units, she has served as visiting professor of history at West Point and as the Harold K. Johnson Professor of Military History at the Army War College. From 2005 though 2009, she served as president of the Society for Military History, the flagship professional organization for all military historians. Her other books include Pickett’s Charge in History and Memory which explored how our understanding of the great charge at Gettysburg first emerged and changed over time.