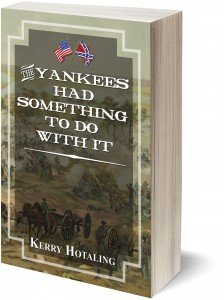 “The Yankees had something to do with it,” Maj. Gen. George Pickett reportedly said when asked why the Army of Northern Virginia had lost the battle of Gettysburg. Author Kerry Hotaling uses that well known phrase as the title of his new work of historical fiction which according to his publisher, “brings the reader onto the battlefield and into the strategy sessions during the Gettysburg Campaign from the viewpoint of several Union generals that “had something to do with it”! Experience the campaign as it unfolded for these men. General Doubleday, General Hancock, General Warren and General Meade are a few of the characters who bring the story of Gettysburg to life.”

Unlike many works of fiction which, frankly, are written by folks far better at creating stirring dialogue than in checking their historical facts, Hotaling  does not stray far from the general outline of the Gettysburg campaign and the three-day fighting around and in the town. He creates realistic dialogue, often based on official reports, known letters and reminiscences, etc. and does so in a plausible fashion. His story line revolves around several senior Union generals whose actions had a significant impact on the ultimate construction of the battle. Much of their dialogue, of course, is made up by the author, but they fit the personalities rather well and fit within the direction the author is taking in interpreting each officer’s personality traits.

His handful of maps are hand-drawn, but adequately augment the prose and give the casual reader a cursory understanding of key terrain locations, roads, and high level troop positions. 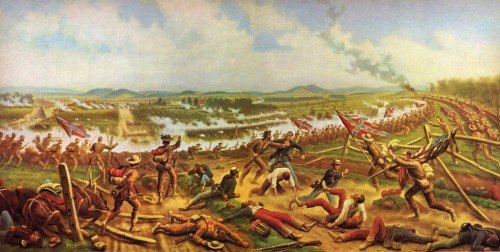 Author Kerry Hotaling is a long-time member of the Friends of Gettysburg and has been active for almost a decade in helping with the rebuilding of historic fence lines in various places on the battlefield park. He has also been one of the volunteers who annually light candles on the graves in the Gettysburg National Cemetery during the illumination ceremonies each Remembrance Day. He is also the author of What they Endured What they Wrought, a history of what some of the regiments experienced in the Battle of Gettysburg. 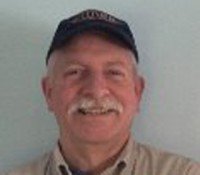 Hotaling makes no attempt to tell the entire story of the battle of Gettysburg, nor does he shy away from the fact that most of the dialogue of the Union generals is made up. However, in his own words, “This book presents the battle of Gettysburg in story form. It is my hope you will be drawn into the story and get a sense of what these men experienced and the decisions they made as the battle unfolded before them. All the dialogue is of course fictional, but is based on the post battle writings of all involved.”

Here is an example of Hotaling’s word pictures in action. The scene is Union Army of the Potomac commander Maj. Gen. George G. Meade sitting with his chief of artillery, Brig. Gen. Henry J. Hunt on the morning of July 3, 1863, as hot coffee has just been delivered.

Hunt took a sip. “Is there anything better in combat than a fresh cup of coffee?” he asked.

The silence from that statement hung in the air. They each stared into the silence.

“I’m just tired, Henry,” said Meade. “We are butchering a generation of men. I am wondering what will be left when this is all over?”

To order, or for more information, visit the publisher’s website. There, you can read several sample pages to get a better flavor for the tenor of the book and the quality of the writing.