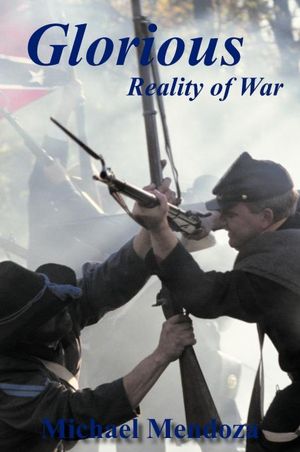 New Mexico-born educator and long-time Baptist pastor Dr. Michael Mendoza has published his first book, an interesting fictional book based upon the real-life memoirs and exploits of Civil War veteran Charles Wesley Rickard. Glorious Reality of War drew its inspiration from Rickard’s 17-page letter to his adult daughter which he wrote as a senior citizen in 1925. He had enrolled as a 15-year-old fifer / musician in the 24th Iowa Infantry during the war and had later served as an infantryman.

Mendoza deftly blends actual events of the 24th Iowa (including its movements, camps, and battles) with Rickard’s memories and what facts are known of his life and that of the other real-life characters in the novel. The author creates dialogue and other situations young “C. W.” faces in what is an entertaining, yet convincing mix of history and invention. 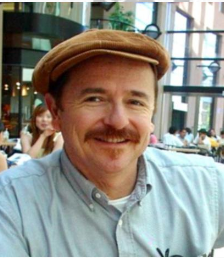 First-time author Michael Mendoza holds a PhD in Divinities as well as masters degrees in divinity and history. He pastored churches in Illinois and California, sold antiques and collectibles on eBay, and is now an adjunct instructor at Central Texas College.

Mendoza’s writing style is free-flowing and narrative, with useful work pictures and images. Typical of his format and imagery is this passage concerning one of the supporting characters:

“Heffelfinger heard the steady thud of lifeless bodies dropping to the ground all around him. In the midst of the shouts of agony, blasts of artillery exploded nearby. Men cried in anguish hit by shrapnel from cannonballs that ripped their limbs from them. He heard the sound of minie balls buzzing past his head and saw the rest of the men beginning to fade in their resolve. Were they beginning to break ranks? The men were overpowered. At first, Heffelfinger felt hesitant and disoriented. Suddenly, his bewilderment turned to determination and rage.

‘Haaaaaa…’ he screamed out, as he took aim at a gray blur that must have been the enemy. ‘If I gotta die today,’ he screamed, ‘I’m going to take a bunch of you blasted Rebs with me. I’ll get you no good Johnnies. I’m going to drop every last one of you.’ He ran straight into the crowd of gray coats just ahead of him.

His charge sparked the rest of the men onward. Every man who had felt like withdrawing now felt courageous and invincible. It was only after they had fought back the line of Rebs in hand-to-hand combat that anyone realized that Heffelfinger had fallen.”

Michael Mendoza’s new book Glorious Reality of War is available from many on-line Internet book retailers, including amazon.com and Barnes & Noble, as well as from the publisher, AuthorsHouse.  He maintains a personal website with additional links on where his book can be purchased.