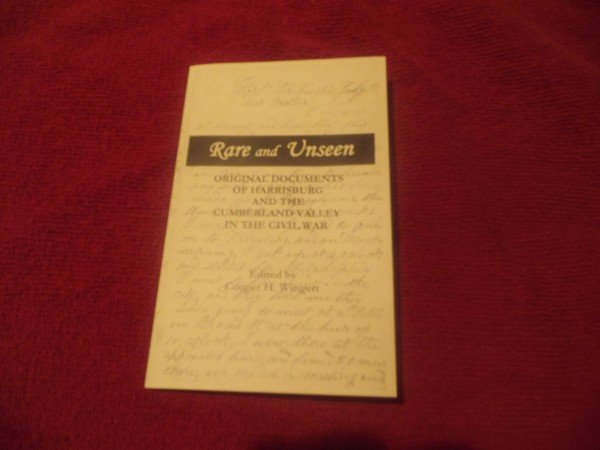 Popular Cumberland County, Pennsylvania, author Cooper H. Wingert has self-published a small, but interesting booklet with several never-before-published letters from Civil War soldiers from the Cumberland Valley region of Pennsylvania. He has also included a few scarcely known newspaper clippings which have likely not been seen since their publication more than 150 years ago. Several are transcripts of letters from his own personal collection.

Entitled Rare and Unseen: Original Documents of Harrisburg and the Cumberland Valley in the Civil War, this booklet includes a fascinating account of the Confederate occupation of Carlisle, including a description of a boisterous major who sits on his horse in the town square with a whiskey bottle protruding from his pocket while he makes demands on the townspeople. Another entry is the last known letter from a soldier written before his death. Yet another is an early account from a soldier from the oil fields who is off to do his duty as the Confederates threaten his state. 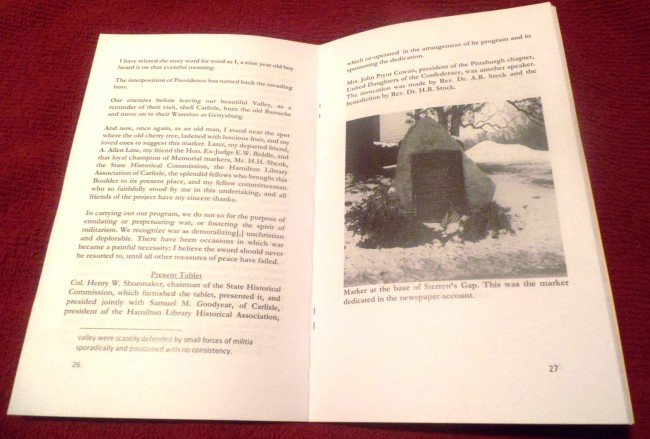 The above entry discusses the northernmost Confederate advance into Pennsylvania, the incursion to Sterrett’s Gap. Cooper has uncovered some of the earliest accounts of the dedication and installation of memorial markers near the site.

For those who are interesting in Harrisburg’s rich Civil War history, Cooper’s new booklet is a welcome addition to memorialize several heretofore lost accounts, adding to the historiography.

Contact the “Civil War and More” bookstore in Mechanicsburg, Pa., for more information. (717) 766-1899 or civilwarandmore@gmail.com