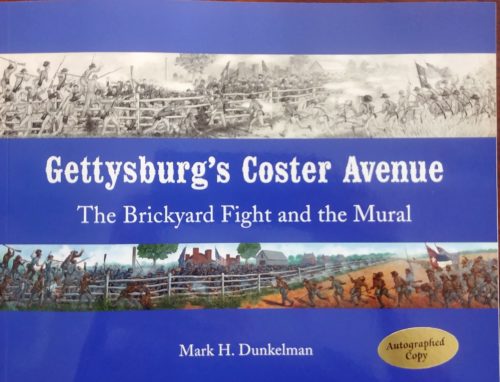 On the cloudy morning of Monday, June 29, 1863, Confederate Colonel Isaac E. Avery awoke in the U. S. Army General Hospital on the south side of York, PA.

He was not a patient.

He was an enemy soldier, occupying the facility in a time of war.

Avery and his North Carolina brigade of infantrymen had marched into downtown York the previous day and had taken quarters in the hospital (opposite today’s William Penn High School), the nearby buildings of the York fairgrounds (then near King and Queen streets), and the twin market sheds in the town’s center square. They were part of Major General Jubal A. Early’s division which had marched to York after leaving Gettysburg on Saturday morning, June 27.

Little did Colonel Avery know as he stirred on Monday morning and prepared himself for the day, that he only had a few days to live. He and his men would march back to Gettysburg, a town they had abandoned to come to York, and have to fight the Yankees there.

On July 1, Avery’s Tar Heels, along with Brigadier General Harry T. Hays’ famed Louisiana Tigers, attacked three regiments of Union Colonel Charles Coster’s outmanned brigade near John Kuhn’s brickyard north of Gettysburg and drove them back through the streets to Cemetery Hill. The following day, Colonel Avery was mortally wounded in an ill-fated attack on the new Federal position on Cemetery Hill. He famously scrawled a last message, “Tell my father I died with my face to the enemy.”

More than 100 years later, artist Mark Dunkelman, a descendant of one of Coster’s New York soldiers, created a vibrant, colorful mural depicting Coster’s July 1 defense against Avery’s attack. Recently, Gettysburg Publishing has released a new version of Dunkelman’s book about the fighting and the subsequent creation of the mural.

Dunkleman recounts Avery’s and Hays’ attack, while giving the background on Coster’s brigade and its movements to Pennsylvania. He neatly summarizes John Kuhn’s brickyard and his business, and their role in providing bricks for the expansion of Gettysburg as new houses were erected in the years before the battle. Dunkelman recounts the story of his ancestor and the stubborn defense of the brickyard line, which may have slowed the Confederate momentum enough to blunt a possible later attack on Cemetery Hill.

The book is short (less than 50 pages) but is chock full of interesting and useful information on the Coster-Avery-Hays fight for Kuhn’s brickyard and Dunkelman and his team’s creation of the mural (and subsequent repainting efforts by Dunkelman and Johan Bjurman). The new book is imminently readable, well laid out,  profusely illustrated, and footnoted. It is an improved reprint of the long-out-of-print first edition.

I highly recommend it to anyone interested in the mural, the fighting on Day 1, or what happened to the soldiers who marched into York, Pennsylvania, the final weekend of June 1863 (York was the largest Northern town to fall to the Confederates in the entire Civil War / War between the States). 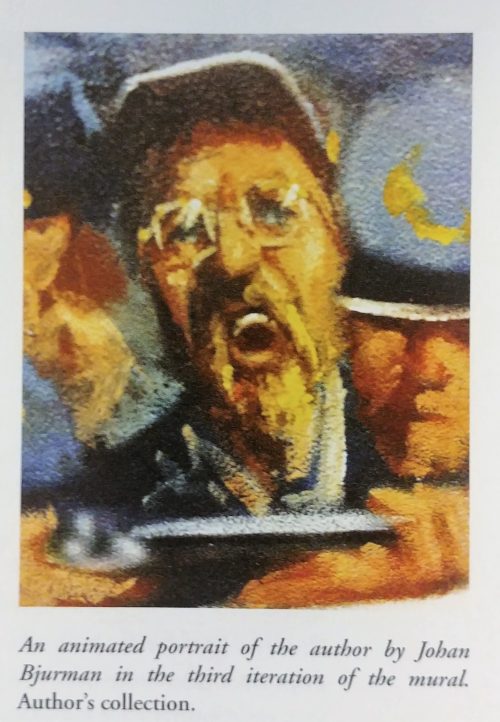 In the spirit of the Gettysburg Cyclorama, the artist is portrayed as a soldier in the ranks of the fighting men.