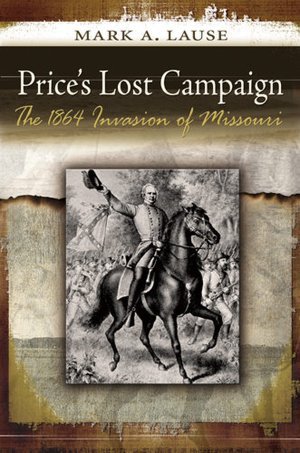 I have long been interested in Confederate general Sterling Price, who in his day was quite famous but today rarely comes to mind when the general public thinks of Civil War generals. Price’s 1864 campaign to transfer control of Missouri to the Rebel cause is the subject of a new book by longtime author Mark A. Lause, a professor of history at the University of Cincinnati.

Published by the University of Missouri Press, this book is the latest in their scholarly, peer-reviewed book series, Shades of Blue & Gray. This series also includes local author Dennis W. Brandt’s award-winning From Home Guard to Heroes, his fine book on the 87th Pennsylvania.

Dr. Lause’s book is entitled Price’s Lost Campaign: The 1864 Invasion of Missouri, and is a fine addition to the historiography of the the Trans-Mississippi Theater. Missouri, although a slave state at the beginning of the war, became a battleground between pro-secessionists and loyalists striving (successfully as it proved) to hold Missouri in the fragile Union. Lause elegantly examines the political and social aspects of Missouri, placing Sterling Price’s plans to invade the “Show Me State” in their proper context. 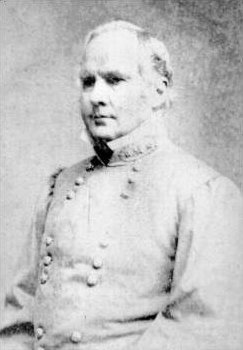 Sterling Price (September 20, 1809 – September 29, 1867)  was a former Governor of Missouri and wealthy plantation owner and slave owner who had served in the Mexican War as a U.S. army general. His men had fought several battles early in the Civil War, and his fame had spread throughout the South. A Rebel gunboat, the Sterling Price, plied the Mississippi until being captured by the Yankees and returned to service in the U.S. Navy.

Mark Lause’s new book effectively discusses and interprets Price’s raid, which in the autumn of 1864 created chaos and consternation for Union commanders throughout Missouri. Price led a force estimated as high as 15,000 men on a lengthy trek of more than 1,500 miles.  Price fought a series of battles against various Federal forces before finally being beaten soundly at the Battle of Westport, which became known widely as the “Gettysburg of the West” for its strategic importance and similarity in that Price ordered multiple charges against strong Union defensive positions, with results comparable to Robert E. Lee’s efforts a year earlier. Price’s defeat at Westport effectively ended his Missouri raid, much like Gettysburg ended Lee’s Pennsylvania incursion.

Lause’s writing style is crisp and lucid, and his grasp of the overall strategic situation is commendable. It is coupled with detailed, yet understandable, descriptions of the individual battles and the tactics employed by Price and his adversaries such as Union generals Samuel R. Curtis, Thomas Ewing, James G. Blunt, and Alfred Pleasonton.

Price’s Lost Campaign should be required reading for anyone interested in fully understanding the actions in Missouri in late 1864 and the state’s importance to both the Confederate and Federal causes. Well worth a read!

University of Missouri Press, “Shades of Blue and Gray Series”

Available from amazon.com and leading Internet retailers, as well as most national bookstores.