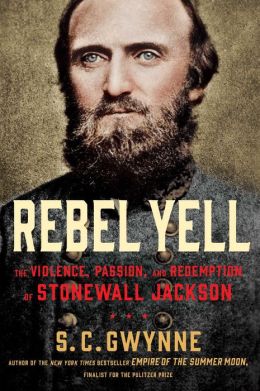 Thomas Jonathan Jackson at the beginning of the War Between the States was a rather obscure Confederate general. A professor at the Virginia Military Academy, he had enough political connections, military training, and stature to secure a commission as a brigadier, but few knew how transcendent he would become in the lore of the Civil War. Early on nicknamed Stonewall Jackson for his exploits (or, in the belief of some detractors, his stubbornness in not moving forward) at Manassas, Jackson cemented his legend in 1862 with his triumphs in the Shenandoah Valley and his hard-hitting performance in the bloody battles of the late summer at Second Manassas and Antietam.

By the time of his death in May 1863 from the complications of pneumonia following the amputation of his left arm, Jackson was a celebrated hero to much of the Southern populace. His demise led to widespread extended periods of mourning and led many to speculate for years “what if” Jackson was at Gettysburg, or the Wilderness, or Spotsylvania, or, or, or.

Renown Old West author S. C. Gwynne, a finalist for a Pulitzer Prize and the National Book Critics Circle Award for his highly regarded book Empire of the Summer Moon, now has added his spin to the litany of biographies of Stonewall Jackson. 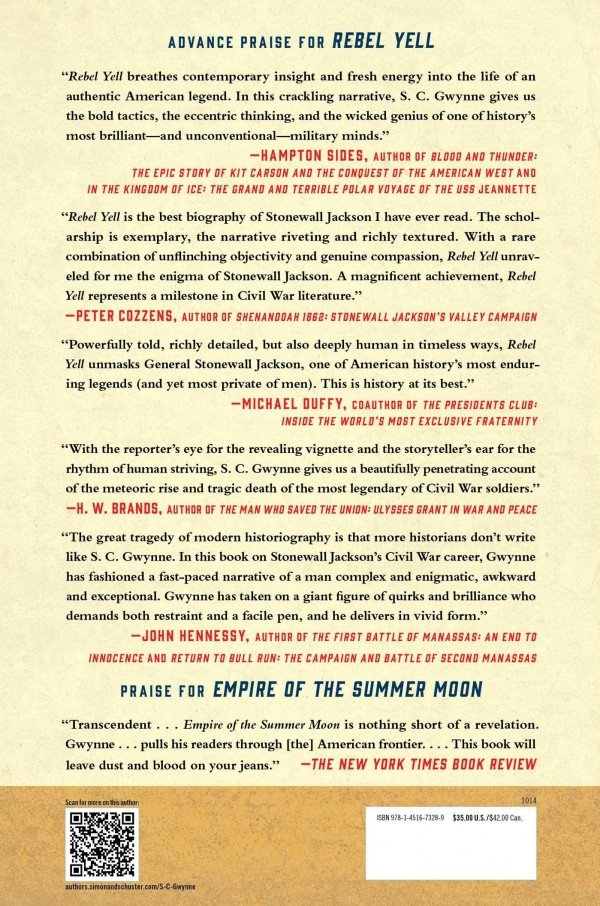 Rebel Yell: The Violence, Passion, and Redemption of Stonewall Jackson is a lengthy work, with advance reader’s edition sent to reviewers checking in at a hefty 636 pages. The dust-jacketed hardback tradebook contains 672 pages. At first glance, the book appears to be daunting, something which might detract a casual book browser who may not want to commit the time to this new work.

That would be a mistake.

In this eminently readable and swift-flowing book, Gwynne uses the same vivid prose and stimulating word pictures as with his earlier works to paint a rich portrait of the 24 months in which Thomas Jackson the obscure ultimately became Stonewall Jackson the legend.

Typical of Gwynne’s unique style is a passage concerning the lack of aggressiveness on the part of one of his many Union adversaries, Major General William B. Franklin of York, Pennsylvania.

Gwynne writes, “Maybe it was those rolling Rebel cheers. Maybe it was Jackson himself, or, once again, the idea of Jackson, unbeaten, mysteriously powerful, and fresh from another bloody meal of Union soldiery. But for some reason Franklin, in the middle of his McClellan-ordered advance on Harpers Ferry, simply gave up.”

And that indeed is the essence of the book – how the oft eccentric Jackson’s reputation as a fierce and unrelenting warrior developed from a series of events which coalesced into the legendary and much ballyhooed Stonewall. His almost mythical status by the late summer of 1862 elevated him to the highest echelon in what became the pantheon of senior Confederate leaders — Lee, Jackson, Stuart.

Rebel Yell will rightfully take its place among the very best of the books on this Southern icon. The research is solid, the material broad and historical, but it is the easy-flowing verbiage which stands out. This is a well-crafted work which is a welcome addition to the historiography of perhaps the Confederacy’s most mythical figure.

Rebel Yell: The Violence, Passion, and Redemption of Stonewall Jackson