New book on the Battle of Stones River 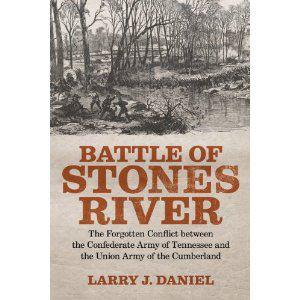 Stones River, also known as the Battle of Murfreesboro for a nearby town, was one of the more violent encounters in Tennessee. Fighting raged for several days from December 31, 1862, and January 2, 1863, and resulted in some 24,000 casualties, relatively evenly split between the Union forces of the Army of the Cumberland and the Confederate Army of Tennessee. It ranks among the bloodiest battles of the entire war in terms of the percentage of combatants who were killed, wounded, or captured. Outright fatalities numbered almost 4,000; this number of dead soldiers likely was much higher when factoring in the men whose wounds later proved mortal.

Author and historian Larry J. Daniel has written an interesting and sharply researched, peer-reviewed new book on Stones River which has recently been published by LSU Press. He has richly mined a diverse base of primary sources, many of which are relatively obscure and rarely used in past treatments of this important, yet now obscure, Civil War battle. 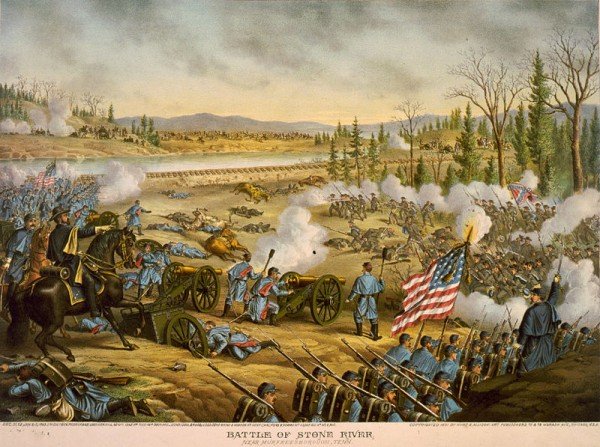 Tactically inconclusive, Stones River resulted in the controversial withdrawal of CSA Gen. Braxton Bragg’s forces from the field, boosting Union morale in the Tennessee sector. Hence, the Union claimed a strategic victory, with President Abraham Lincoln writing to Federal commander William T. Rosecrans, “You gave us a hard-earned victory, which had there been a defeat instead, the nation could scarcely have lived over.” Bragg’s withdrawal effectively handed Nashville over to the Yankees, who soon transformed the city into a major supply base.

Daniels focuses his study on the performances and contrasts between the opposing leaders, Bragg and Rosecrans, neither of whom would finish the war in their roles at Stones River.  Both “made serious mistakes,” according to the author, who explores these tactical errors on both sides and examines their resultant impact on the outcome. He argues that the battle at the time had a significant impact on both Washington and Richmond, and helped shape military strategy and policies for the next several months in the Western Theater.

Bragg bickered with many in the Confederate War Department, and openly disputed matters with several leading, thoroughly disgruntled subordinates.  That command uncertainty eventually forced President Davis into changes in leadership which led in turn to additional controversy.

The book is well paced, with a solid discussion of the battle itself and its tactical and command challenges, coupled with well considered interpretation of the strategic setting before and after the battle and its impact on the press, populace, and politicians; the respective soldiers in the opposing armies; the civilians in the region and state; and the implications on the course of the war.

The book is available from many retailers, both in-store and on-line, including amazon.com.

Battle of Stones River: The Forgotten Conflict between the Confederate Army of Tennessee and the Union Army of the Cumberland