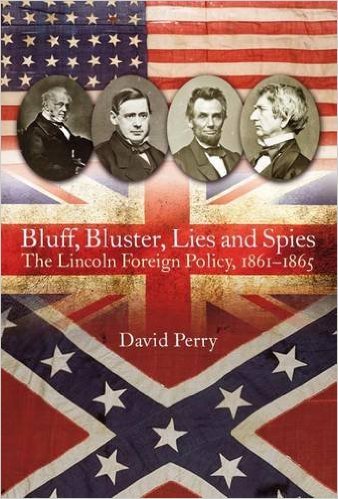 David Perry, a former history professor at the University of New Haven, has long studied the life and times of President Abraham Lincoln. In his latest book, Bluff, Bluster, Lies and Spies: The Lincoln Foreign Policy, 1861-1865, he has examined the president’s foreign policy during the Civil War years, comparing and contrasting it with similar efforts by the Confederate States of America. In particular, Perry looks at how both sides focused on building a viable relationship with Great Britain, a key player in international diplomacy at the time.

He is at times critical of the role played by U.S. Secretary of State, William Henry Seward, and believes he was outmaneuvered at times by more polished, experienced statesmen on in the British Foreign Office. At times, Seward’s bluffing and attempts to persuade the British to side with the Union opened the possibility of dire consequences, including the possibility of open warfare if things broke badly. In particular,  Seward and Lincoln made sure not to provoke Britain into deploying its powerful naval forces.

Seward and the Department of State faced several major foreign relations issues early in the war that demanded careful attention. The most significant of these were maintaining British neutrality, belligerent rights, and enforcement of the terms of the 1856 Treaty of Paris, which had finally officially ended the American Revolution. In that treaty, the British had finally officially recognized the legal independence of the United States. Seward had to keep that intact, while avoiding similar British recognition of the breakaway Confederacy. 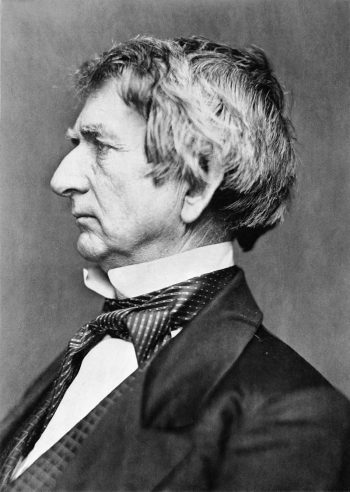 Secretary of State William Henry Seward was a New York politician and former U. S. senator who had been the favorite for the Republican presidential nomination in 1860, but had lost to Abraham Lincoln in an upset. After his election, Lincoln named Seward to his Cabinet. Seward’s early performance drew the criticism of author David Perry, who tags him as “the bete noir of the Lincoln government.” Clearly lacking the experience of his British peers, Seward nevertheless learned on the job.

However, many of his contemporaries during the first years of the war considered him as not as effective as he could have been, Perry does explore if Seward, in reality, was “crazy like a fox,” in his and the president’s desire to keep the Union fighting only one war at the time. Whether his tactics were by the book or not, Seward did manage to avoid provoking the British and keep them essentially neutral throughout the war, at least militarily.

This new book gives a useful general overview of the developing relationship between the president and Seward, who early on at times acted as the de facto president but grew to be on the same page for the most part. Perry also explores other aspects of the U.S.-Great Britain interactions, as well as including information on Lincoln’s and Seward’s diplomatic relations with other world powers such as France, as well as some of the smaller entities that had an interest in American foreign policy.