In a recent post, I recounted the tale of Osborne Perry Anderson, one of abolitionist John Brown’s followers during his ill-fated October 1859 raid on Harpers Ferry, Virginia (now West Virginia).

Cambridge University Press has just released a new book on John Brown and his radical abolitionist movement, John Brown’s War Against Slavery. Author Robert E. McGlone has studied the conventional primary sources about Brown and his campaign of violence, as well as discovering several previously unused (or seldom used) accounts which shed additional light and depth on the subject. This is perhaps the best overall, sweeping account of what motivated Brown, how he cultivated financial and moral support from wealthy New Englanders, his time in Canada recruiting, the campaign of terror in Kansas, and the raid on Harpers Ferry and Brown’s subsequent execution.

It’s a timely book, meant to coincide with the start of the 150th Anniversary of the Civil War that John Brown helped spark. The controversy about the raids and violence echoed a larger set of fears and divisions that swept through the country, exacerbating the growing divide in the country. 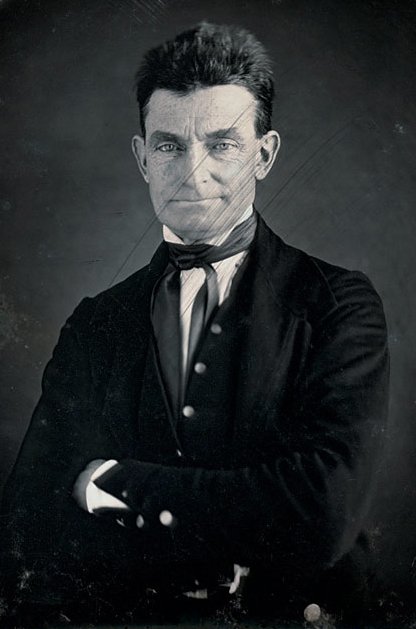 Abolitionist firebrand John Brown is the subject of a fascinating new book by author Dr. Robert E. McGlone, a professor at the University of Hawaii at Manoa. Image courtesy of the Library of Congress.

McGlone’s depth of research is commendable, and his keen use of personality theory to explore Brown’s motivations and those his supporters and followers helps establish the rationale and motivation for what drove Brown to his actions. Many in the North praised Brown for his aggressive and passion in trying to do something about the slavery issue, and many Southerners loathed and condemned him for his treason and murder.

McGlone examines Brown’s war on slavery in-depth, setting it in the context of the times (politically, socially, and morally). He explores Brown’s self-anointed mission as “God’s Reaper,” a deep religious fanaticism that has led some observers to believe that Brown bordered on insanity. The author dives into Brown’s extended family (including his grandparents and others), painting a solid portrayal of his upbringing and external influences which helped shape his value system and beliefs.

The Harpers Ferry Raid has, over the past 150+ years, become cloaked in myth and legend, some of which have crept into the published media and are now taken as gospel. McGlone nicely separates fact from fiction using analytical analysis of the source material, and helps dispel some of the misunderstandings. In particular, he examines Brown’s post-raid rantings during his captivity in which he tried to reposition himself as an apostle of the abolitionist movement, often giving conflicting statements that some authors have taken as the motivation for the raid. McGlone strips away the veneer and gives a compelling argument for the true reasons for raid and what Brown believed he would accomplish.

With almost 100 pages of endnotes, McGlone offers a treasure trove of primary sources that are useful to those history buffs and scholars alike who want to dive even deeper into the life and times of John Brown.
John Brown’s War on Slavery is a fine book, one that offers new insight into the “madman” whose actions in part sparked the American Civil War. It’s a book well worth adding to your bookshelf.

Here is the publisher’s review: One of the immediate catalysts of the war, John Brown’s raid on Harpers Ferry helped to spread panic in the South, and persuaded northern sympathizers that failure can be noble and political violence “righteous.” Drawing on both new and neglected evidence, JOHN BROWN’S WAR AGAINST SLAVERY chronicles Brown’s aborted “war” to free the 3.8 million slaves in the American South. Robert E. McGlone explains the sources of Brown’s obsession with slavery, his notorious crime at Pottawatomie Creek in “Bleeding Kansas,” and how the Harpers Ferry figured into his larger vision. Shortlisted for the Lincoln Prize, this book reveals how an abolitionist “fanatic” and “terrorizer” ultimately rescued his cause by going to the gallows with resolution and outward calm. The American Historical Society praised it as “the new gold standard of Brown scholarship.”