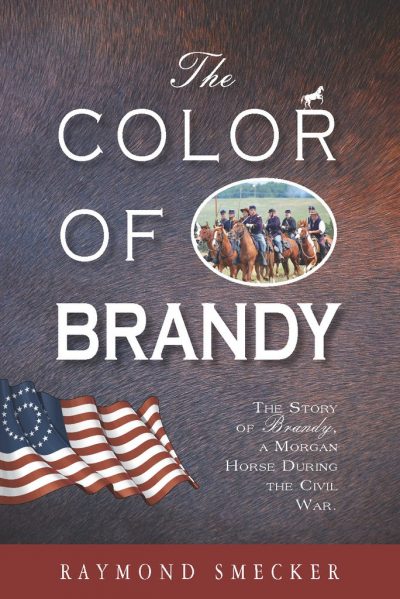 Horses played a critical role in the American Civil War as mounts for cavalry, mounted infantry, couriers, officers, and scouts. Teams of horses or mules pulled wagons and artillery pieces. An estimated million horses and mules perished during the war (as well some 700,000 soldiers and an uncertain number of civilians).

At the battle of Gettysburg in early July 1863, almost 1,500 horses died. Some of them were animals procured or stolen (mostly by J.E.B. Stuart’s cavalry or Jubal Early’s troopers) from the citizens of York County, Pennsylvania. Post-war damage claims from York County indicate the Rebels took more than 1,000 horses from the residents. Stuart’s men took 3/4 of the total. Most of those horses participated in the fighting at Hunterstown on July 2 and East Cavalry Field on July 3. After the battle, a handful of York Countians traveled to Gettysburg. There, wounded or played-out horses held in corrals awaited claimants. A few men found their horses in the mass and brought them home to nurse back to health.

Civil War horses came in all colors, sizes, and breeds. One of the favorites was the Morgan, a breed that originated in New England in the late 1700s. Named for breeder Justin Morgan, a Morgan has strong legs and considerable endurance, as well as a calm disposition, making it ideal as a carriage horse or personal riding horse. Those traits, in turn, led to the Morgan’s extensive use during the Civil War in both the Union and Confederate cavalry.

Stonewall Jackson’s most widely-known horse, Little Sorrel, was a Connecticut-bred Morgan. It fell into Confederate hands when Rebels  captured a train near Harper’s Ferry hauling horses acquired by the Federal government for army usage. Union Maj. Gen. Phil Sheridan’s famed Rienzi was a Morgan. Many of the Union army’s Morgans came from private farms in Vermont, New Hampshire, Connecticut, and Massachusetts but the breed was well established throughout the country by the time of the Civil War.

After retiring from the Air Force, Vietnam veteran Raymond Smecker and his wife settled in rural Lancaster County, Pennsylvania, where they own and enjoy Morgans. A frequent contributor to various magazines and periodicals, he writes on local history, horses, dogs, and other topics of interest. In 2017, Masthof Press of Morgantown, Pa., published Smecker’s first Civil War novel, The Color of Brandy: The Story of Brandy, A Morgan Horse During the Civil War. Masthof recently sent me a copy of the 266-page paperback to review.

Smecker’s historical fiction follows the exploits of a young Gettysburg-born Morgan named Brandy, for its color, and members of the Randolph family, which owns the horse. Jake Randolph lives on a farm near Gettysburg and he has sent his two daughters to the Daughters of Charity school in Emmitsburg, Maryland. Jake’s brother, Seth, is a Vermonter whose married son, Seth Jr., joins the 1st Vermont Cavalry, a regiment with 1,100 Morgans as mounts (only about 200 of the original complement survived the war). Leaving behind his beloved wife Betsy, the younger Seth, now a lieutenant, and his regiment eventually find themselves on the road to Gettysburg.

A chance encounter at the Moritz Tavern south of Gettysburg leads to Seth meeting his cousin Sarah, one of Jake’s daughters. Fearful that prowling Rebel patrols might accost Sarah and seize Brandy, Lieutenant Randolph rides the horse back to his uncle’s farm. Given Brandy for safekeeping, Randolph begins his adventure in the battle of Gettysburg.

Smecker introduces the reader to other Randolph family members, who all eventually move to south-central Pennsylvania. There are love elements, marriages, births, and encounters with several notables, including the president of the United States, Abraham Lincoln, facilitated by a Vermont general named Harold Simpson. At one point, some of the central characters come here to York. Chapters are short and fast-paced, flipping between Seth, Betsy, Seth, Sr., Sarah, and other personalities, with the central focus and common thread being the faithful warhorse, Brandy. The narrative carries the characters (both human and equine) through the end of the war, as other new additions join the Randolph clan.

The novel will appeal to horse lovers who also enjoy Civil War yarns and is suitable for youth readers. Smecker liberally sprinkles historical tidbits and anecdotes through his tale, including giving pertinent facts on the Morgan breed and its characteristics and widespread military usage.  There are a few relatively minor mistakes in historical facts that seasoned Civil War readers will readily spot but these are due to be corrected in the second edition. At $16.00, the book is reasonably priced and affordable, as well as being easy to read. Copies are available directly from the publisher on Masthof’s website.