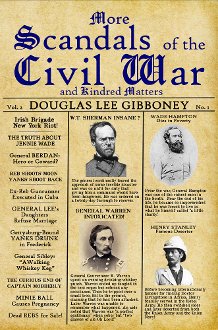 More Scandals of the Civil War is the newest book from Douglas Lee Gibboney of Monroe Township, Cumberland County.The volume offers a second serving of assorted sordid deeds, malicious gossip and just plain naughty behavior by Billy Yank, Johnny Reb and their female counterparts. As in the first volume of Scandals, these stories show there is truly nothing new under the sun; the on-going folly of mankind remains the same.

Like the first volume, More Scandals is a tabloid history of the war, filled with plenty of titillating tales. The book opens with an unusual chronology of the war, highlighting not the bloody battles, glorious generals and great campaigns but the odd, the ugly and the unusual of everyday humanity. 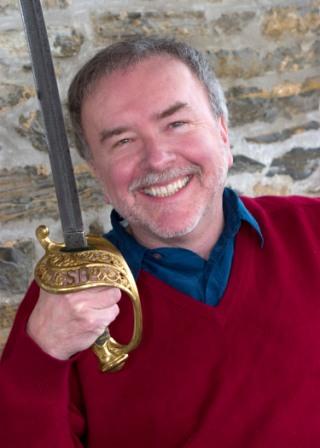 The second part of the book deals with what happened to the boys in blue and grey once the fighting ended. Many lived well into the 20th century, five or six decades after the surrender of Robert E. Lee and Joe Johnston. These veterans would witness the United States transition into a modern era and begin its rise as an international power. It was a new industrial world far different from the antebellum times in which these old soldiers had been born. Nevertheless, for most of the survivors, the conflict of 1861 would remain the central touchstone of their lives.

Gibboney’s earlier books include Scandals of the Civil War, Tragic Glory, Stonewall Jackson at Gettysburg, and Murder at Cleaver Stadium. He currently serves as president of the Harrisburg Civil War Round Table.

Published by Sunbury Press, More Scandals of the Civil War is available on-line and at area book stores. Gibboney will be doing book signings at the Gettysburg National Military Park Museum Bookstore on Tuesday, July 9 and Thursday, July 18 from Noon until 3:00 p.m.

Congratulations Doug on your latest work!