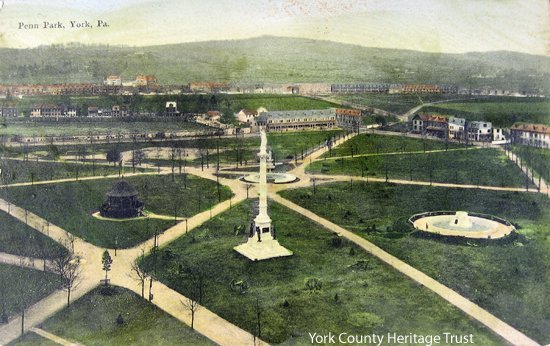 Penn Park, the site of the U. S. Army General Hospital, during the Civil War.
Posted by Scott MingusJune 15, 2009October 10, 2020 Monuments and markers, Yankees, York

This plaque on the north side of Penn Common depicts the Civil War-era U.S. Army Hospital that once was on the premises of what is now the park. The hospital was a sprawling complex that treated more than 14,000 patients during the war. The buildings were dismantled following the conflict and the cessation of military medical services in York. 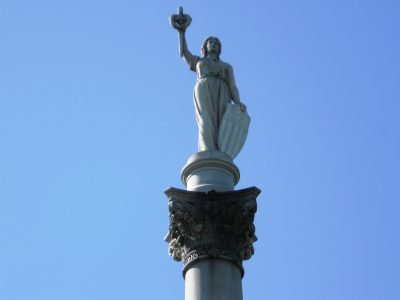 This graceful figure of Columbia tops the central column of the Soldiers and Sailors Monument in Penn Common. 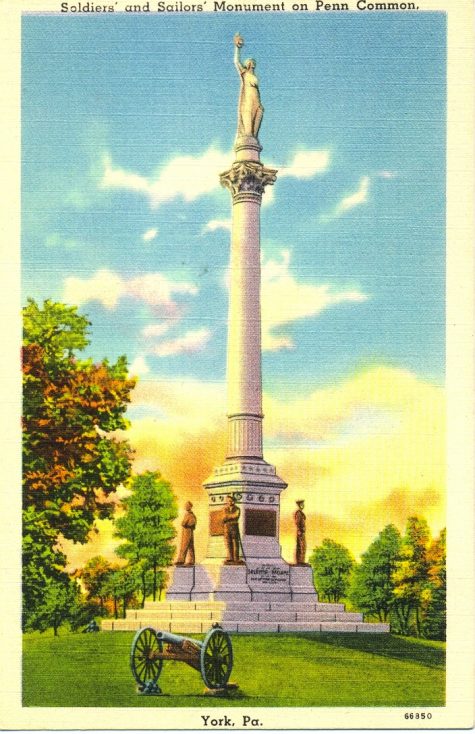 At each corner of the monument stands a bronze figure representing each branch of the service. 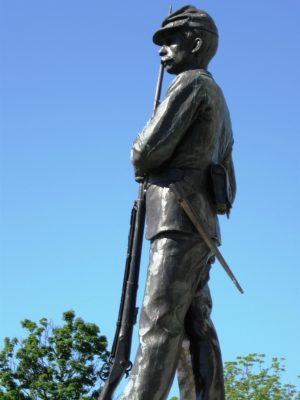 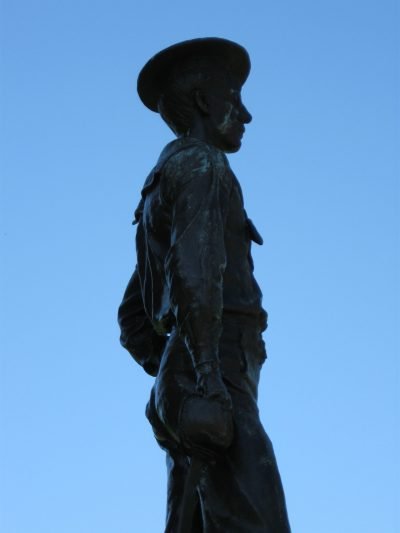 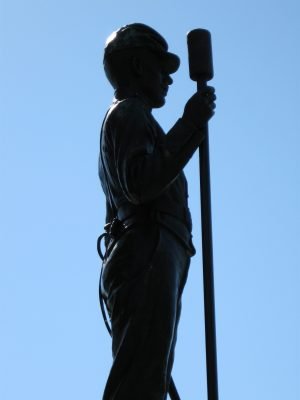 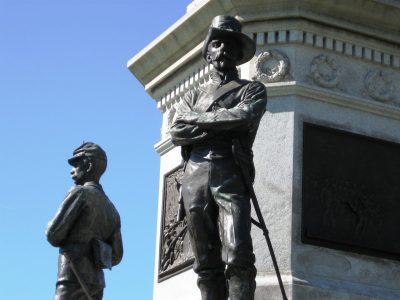 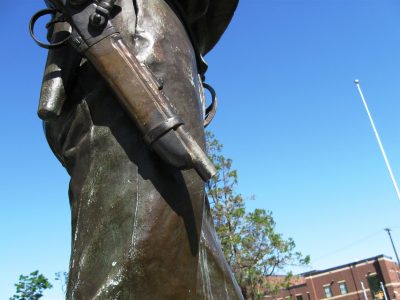 Unfortunately, over the years, someone vandalized the cavalryman’s statue, knocking off the muzzle of his carbine.