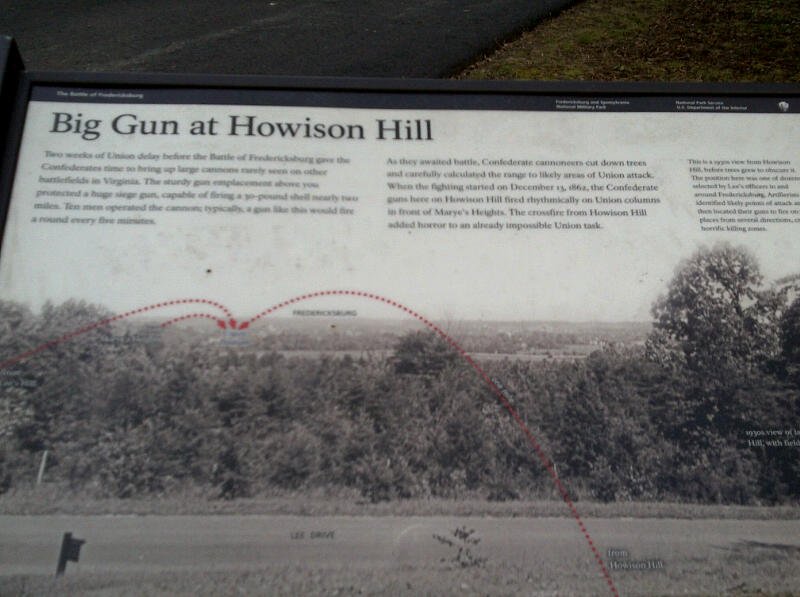 Howison Hill  in December 1862 provided a significant platform for Confederate artillery, including a 30-pounder Parrott Rifle, of the Army of Northern Virginia during the Battle of Fredericksburg. A wayside marker along Lee Drive in the national military park delineates the firing angles toward Union positions. Today a heavy growth of timber totally blocks the war-time view. 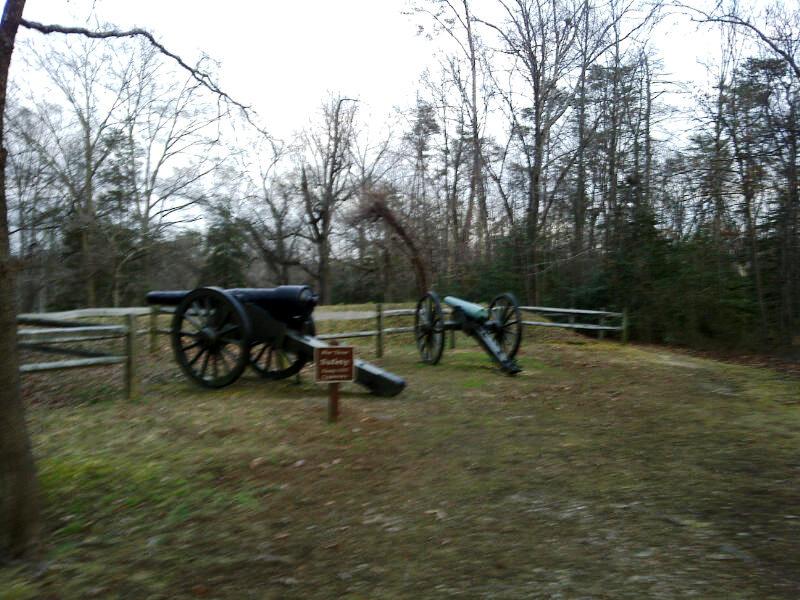 The Confederates had deployed a siege gun on Howison Hill, one of the few times the Army of the Potomac came under fire such a large gun at that stage of the War Between the States. 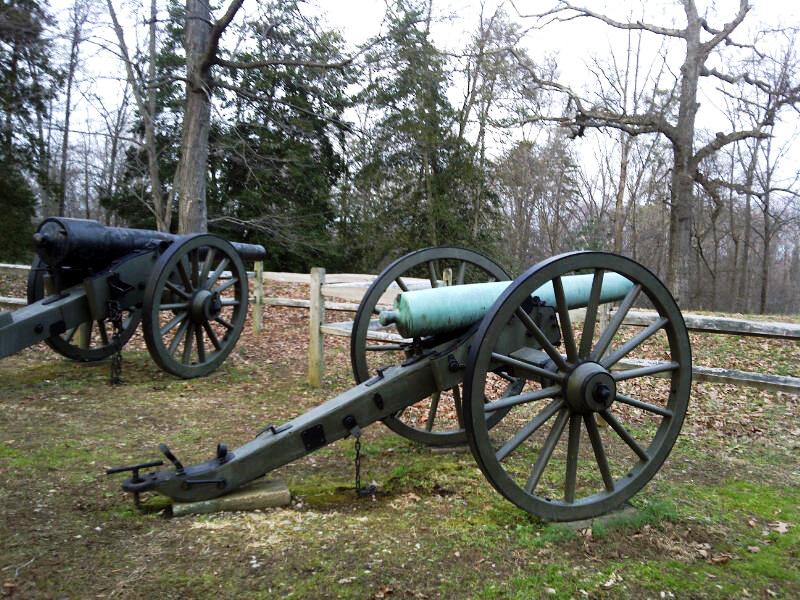 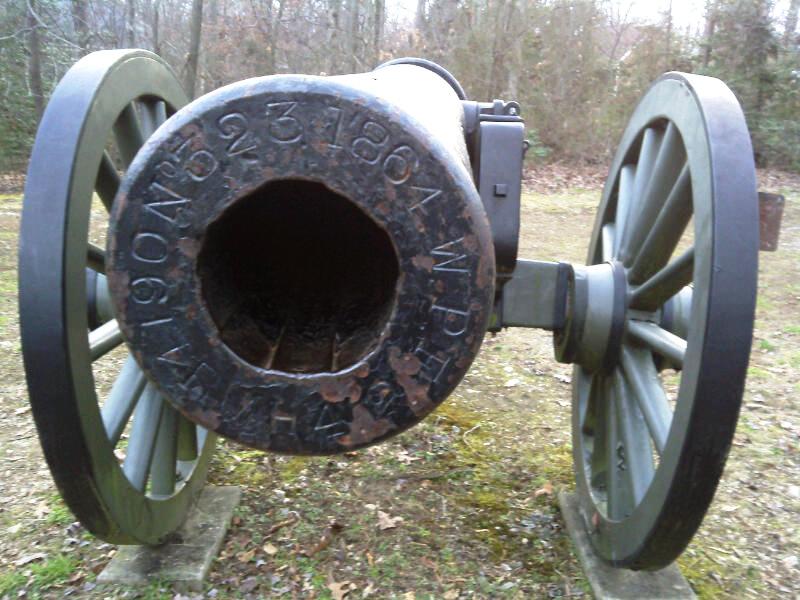 This particular gun tube, however, dates from 1864, two years after the battle. Still it is indicative of the size and firepower of the actual cannon deployed at Fredericksburg. 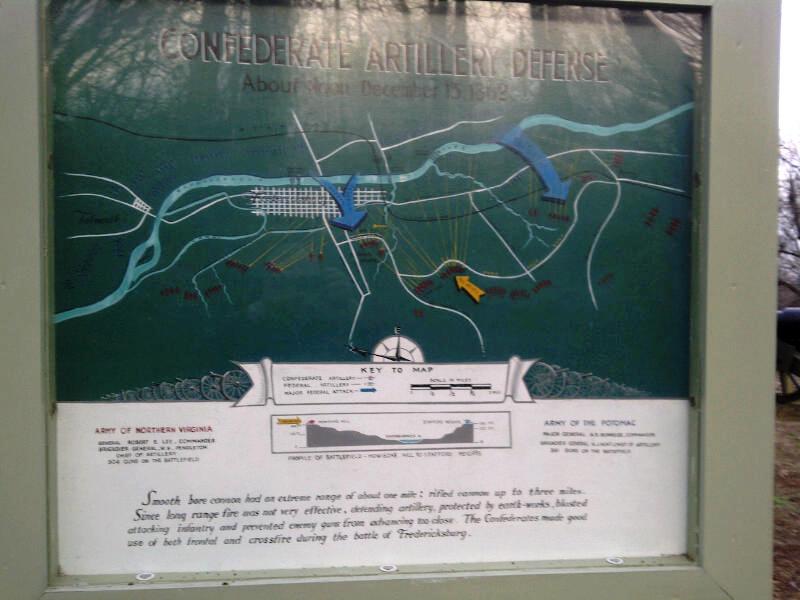