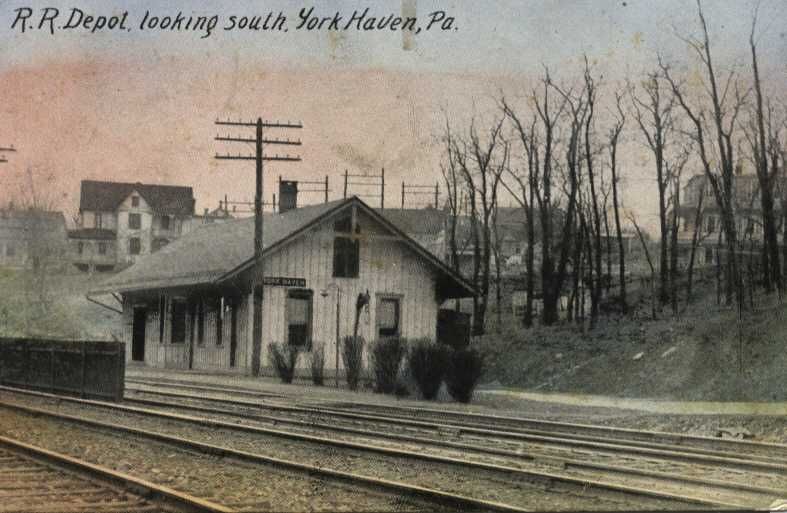 The Civil War has been considered by some authors as the “first modern war.” Innovations such as submarines, rifled muskets, entrenchments, aerial reconnaissance, rail-mounted artillery, and others were implemented, some for the first time on a broad scale. Among the many changes in warfare was the mass transit of troops. Instead of walking or riding on horses or in wagons, troops could be conveyed from point to point via the fledgling system of railroads, cutting down the time it took to arrive in key locations. This was dramatically emphasized early in the war when the Confederates moved an army from the Shenandoah Valley into position to participate in the First Battle of Manassas.

As the war progressed, hundreds of thousands of troops (mostly Union) were conveyed on the railroads, and a fair percentage of them passed through York County. For some, the ride was pure misery…

The 5th Wisconsin Volunteer Infantry mustered into service on June 19, 1861, in Madison and spent a full month drilling and training. On July 21, the telegraph brought news of the stunning Union defeat at Manassas and the subsequent retreat to Washington. Four days later, the 5th was ordered to the front lines. To the cheers of well-wishers, the men were boarded onto a train through Chicago for Harrisburg, arriving there on July 27 and marching to Camp Curtin. The grounds were unsanitary and unclean, and the summer heat oppressive. Men began to get sick.

On the night of July 29, the regiment received orders to move to Harpers Ferry, where it was rumored they would fight the Rebels to “wind up the war.” At 3 a.m. on the 30th, orders were issued to roll up the tents, store the mess chests, and prepare to depart. However, they did not leave until two o’clock the following afternoon, sitting in the broiling sunshine and baking in their woolen uniforms.
Finally, the men were herded into open railcars, without benches or seats, nor any protection from the relentless sun. The troop train rumbled through Harrisburg, crossed the Cumberland Valley Railroad Bridge, and halted for the rest of the day. The men were not permitted to leave the cramped cars, and had to remain sitting or standing until evening. The regimental surgeon, Alfred Castleman, later wrote, “The heat of the day, determining the circulation of the skin, had brought out the eruption in many cases of measles, and the poor fellows had to sit and suffer, without a place to lie down or even a back to lean against.” The excitement of soldier life and prospects of a glorious adventure were long since gone.

At dusk, the train finally started moving. The coolness of the breeze and the setting sun brought some limited relief, but a new problem awaited as they made the journey through York Haven and Mount Wolf to York.

It started to rain.

The train arrived at York’s stationhouse and shuttled onto a siding, where the men had to remain stationary throughout the long night, pelted by the rainstorm. Dr. Castleman added, “The suffering men who had been all day washed with their own perspiration were compelled to sit all night in the rain. Sick or well, ’twas all the same. None were permitted to leave the open cars and go back into the depot.”

Finally, near the morning, the rain stopped. However, the misery took a new twist. The wind shifted suddenly to the northwest, and “it was a cold as November,” powerful words from Wisconsin boys who knew something about the cold. The train finally pulled out from York and headed through Hanover Junction to Baltimore; the men in their drenched clothing traveling all day and the next night in the frigid air. They finally arrived in Baltimore at 8:00 a.m. on the 31st. Few were healthy.

The regiment remained there until August 8, never making it to Harpers Ferry as originally planned. Instead, the 5th would spend much of the war in the Army of the Potomac in Virginia, but few men ever forgot their day and night of misery in York County.