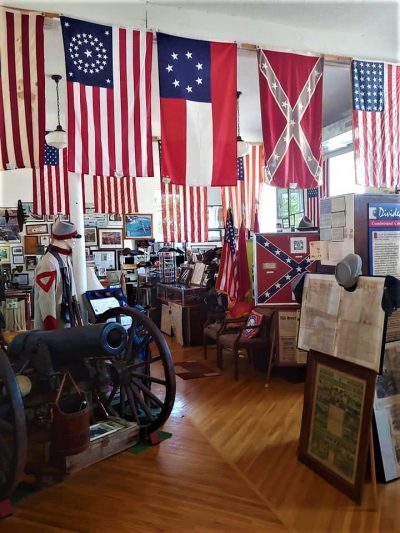 One of the joys of being an author is getting the chance to travel the country and speak at various Civil War Round Tables and other historical organizations. On one such recent trip to Tennessee and Alabama, I had the privilege to receive a private tour of the Military Memorial Museum in Crossville, located on the Cumberland Plateau in central Tennessee.

Crossville’s train station is where WWI hero and Medal of Honor recipient Sgt. Alvin York returned home from his European exploits. First lady Eleanor Roosevelt also came to Crossville years later and stayed overnight at a quaint hotel in a building that still exists. During WWII, the US Army established a sprawling camp to house German prisoners of war (one of dozens of such prisons scattered across the country). Today, Crossville is noted as “the golf capital of Tennessee,” with nine courses in the nearby vicinity. Other tourist attractions include the Cumberland Mountain State Park, the Cumberland County Playhouse, the Palace Theater, and a railroad museum, as well as the Military Memorial Museum.

The Military Memorial Museum, established in 2002, is located in a former courthouse in downtown Crossville. Mark Pfaffenroth (below) of the board of directors (as well as a member of the Cumberland Mountain CWRT) escorted me through the museum and explained its history, as well as showing me the exhibits. 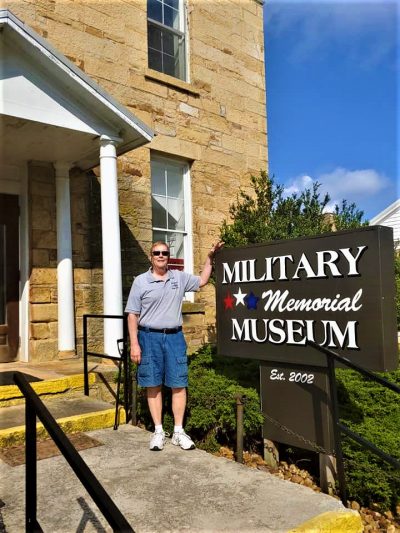 The museum attracts hundreds of visitors each month, including local school groups, interested local residents, and out-of-town vacationers. They are treated to a vast, eclectic collection of artifacts, paintings, posters, uniforms, scale models, interpretive signs, weapons, and other relics of military service from across the centuries. 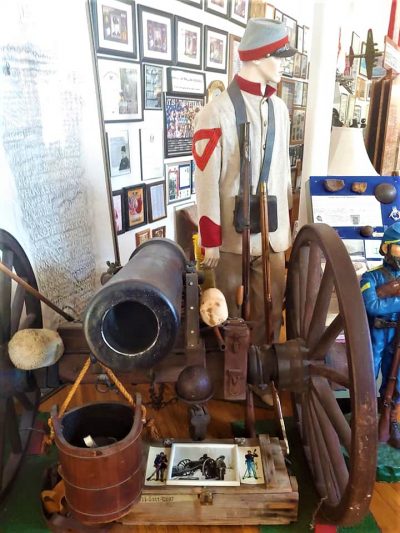 This Civil War gun tube is a replica but the carriage is quite old and may be original to the war years or shortly thereafter. During the war, about half of the soldiers from Cumberland County were in the Confederate service; half wore Union blue. One of the exhibits details those divided loyalties. 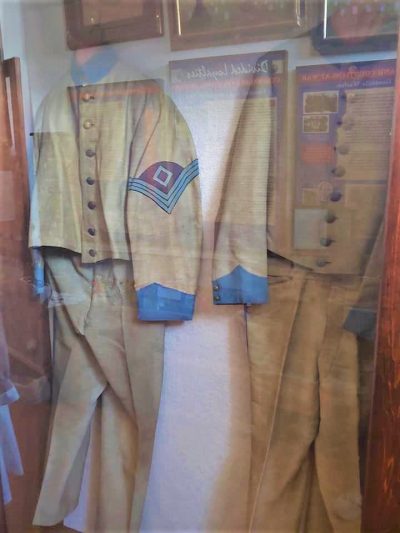 Many of the uniforms and equipment in the museum, including these Confederate uniforms, have been donated from other sources, including local citizens, veterans organizations, collectors, and modelers. 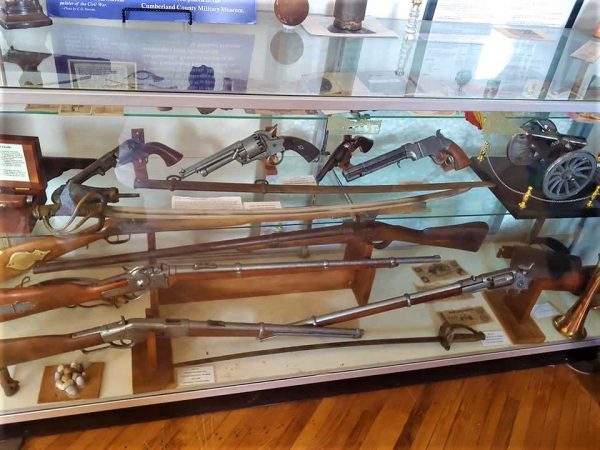 The gun collection is a mixture of vintage pieces and interpretive replicas. This display case contains Civil War-era weapons. Similar cases such as the one below house guns, photos, patches, etc. from WWII and other periods of American military history. 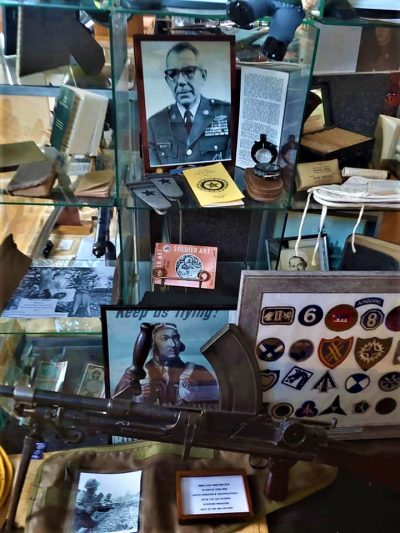 Admission to the museum is free. It is located at 20 South Main Street in Crossville, TN. Here’s a link to the organization’s website. The group also maintains an active Facebook page with up-to-date information on events, special exhibits, etc. 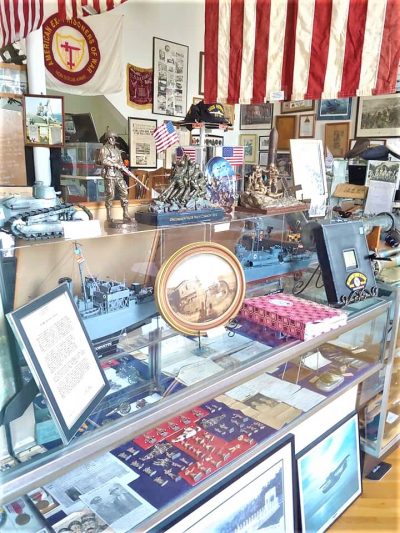 A team of dedicated docents provide free guided tours of the many exhibits on weekdays from 10:00 a.m. until 4:00 p.m. Donations to help defray expenses are welcome but not required. 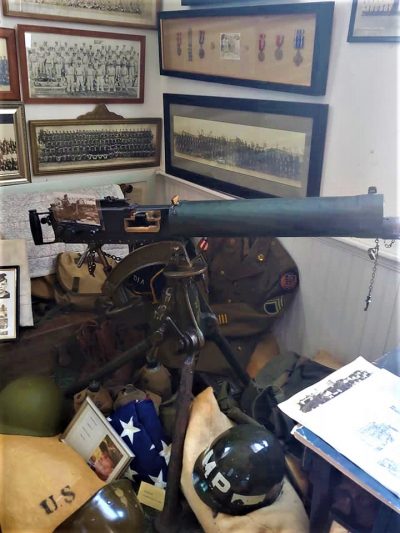 Machine guns, cannon, rifles, swords, pistols, bayonets — the museum has an array of weaponry and martial equipment and accouterments. Space is at a premium, with the walls and floors filled with interesting items to look at and study. I could have spent hours touring the site but Mark and I needed to head out to the annual picnic of the Cumberland Mountain CWRT. 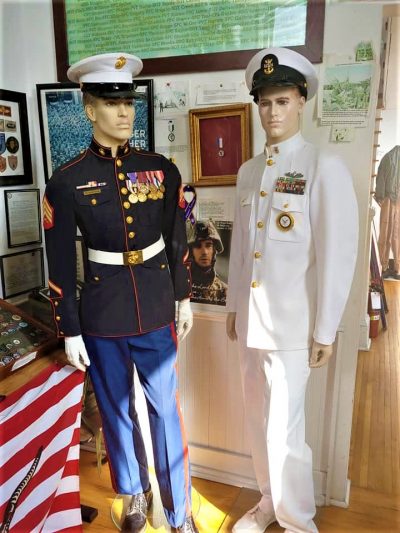 Here are some of the donated uniforms from local veterans. The museum enjoys strong relationships with veteran organizations and individual donors. 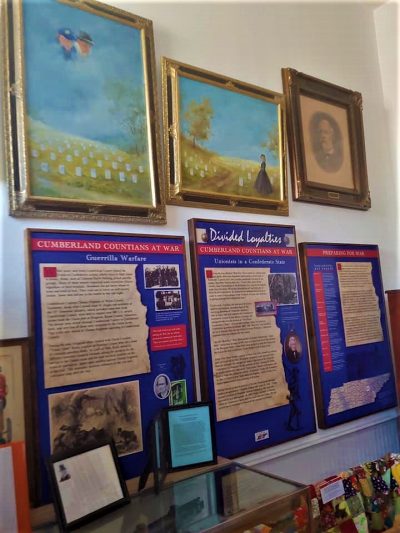 A local artist donated some paintings that hang on the walls above interpretive panels. To the lower right is a poplar box used to hide valuables during the Civil War. Poplar was used because of its sturdiness and ability to shed moisture while buried. 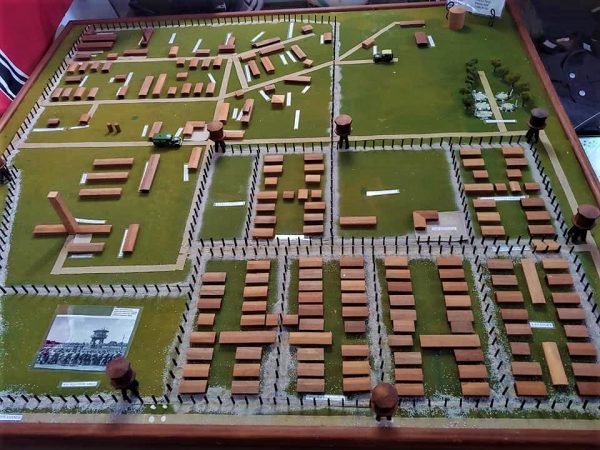 This scale model shows the Crossville POW camp, a sprawling facility that housed hundreds of German soldiers. Former prisoners or their descendants have donated items, including photographs, uniforms, letters, etc. Nearby are movie props from the popular TV mini-series Band of Brothers, as well as vintage uniforms. 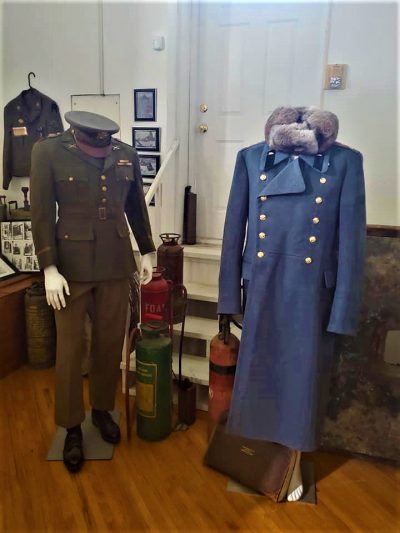 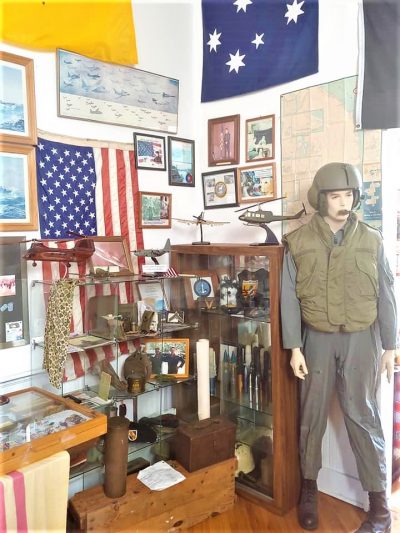 Vietnam veterans were heavily involved in laying out the artifacts and remembrances of their service during the conflict in Southeast Asia. 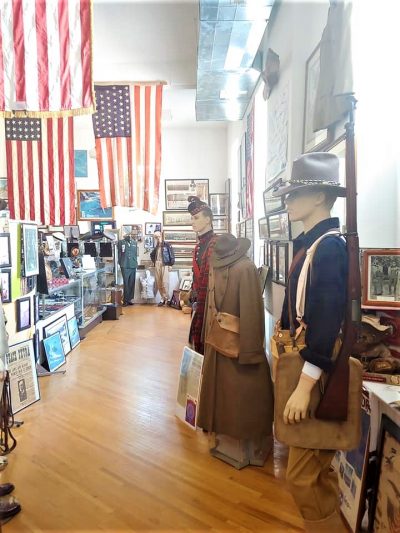 A recent addition has been an expansion of the Spanish-American War section. 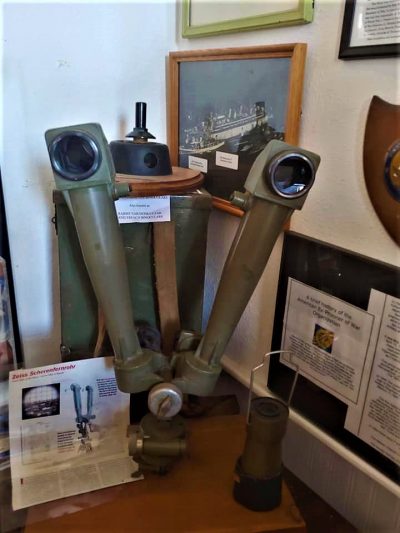 The museum is easy to find in downtown Crossville not far from heavily traveled Interstate 40 and is well worth a stop on your next visit to the Smoky Mountains, Gatlinburg, Knoxville, or Nashville. Centrally located, with free admission, this is a side trip that will surely interest the military history buff in your family.

I know I found the museum to be fascinating and I thank Mark for taking the time to show me around. 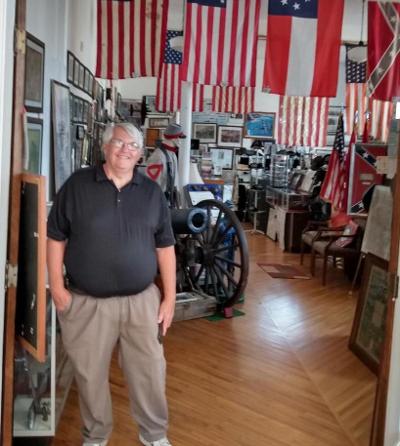