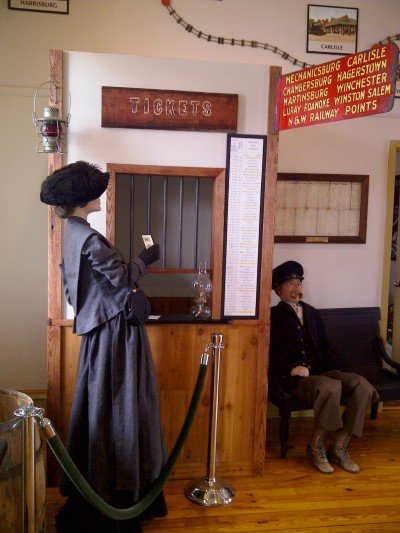 The Mechanicsburg (Pa.) Museum Association has been quite active over the years in preserving, interpreting, and understanding the history of this Cumberland Valley community. Among its holdings is the Passenger Station, a neat little museum inside the restored 1800’s station of the historic Cumberland Valley Railroad. It is located at 2 Strawberry Alley.

Throughout the summer, the museum association has been hosting a series of Civil War lectures in the Passenger Station, as well as special exhibits. At the time of the war, Mechanicsburg had about 2,000 residents. Confederate cavalry and mounted infantry under Brig. Gen. Albert G. Jenkins occupied the town in late June 1863 during the Gettysburg Campaign.

The railroad played a key role in the growth and development of Mechanicsburg, a town which drew its name originally from all of the wagon mechanics who settled and worked there.

According to the museum’s website, “The Cumberland Valley Railroad was originally incorporated on April 2, 1831. The railroad was finished within a half mile of Harrisburg and within one mile of Carlisle by August 1837. Adam Riegel, Henry Ford and Lewis Zearing of Mechanicsburg and nine other men acted as commissioners and took subscriptions for stock at $50 a share. 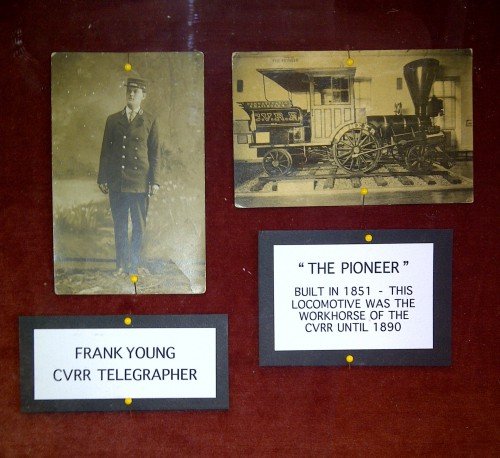 Here are a few more photos I took before I spoke at the museum back in June 2013. 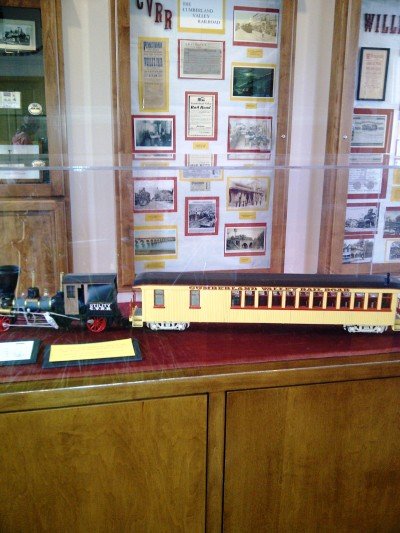 The model depicts the typical locomotive and coach of the Civil War era. 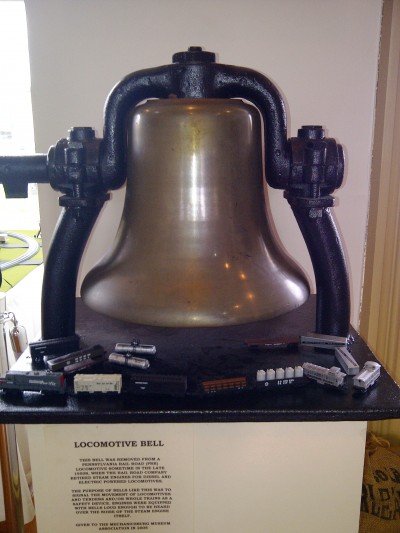 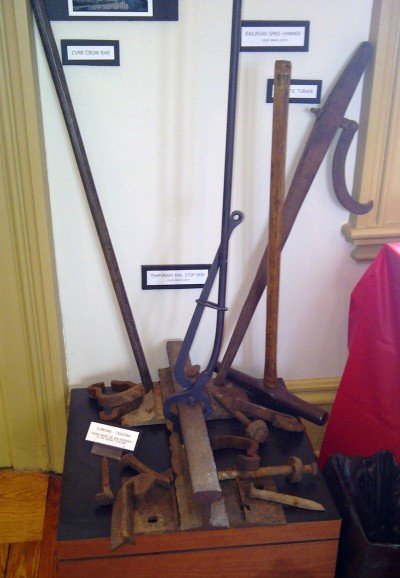 This display includes several examples of vintage tools which would have been very familiar to the railroad workers of the 19th century and early 20th.

If you go: The Passenger Station Museum is located at 2 Strawberry Alley west of Walnut Street and north of E. Main Street in Mechanicsburg (just southwest of Harrisburg PA). Be sure to visit the other nearby historic sites also part of the complex, including the Frankeberger Tavern, Washington Street Station, Union Church, and the Stationmaster’s House.