Private Zachariah Shepp was among the many soldiers from York County, Pennsylvania, to die during the American Civil War. He was among the last, dying just a few weeks before the fall of the Confederacy. Zachariah Shepp was born on his father’s farm on August 25, 1837, in Manchester Township. His brother Alexander was drafted in 1864 for the 166th Pennsylvania, but hired a substitute and thereby avoided service.
In August 1864, Zach signed up as a private in Company D of the 200th Pennsylvania. 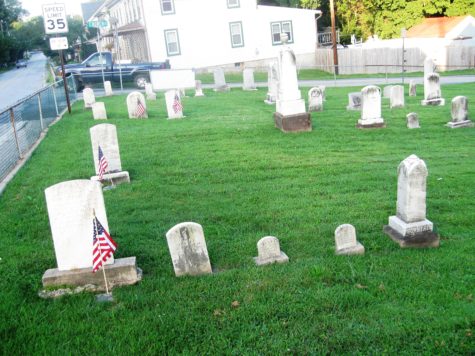 His enrollment documents state that Zahariah Shepp was 5′ 8″, with brown hair and blue eyes. He gave his occupation as laborer. Before the Civil War, he married Mary Brunner. Their first child, Elizabeth, was born in 1860 and Alfred followed in 1863. At the time of Zach’s enlistment, Mary was pregnant with their third child. The 200th mustered into service at Camp Curtin in Harrisburg and, after drilling and training, took the train back through York County toward Baltimore. There is no record if Mary had a chance to see him as the train passed through York. After arriving in Baltimore, the regiment marched from the Northern Central Railway station to the B&O, where the men embarked for Washington, D.C. From there, they arrived at Bermuda Hundred, Virginia, on September 9. The 200th Pennsylvania was attached to the Engineer Brigade, Army of the Potomac, until October, 1864, when they became part of the Army of the James for a month at Dutch Gap. On November 28, they joined the 9th Corps of the Army of the Potomac and served in the trenches near Petersburg, Virginia. From February 5 through the 7th, 1865, Shepp and the 200th fought in the battles of Dabney’s Mills and Hatcher’s Run.

While her husband was away in Virginia, Mary Shepp gave birth to a daughter on March 4. She named the baby Alice. Exactly three weeks later, Zach Shepp took part in one of the campaign’s last major fights, the Battle of Fort Stedman on March 25 Maj. Gen. John B. Gordon, whose troops in 1863 had occupied York and marched within a few miles of Shepp’s home in Manchester Township, launched a pre-dawn attack on the Union-held Fort Stedman. The attack was the last serious attempt by Confederate troops to break the Siege of Petersburg. After an initial system success, Gordon’s men were driven back by Union troops of the Ninth Corps commanded by Maj. Gen. John G. Parke.
Among them was Zach Shepp. He did not celebrate the Union victory, which sealed the fate of Lee’s army and prevented it from breaking out of the entrenchments.
A Rebel bullet penetrated Shepp’s chest and entered his lung. He died later that day.
Shepp’s body was shipped back to York County, where he lies today in the graveyard of Pleasureville United Methodist Church on North Sherman Street. For Widow Mary Shepp, another tragedy loomed. Not only had she lost her husband, but little Alice joined him in death just three years later.
For more stories such as this, in April 2011 Jim McClure and I will be publishing Civil War Voices from York County, Pennsylvania: A Border County Remembers the Rebellion. it will coincide with the 150th Anniversary of the Civil War.
We are accepting diaries, journals, letters, newspaper clippings, photographs, and oral remembrances from the descendants of soldiers and civilians who were from this county during the Civil War. We thank those who have already responded, and we encourage additional material.