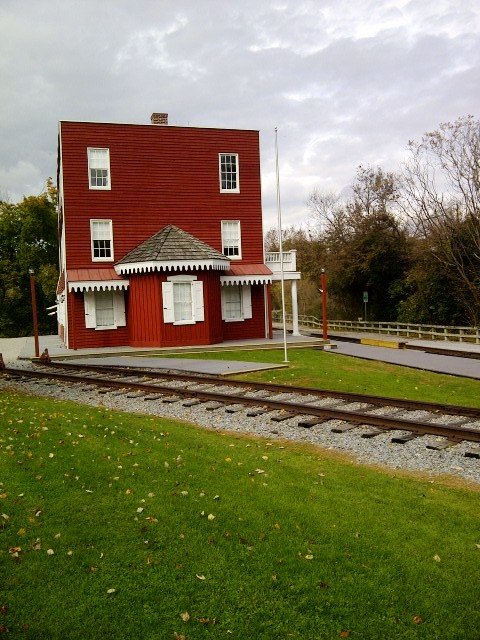 February 12, 2009, marks the 200th birthday of Abraham Lincoln, the 16th President of the United States. I attended the dedication ceremonies this afternoon at Hanover Junction, Pennsylvania, where Lincoln changed trains en route to deliver the Gettysburg Address (and again as he was returning to Washington, D.C.). Sculptor Joe Kelly created an impressive bust of Honest Abe, and it was formally dedicated today in a brief ceremony that included local politicians, York County Parks officials, local preservationists, and Lincoln / Civil War buffs.

Codorus Valley historian and preservationist Ray Kinard read the Gettysburg Address to the crowd who braved some very windy conditions, with gusts over 40 miles an hour at times. Ray and I have frequently exchanged notes about the Hanover Junction and Jefferson area during the Gettysburg Campaign. 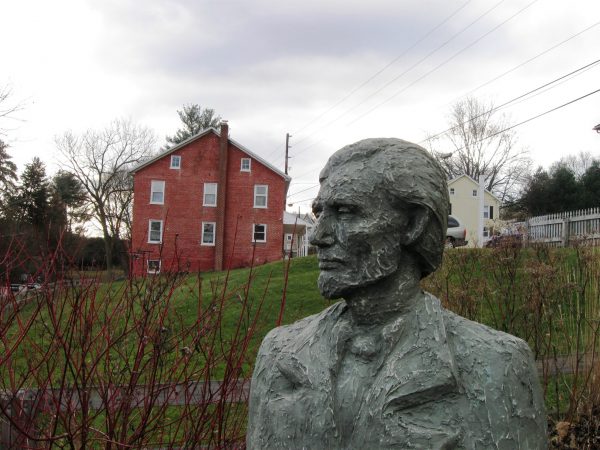 The monument to Abraham Lincoln peers toward the historic Junction Hotel.

A portion of the crowd braces against the wind gusts and prepares for the opening remarks.

The opening remarks included a welcome to the audience and recognition of several special guests, including local dignitaries and officials.

Sculptor Joe Kelly addresses the crowd and discusses his artwork.

A couple seconds after the formal unveiling. Of course, the monument has been in place for months, and I have previously shown it on an earlier blog posting.

A color guard of military veterans presented the flag after the unveiling of the Lincoln bust.

I felt sorry for the bugler as he played Taps to close the ceremony. The wind was whipping so strongly that he had to hold onto the birdhouse’s pole for support.

I was graciously allowed by the York County Park service to formally introduce my latest book, Flames Beyond Gettysburg inside the Hanover Junction Depot Museum, and I sold all but two of my advance copies I had ordered for this event!