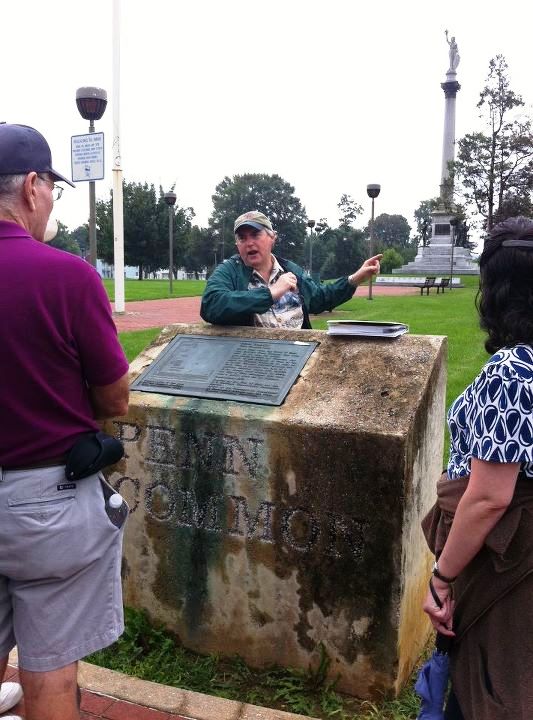 Author and church growth specialist Jim Moss has published Vol 2. of his massive quartet of books, A History of the Civil War as Presented by the Church Advocate. It’s a monumental undertaking, as Jim has searched through every issue of the Church Advocate, a 19th-century newspaper published by the Church of God. While decidedly religious in nature, and filled with inspirational scriptures and Bible commentary, the Church Advocate also presented news of the day, including letters from Civil War soldiers, war news, recruiting efforts, and all sorts of secular information of extreme value to Civil War buffs and students.

The newspaper presented a very pronounced sentiment that the war revolved around slavery, and slavery was a sin to be abolished. Pro-Union and pro-abolitionist in its editorials and commentary, the Church Advocate reflected the views of the majority of its leadership. Heavily based in Ohio, Indiana, Pennsylvania, and New York, the Church of God provided a large number of men and ministers to army service, and many sent letters back to editor E. H. Thomas.

Among them was a soldier from a Lancaster, Pennsylvania, Church of God who joined an artillery battery and served in the Army of the Potomac.

Wounded in action, he was transported by train through Hanover Junction to the York U.S. Army Hospital. Known only as “McE” he submitted several letters to Brother Thomas that reveal everyday life at one of the army’s better Civil War hospitals.
Here, with author Jim Moss’s permission, are excerpts from one of McE’s letters to the Church Advocate.

On September 26, 1862, less than two weeks after the Battle of Antietam, McE submitted these thoughts to editor E. H. Thomas:
“Some two hundred sick and wounded soldiers arrived here yesterday, and are quartered in the hospital barracks. They are principally from Hagerstown, and were among the sufferers in the late bloody engagement in Maryland. There are but few of them who are seriously ill, or severely wounded, the largest number being able to walk with but little assistance. They all, however, bear the marks of hard service and will require rest and proper medical attention, before they can be fitted again for duty. I learned from one of them, some facts relative to our Battery, which I have not heard from since my arrival at the York Hospital. Our brave boys were in a desperate fight at Boonsboro and Sharpsburg and came out without the loss of a single man. They are a lucky set of fellows. They have seem much hard fighting both on the Peninsula and Potomac, as any other Battery in the service, and thus far have lost but three men killed, and some eight or ten wounded. The latter, with the exception of two discharged, have recovered and are still on duty.

The soldiers are coming and going here all the time. Squads are almost daily arriving and others are sent to their regiments, so that an incessant motion,–a passing to and fro, is kept up. For my own part, I am growing heartily sick and tired of this confinement. I am neither well enough to return to the army nor sick enough to be discharged and am constantly retained here between life and death, hope and despair, in a glorious state of restlessness and inactivity, by no means agreeable to my temper or disposition. I but seldom see a familiar face and although but twenty two miles from Lancaster, hear but little of “home, sweet home.” The natural and constitutional laziness of the times and the increase in the price of postage stamps, have scared off my former correspondents, and the consequence is, I receive no letters.
I have read all the old books and newspapers about the hospital, have amused myself whittling pine sticks with the Yankees until lumber if beginning to grow scarce, and what I shall get at next I cannot at the present time precisely tell. I really am beginning to think that I am here “for no practical purpose,” and at times long again for the noise and thunder of the battlefield, and the cheerless comfort and rough associations of camp life.

If it were not for the constant, dull heavy pain in my right side, the effect of chronic liver complaint, or Hepatitis as the doctors call it, the transfer from my comfortable quarters here, to the cold ground and wet blanket would be a decided relief.
Several straggling rebels have been picked up by our patrols, and after a temporary examination, sent off to be finally disposed of by the higher military authorities.–Five of them were, a short time ago, forwarded to Baltimore and were, I think, about the sorriest specimens of humanity I ever saw. All of them were meanly clad, one in particular, having neither hat, shoes, nor shirt. He was bare-headed and barefooted, his fine form only concealed under an old ragged, greasy coat and breeches. Oh! Liberty how priceless must be their blessings, when privations such as this can be endured in thy defense. If Jeff Davis and his associate conspirators could be made to endure the hardships of the brave men they have deceived and betrayed, then, indeed, would even-handed justice go side by side, with the now homeless, houseless, penniless and starving soldiers of the rebel service. But the great repudiator of the Mississippi bonds is too shrewd to allow the consequences of his treason to visit his own door. Like the artful and cunning Iago, he has “put his money in his purse,” while the foolish and drunken Cassios are suffering the effects of the wide-spread poverty and desolation he has thrown around them.”

Volumes 1 and 2 of A History of the Civil War as Presented by the Church Advocate are available for $40 apiece from the author, Jim Moss, at his website. They are absolutely fascinating as a treasure trove of more than 100 letters from Union soldiers during the Civil War. Volume 2 stops in July with early coverage of the Gettysburg Campaign. Jim will be working on Volume 3 over the autumn and winter, which will carry into 1864.