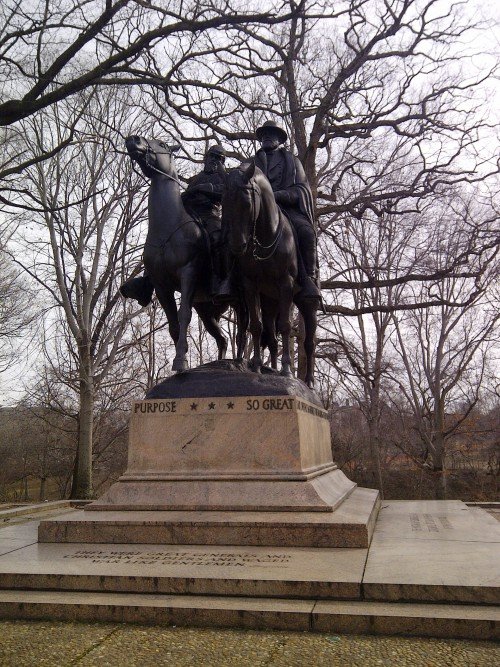 On a recent business trip to John Hopkins University in Baltimore, Maryland, I stopped by the Lee-Jackson monument, which I had previously seen. I took a few photos of this impressive commemorative equestrian statue, which is one of the few such memorials to have two riders instead of the usual single general.

The memorial is near the intersection of Art Museum Drive and Wyman Park Drive, with GPS coordinates of 39° 19′ 27.48″ N 76° 37′ 11.65″ W.  Dedicated May 1, 1948, the statues are the work of sculptor Laura Gardin Fraser, with the base designed by John Russell Pope. A wealthy businessman named Henry J. Ferguson, who strongly admired the generals in his youth, left $100,000 in his will for the monument.

Here are a few more photos: 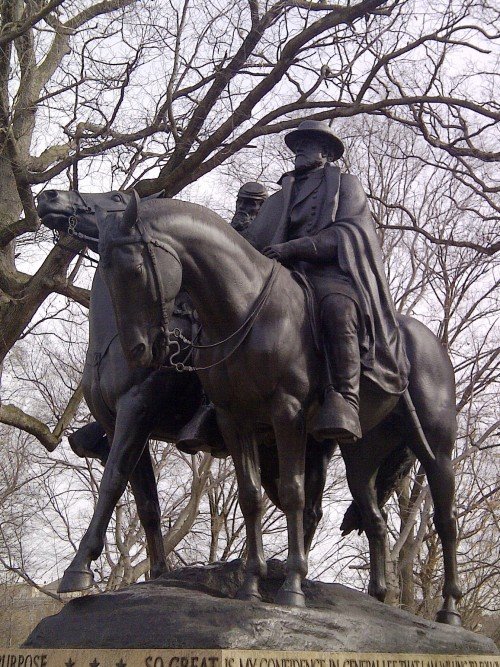 Gen. Robert E. Lee (right) was one of the South’s most beloved figures. His Army of Northern Virginia eventually surrendered to overwhelming and much better supplied and equipped Union forces at Appomattox Court House. “Marse Robert” at times tried to lead his men personally into the thickest of the battle, but his men took hold of the reins of his horse to deliver their message that he must go to the rear for his own safety, and for the future of the army. 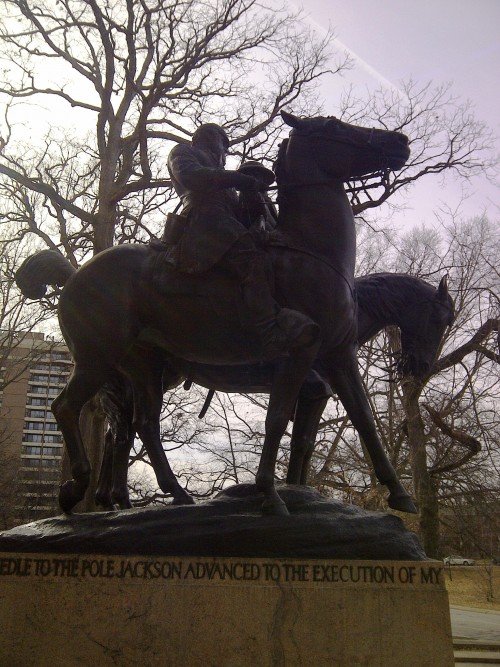 The figure on the left of the statue (when viewed from the front) is Lt. Gen. Thomas J. Jackson, known popularly as Stonewall Jackson for his stand at the First Battle of Manassas. Jackson died in May 1863 from complications after surgeons removed his arm after he was accidentally shot by his own men during the battle of Chancellorsville. Many of his soldiers rued his absence at Gettysburg later that year. 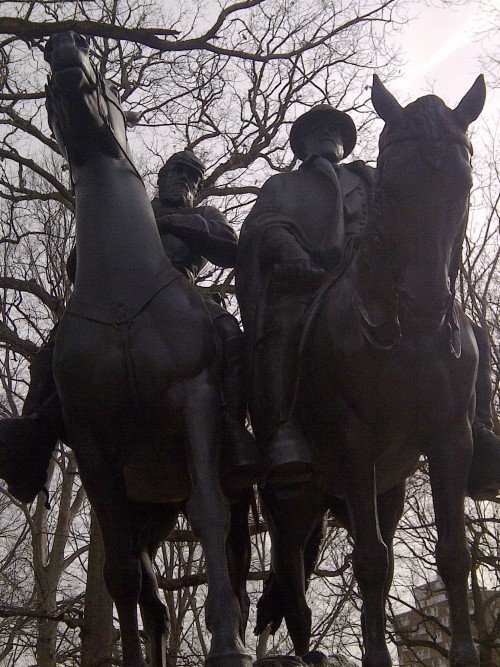 Lee and Jackson were perhaps the two most celebrated and best known (at least today) Confederate generals. This statue is only a few blocks from the campus of John Hopkins University in the Charles Village/Remington neighborhoods. 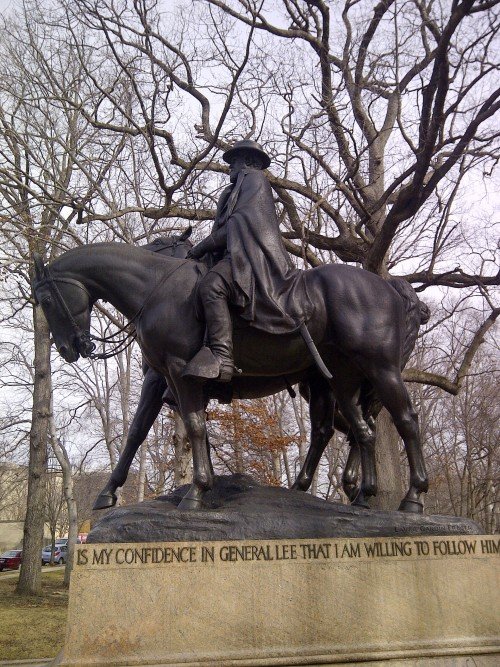 Another view of General Lee. 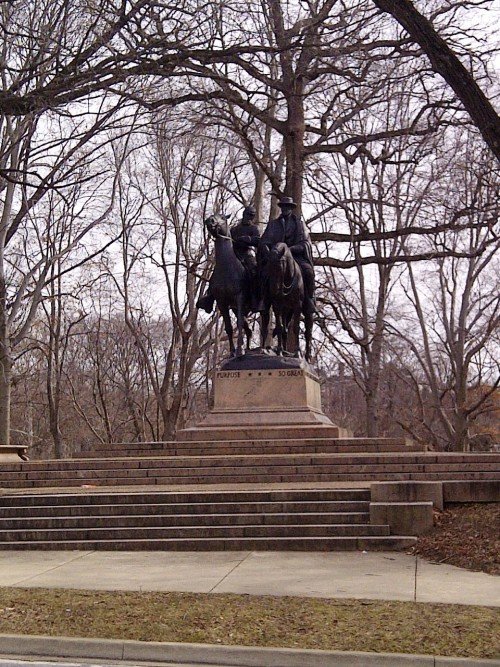