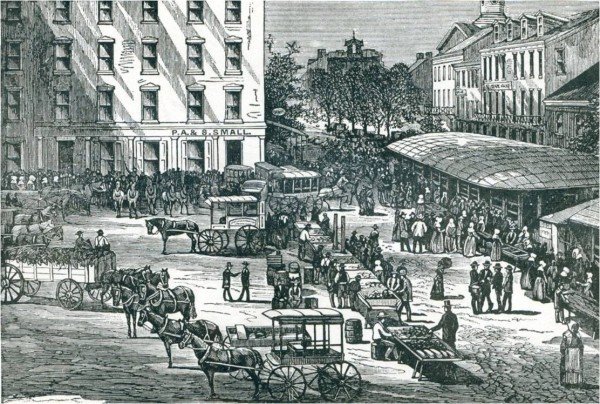 This image from the files of the York County Heritage Trust shows the Centre Square in downtown York, Pennsylvania, during the middle of the 19th century. The two market sheds gave rise to the name Market Street for the east-east main street. Running left-right in the image is George Street. In the upper left is the hardware store of leading York businessman Phillip Albright Small, who with his brother Samuel operated a milling concern as well as other enterprises.

On June 28, 1863, Major General Jubal Early’s Confederate troops occupied York during the Gettysburg Campaign. Some of Colonel I. E. Avery’s North Carolinians camped in the market sheds. The day before the Rebels arrived, the town’s Committee of Safety met in the counting room of the P. A. & S. Small store to discuss their options as to whether to resist the invaders or not.

Small never filed a damage claim with the state for what the Rebels took from him (he likely instead used his insurance to cover his losses). However, the National Archives in Washington has the original itemized receipt the Confederate quartermaster gave to the Smalls. Here are photos of those documents.

The cover sheet from the file lists the firm P. A. & S. Small. 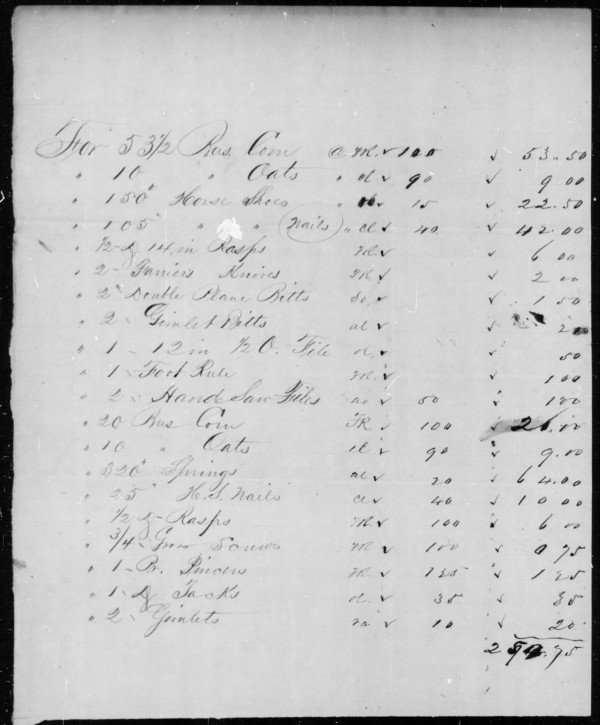 The Rebels took hardware from the store and mills, as well as grain. The Small brothers owned or operated a series of grist mills along the Codorus Creek, shipping flour and meal as far as South America with their international business. The company operated will into the 20th century, long after P. A. and Samuel were deceased.

Among the items the Confederates requisitioned were horse shoes, rasps, files, nails, tacks, drill bits, screws, hand saws and other tools, as well as bushels of oats and corn. Gimlets, among the sundries listed, were small hand tools with a screw point and a cross handle used for boring holes. 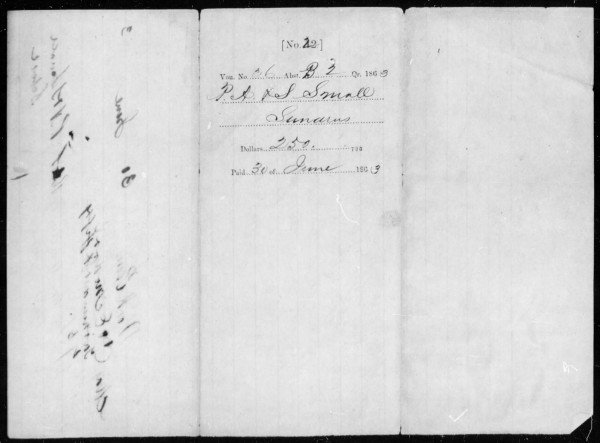 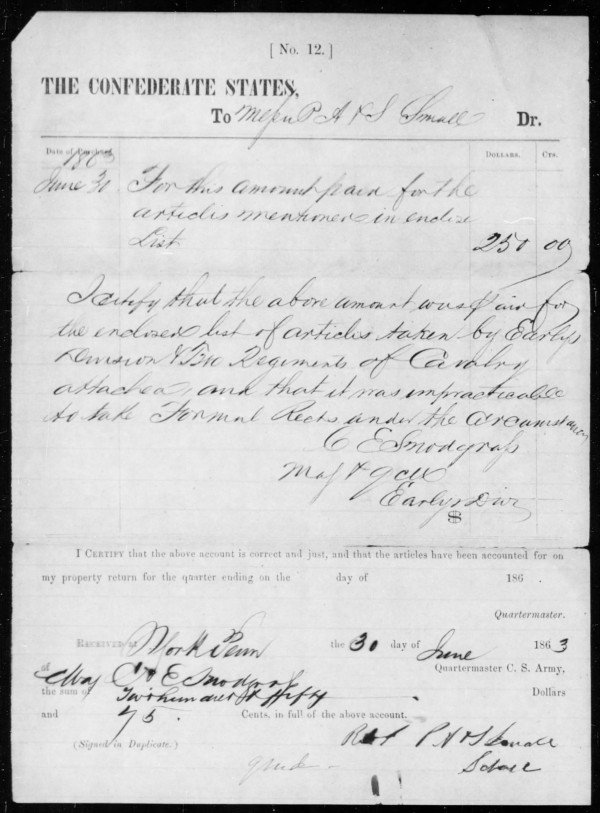 Major Charles E. Snodgrass, the quartermaster of Early’s Division, signed the receipt on June 30, 1863, before the Confederates left York and marched west to Heidlersburg. Snodgrass would survive the battle of Gettysburg and the war. He is the same officer who issued a requisition for food and supplies from the citizens of York on June 28 upon the division’s arrival in York.