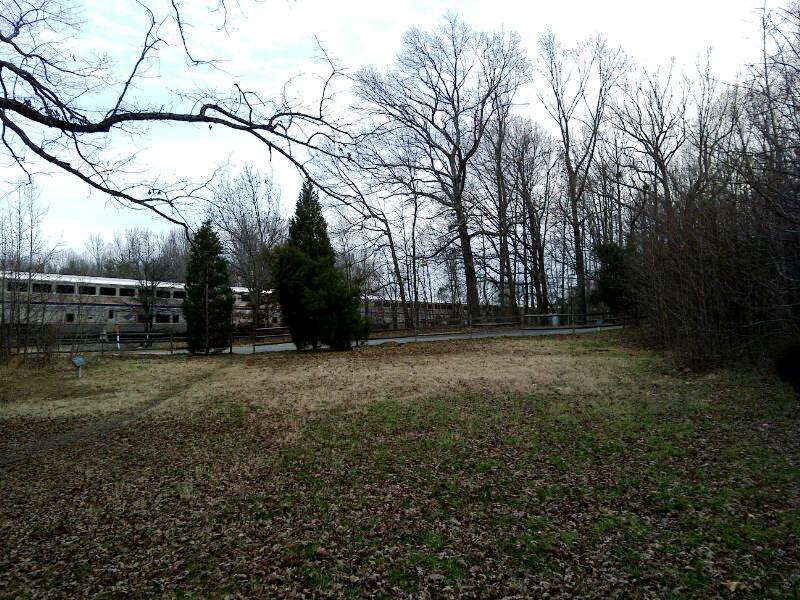 A late afternoon AMTRAK passenger train speeds through Hamilton’s Crossing just south of Fredericksburg, Virginia. During much of late 1862 through the spring of 1863, this ground was an important rail-head for Robert E. Lee’s Army of Northern Virginia. Union guns across the Rappahannock River on Stafford Heights could bombard any train attempting to steam northward into the city of Fredericksburg, so the Confederates moved their supply base out to Hamilton’s Crossing, which was safely beyond the enemy artillery.

For much of that period, the veteran infantry division of Maj. Gen. Jubal A. Early held this position. Early’s men departed Hamilton’s Crossing (for good as it turned out) on the evening of June 3, 1863, as they broke camp and headed west toward Culpeper. It was among the early moves of what would become the Gettysburg Campaign.

Not a single soldier that night at Hamilton’s Crossing could have guessed that their destiny would be the Battle of Gettysburg, or that they would claim the honor of capturing the largest Northern city to fall to the Confederate army in the entire Civil War — York, Pennsylvania. 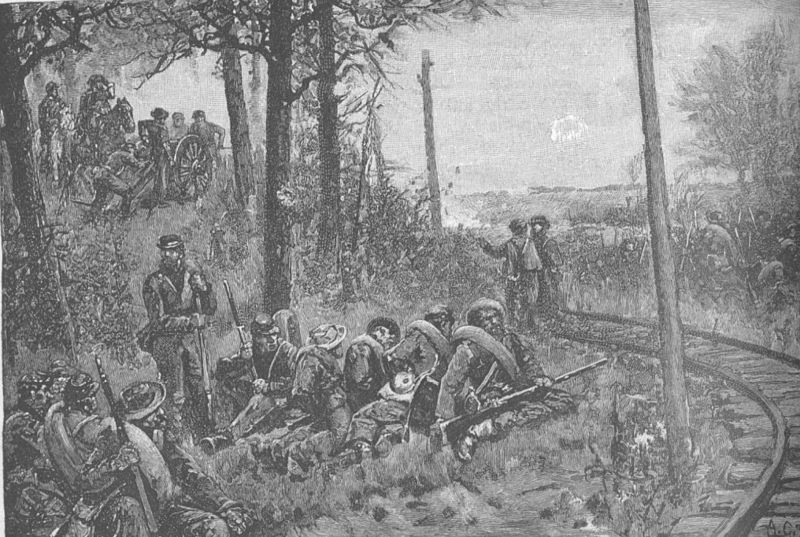 Confederate troops (likely some of Jubal Early’s men) at Hamilton’s Crossing during the Battle of Fredericksburg. This drawing appeared in the August 1886 issue of Century Magazine as well as in the book series Battles and Leaders. 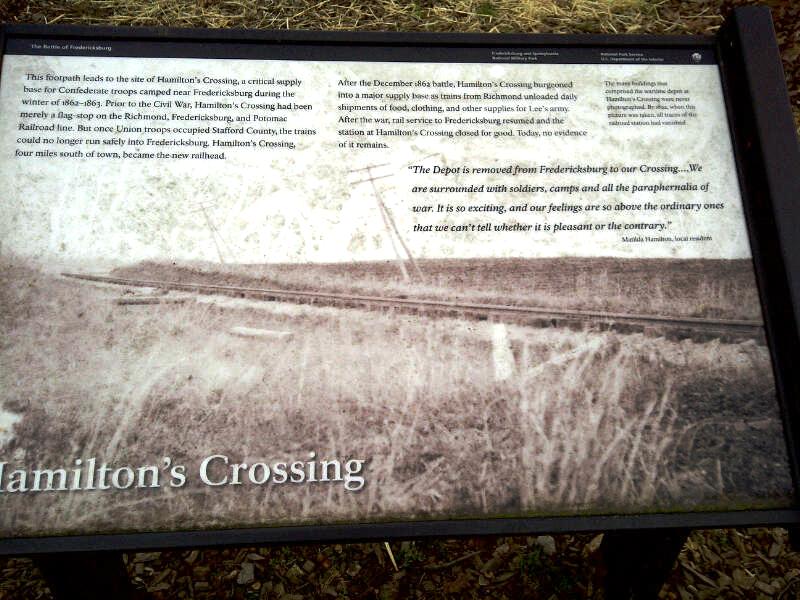 Hamilton’s Crossing was on the Richmond, Fredericksburg, and Potomac Railroad. According to the National Park Service, “the railroad traversed the Rappahannock River valley and connected Fredericksburg, about five miles to the north, with Richmond, about forty-five miles to the south. The railroad became a vital link providing the Confederate army with food and other supplies. The facilities consisted of a small station building where the Mine Road intersects the railroad, a telegraph shanty, and, probably, quartermaster tents and several sidings. 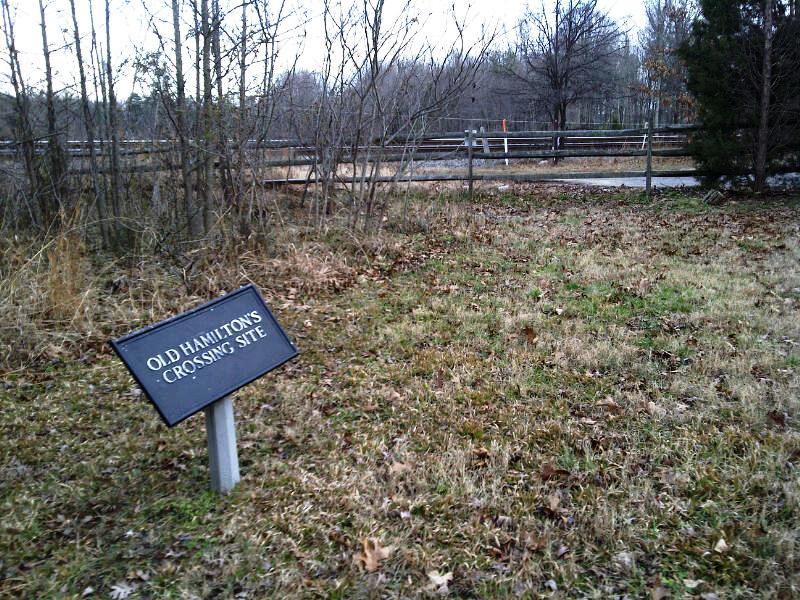 The crossing was named for Captain George Hamilton whose home, “Forest Hill,” stood on a knoll just southwest of the intersection. Though the home is gone now, the Hamilton cemetery still exists. Mine Run dates to colonial times when it meandered through Spotsylvania County from the iron mines in the northwestern section of the county to the Rappahannock River below Fredericksburg.” 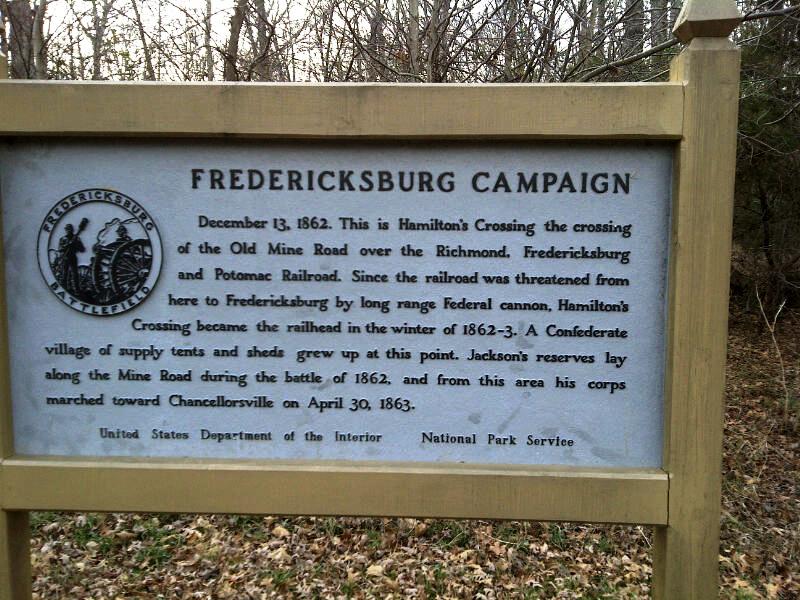 The site of the historic Hamilton’s Crossing can be reached by a 0.2 mile walking trail from the end of Lee Drive. Park at the Prospect Hill parking lot and hike down. Alternatively, one could drive down modern Mine Road; take the extension to the left (the old historic trace of the Civil War-era Mine Road); and park at the crossing itself. However, there is no access for automobiles to Lee Drive and the park itself from Hamilton’s Crossing if this second option if selected. 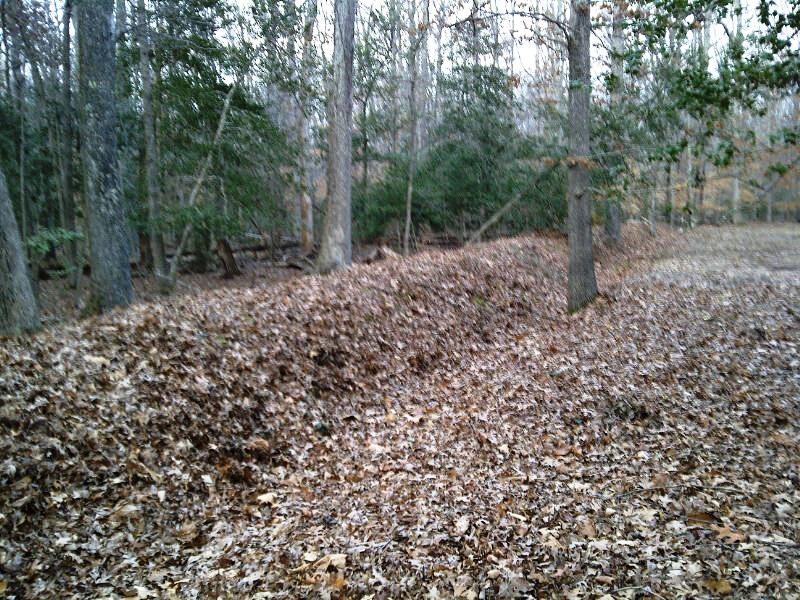 All photos taken by Scott L. Mingus, Sr., at Fredericksburg National Military Park on the late afternoon of January 20, 2012.