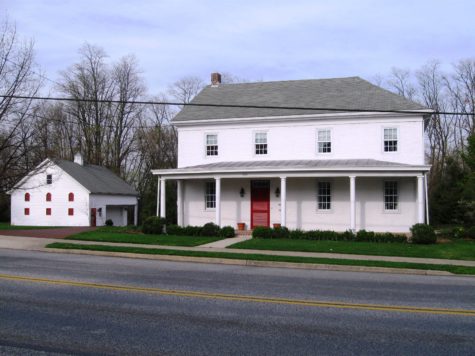 This picturesque old Pennsylvania Dutch farmhouse dates from the mid-1800s. It is on Baltimore Street immediately south of the busy town of Dillsburg, Pennsylvania. During the Civil War, this was the centerpiece of a prosperous farm owned by Isaac and Mary Ann Lerew.

The Lerew name was common in Carroll Township and the rest of northwestern York County, dating from before the American Revolution. Ike Lerew led a relatively comfortable lifestyle, as evidenced by U.S. Census data which included an evaluation of the worth of the farmers in the area. He and Mary Ann raised their children in this house, and the farm was a busy, active place, with a supply of freshwater in a nearby stream.

It was the location not far from downtown Dillsburg, the relatively level ground, good pasturage, and the water that led Major James H. Nounnan of the 16th Virginia Cavalry to select the Lerew homestead as his campground on the night of Sunday, June 28, 1863, during the height of the Gettysburg Campaign. His weary troopers grazed their horses in Lerew’s lush fields of oats and timothy grass, cut down fences for firewood, and took whatever supplies and food they could find. It is likely that the family was not home, as no damage claim exists for stolen horses. Ike may have taken them into hiding when word arrived that the Rebels were coming. 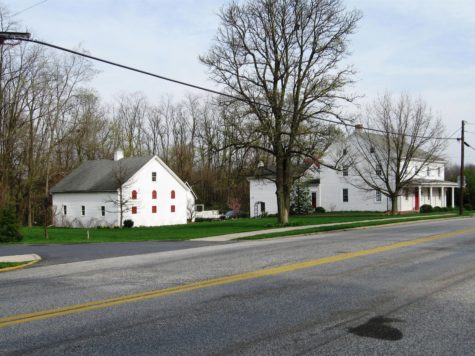 It is probable that Nounnan’s battalion reached the Lerew farm in the late afternoon, possibly a little earlier. He had time to send a patrol into Dillsburg to raid the local stores for food and supplies. He also dispatched several foraging parties that went systematically from farm to farm looking for any remaining horses. They had early success, but as word spread that the Rebels were scouring the vicinity, most farmers hid their horses and livestock in dense woods, thickets, and ravines, as well as high on the nearby mountains and other out-of-the-way locations.

According to 19th-century historian George R. Prowell of York, the Rebels “sent foraging parties through the country and in the mountains to capture horses. There were many horses concealed in the South Mountains, which were taken by them.”

By morning, Nounnan’s men, which numbered perhaps 250 mounted infantry mostly from West Virginia, had broken camp and ridden away from Ike and Mary Ann’s farm. However, stories of their exploits and activities remain even to this day, and several Carroll Township residents have shared with me tales that their ancestors told them about the Rebel raiders. Many of these will appear in an article that I have written for an upcoming issue of The Gettysburg Magazine.