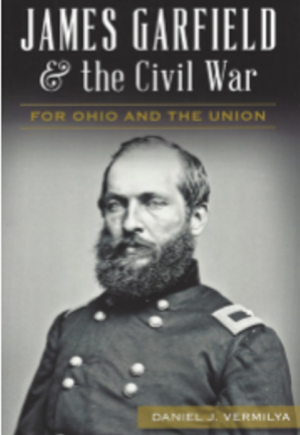 On May 17, 2017, please join the York Civil War Round Table in its 20th Anniversary Year, welcoming Civil War historian and author Daniel J. Vermilya to our meeting for his presentation “From Battlefield to the Whitehouse: James Garfield.” The monthly meeting is at 7 p.m. at the Historical Society Museum, Library and Archives, 250 E. Market Street in York, Pennsylvania. Admission and parking are both free, and the meeting is open to the public.

When the United States was divided by war, future president James Abram Garfield was one of many who stepped forward to defend the Union. While his presidency was tragically cut short by his assassination, Garfield’s historic life covered some of the most consequential years of American history. From humble beginnings in Ohio, he rose to become a major general in the Union Army. Garfield’s military career took him to the backwoods of Kentucky, the fields of Shiloh and Chickamauga and ultimately to the halls of Congress. His service during the war helped to save the Union he would go on to lead as president. Join Daniel J. Vermilya to discover the little known story of James Garfield’s role in the Civil War. 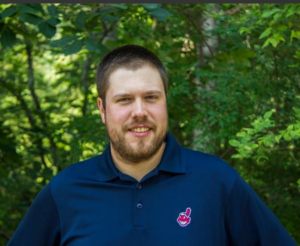 Daniel J. Vermilya is a Civil War historian who currently works as a park ranger at Gettysburg National Military Park. He has previously worked at Antietam National Battlefield in Maryland where he is also a Licensed Battlefield Guide. In 2012, he was awarded the first Joseph L. Harsh Memorial Scholar Award by Save Historic Antietam Foundation. He is a native of Kirtland, Ohio, and has previously done volunteer work for the James A. Garfield National Historic Site. Daniel is the author of two books on the American Civil War, including “The Battle of Kennesaw Mountain” (History Press, 2014) and “James Garfield and the Civil War: For Ohio and the Union” (History Press, 2015). He is currently writing a short history of the Battle of Antietam for the Emerging Civil War Series. He lives in Frederick, Maryland with his wife Alison.