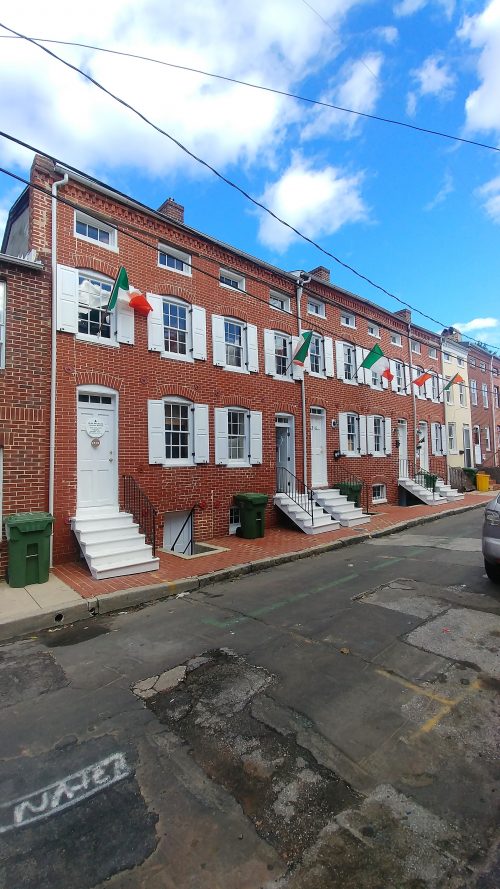 From the mid-1840s through the start of the Civil War, tens of thousands of immigrants arrived at U. S. ports, joining the established Irish-American population. By the time of war, an estimated 1.6 people of Irish extraction lived in the United States. New York City boasted the largest number of Irish, at 204,000 people (a fourth of the sprawling city’s entire citizenry). Irish made up almost a quarter (57,000) of the residents of Brooklyn, then an independent city. Philadelphia had 95,000 Irishmen; Boston 46,000; and New Orleans almost 25,000.

Another city with a large concentration of Irish was Baltimore. Before, during, and after the Civil War, the Irish contingent continued to grow in numbers and in its contribution to the city’s growth. A good number of Sons of Erin worked for the Baltimore & Ohio Railroad, with many concentrated in and around the B&O’s sprawling complex at Mount Clare on the western side of Baltimore. Men worked on section gangs, as general laborers, construction workers, machinists, and many other occupations. Some local Irish women took in laundry to help with the household income.

Many of the Irish lived in modest row homes clustered on the side streets near the B&O shops. A small section of these old brick row homes have been restored and preserved as the Irish Railroad Workers Museum and Shrine. I spoke there recently on my book on the Philadelphia, Wilmington & Baltimore Railroad and had a chance to tour the facility.

Here are a few of the photos I took after my presentation.

The museum and shrine consists of two adjacent row homes at 918 and 920 Lemmon Street (a half-block from the B&O Railroad Museum). The interior of 918 has been fully restored to approximate the lifestyle and furnishings of the Feeley family. According to the museum, “James and Sarah escaped the Potato Famine and began new lives in this home where they lived from 1863 to 1883, raising and educating their six children at St. Peter’s Parish. The front parlor, kitchen, and bedrooms of the period have been carefully restored.”

The next-door house at 920 Lemmon includes a DVD presentation on the Feeley family and the West Baltimore neighborhood. The building includes artifacts from the original St. Peter’s Church, as well as interesting displays on the B&O Railroad on the second floor. The third floor interprets a neighborhood bar, a favorite gathering place for the Irish workmen after a long day supporting the B&O’s operations.

The museum is open Friday and Saturday from 11 a.m. to 2 p.m. and on Sunday afternoons from 1 p.m. until 4 p.m. There is street parking available on Lemmon Street and nearby streets, as well as access from the city’s bus system (Orange Route, stop #213). It is also only a short walk from the B&O Museum (head south on Poppleton Street for a half-block and turn right on Lemmon). The phone number for the museum is 410-347-4747.

The museum also has a website and Facebook page. This excerpt from the website discusses the founding of the museum and its mission. “The Irish Railroad Workers Museum is a historic site in Baltimore Maryland that celebrates the history of the immense Irish presence in Southwest Baltimore City in the late 1840’s. The museum officially opened on June 17th, 2002. This site consists of a group of 5 alley houses where the Irish immigrants who worked for the adjoining B&O Railroad lived. Two of the houses, 918 and 920 Lemmon St., are the museum. The Irish Railroad Workers Museum is the centerpiece of a larger historical district that includes the B&O Railroad Museum, St. Peter the Apostle Church, the Hollins Street Market, and St. Peter the Apostle Cemetery. The museum is a project of the Railroad Historical District Corporation, a non-profit organization… Docents are available for museum tours and to answer questions, and your museum visit includes a wonderful video documenting Baltimore Irish History. Guided neighborhood tours are periodically scheduled, and can be arranged on request.” 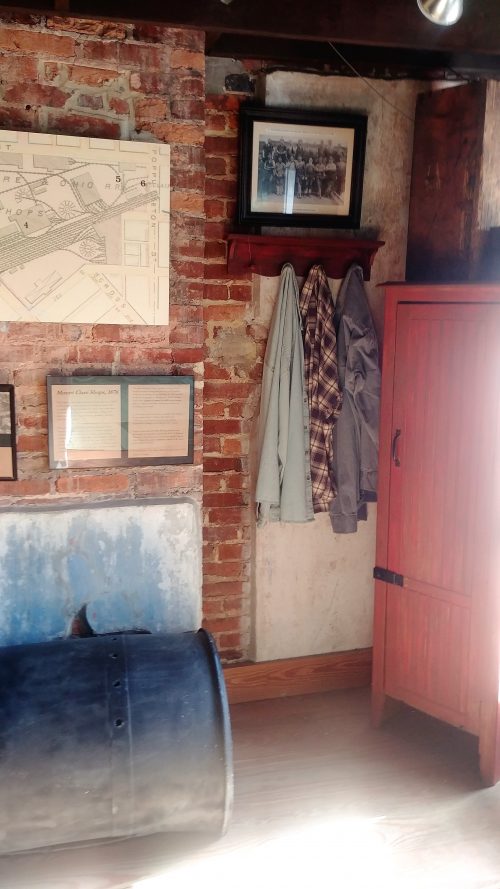