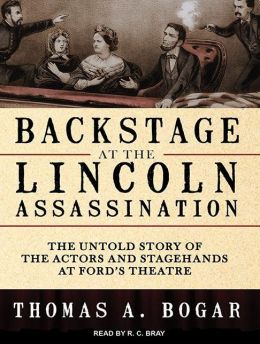 Scores, perhaps hundreds, of books have dealt with the April 1865 assassination of Abraham Lincoln at Ford’s Theater in Washington, D. C. All of them, of course, deal with famed actor John Wilkes Booth and the pistol shot that likely changed the course of Reconstruction.

The facts are well known.

Booth plotted the murder after some failed kidnapping plans, fortified himself with frequent stops at local bars, carefully blocked access to the presidential box, mortally wounded the 16th president during the play “Our American Cousin”, badly  injured his leg leaping down to the stage, pushed past veteran actor Harry Hawk who was the only one on the stage at the time, and then fled out the alleyway on a fleet horse held by a stagehand. He would be the subject of a massive manhunt which culminated in his shooting death and the hangings of four of his associates, including a woman.

What is much less known is how the shocking murder affected the dozens of actors in the play, the employees of Ford’s Theater, lead actress Laura Keene’s traveling party, the Fords, and their respective families in the days, weeks, and years following the assassination. Author Thomas A. Bogar has woven together a fascinating and fresh look at the events of that infamous night from the perspective of the eyewitnesses whose own lives largely would never be the same. 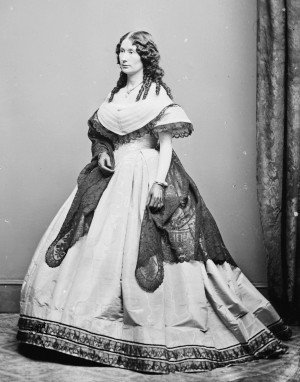 Nationally known actress Laura Keene was the star of “Our American Cousin”; two of her traveling companions were also in the play while her husband handled her business affairs. Keene, after Lincoln was shot, composed herself enough to reach the presidential box and cradle the dying president’s head. Her career, however, would never be the same. Bogar explores her reaction to the murder, her post-Ford’s Theater life, and her accounts of the tragic events.

Keene, Hawk, and actor John Dyott took a train from Washington to Baltimore after the assassination and then boarded a Northern Central train bound for Harrisburg. They passed through Glen Rock, Hanover Junction, York, and Emigsville, among other towns in York County.

Some of her fellow actors and actresses, all but two being from Ford’s house troupe, and the crew were questioned for hours by police, and some were thrown into jail. One stagehand, Edman “Ned” Spangler of York PA, would be tried as a conspirator and convicted of the plot to kill Lincoln. Bogar deftly tells all of their stories, except for one or two of John Ford’s obscure employees of whom precious little is known (e. g. “L. Johnson”).

The new book is well written, hard to put down, and thorough in its coverage of the actors, staff, theater management, and crew. Surprisingly no one had looked at this facet of the assassination story, and Thomas Bogar’s book is long overdue. He has capably filled in this missing piece of the Lincoln historiography and told a great, compelling story in the process. His prose is crisp, and he frequently reminds the audience who the characters are (a nice touch considering there are 40 to 50 people, almost all of them not famous, to keep straight).

If you are interested in the events of Good Friday, 1863, then this book is a must read.

Backstage at the Lincoln Assassination: The Untold Story of the Actors and Stagehands at Ford’s Theater