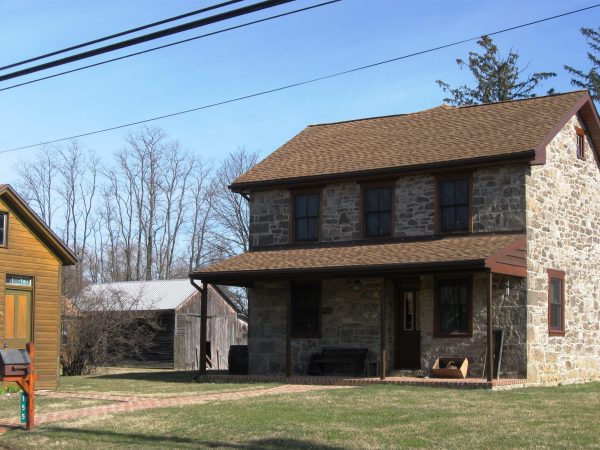 J.E.B. Stuart‘s men were exhausted by the late afternoon of July 1. They had skirmished with a wagon train and captured it in Maryland, fought another skirmish at Westminster, endured a gruelling ride up western York County following the Battle of Hanover, and now had crossed the Conewago Mountains earlier that day. Unknown to them, their travails had only just begun… Gettysburg awaited. 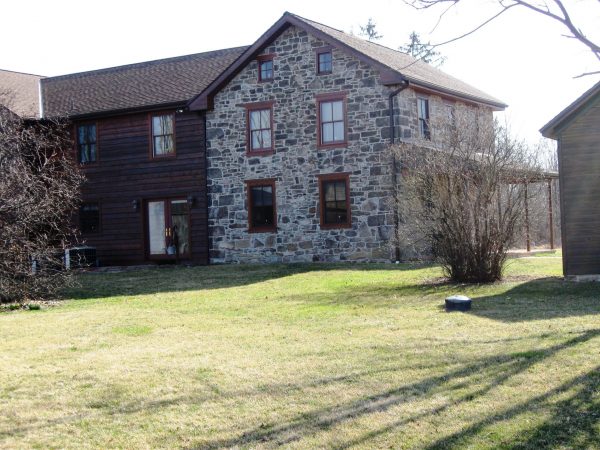 Fitz Lee‘s column passed by the Carlisle Road farmhouse while Wade Hampton‘s troops took the parallel Old York Road to reach Dillsburg. By the time they crossed into Carroll Township, the word had spread quickly from refugees from Warrington and Washington townships that the Rebels were coming. Hundreds of farmers, as well as much of Dillsburg’s residents, either fled to safety with their livestock and horses, or took great pains to lead their horses into out-of-the-way hollows, ravines, woods, or other hiding places.

As a result, only 40 Carroll Township families are known to have lost horses to the Confederates, and, of them, 20% were hit during Confederate Maj. James H. Nounnan‘s June 28 raid. The other 32 suffered losses to Stuart and Lee. William B. Miller was typical of the Carroll farmers who were visited by the Rebels on July 1. A 4-yr-old bay horse was taken from a thicket of overgrown bushes on his farm. To his dismay, another horse he had hidden was also lost, a 6-yr-old spotted mare which was seized from the land of William Hartman to the east in Monaghan Township.

Some farmers and businessmen had taken their horses to a dense woods on the land of John Cook, presuming them to be safely hidden from prying Southern eyes. They were wrong. Cook, John Kleindinst, Samuel Reed, and tanner Joseph Deardorff learned to their surprise that the Rebels were very efficient in this game of “hide-n-seek.” Nearly 100 horses were taken from Carroll Township as a result of Jenkins’ Raid and Stuart’s march. Out of all the townships in York County, a careful study of the available damage claims indicates that Carroll’s farmers had the most warning, took the most time to secret their horses, and yet they had the highest percentage of hidden horses taken by the Rebels.

Andrew Spahr lost a fine horse he had hidden in some woods down in Warrington Township, as did his relative Thomas L. Spahr. Frederick Welty‘s attempts to hide his horse in a dense thicket deep on his farm failed; Rebels discovered it and led it away. George Wilson lost a 7-yr-old dun horse, 10-yr-old black mare, 4-yr-old bay mare, 3 halters & chains. He had secreted the animals in “a secluded thick woods.”

Daniel Wolf was determined to recover his lost dark bay mare, bay mare, and bay horse which he had hidden in a clump of bushes in one of his fields. The Rebels had left behind a played out nag worth $25. The evening of July 1, Wolf traveled to the Rebel campsite northwest of Dillsburg on John Mumper’s farm, where, sure enough, he saw his horses in Confederate possession. Despite his pleas, his horses were not returned. After the war, Wolf filed a claim for $500; he recovered his horses or his money.