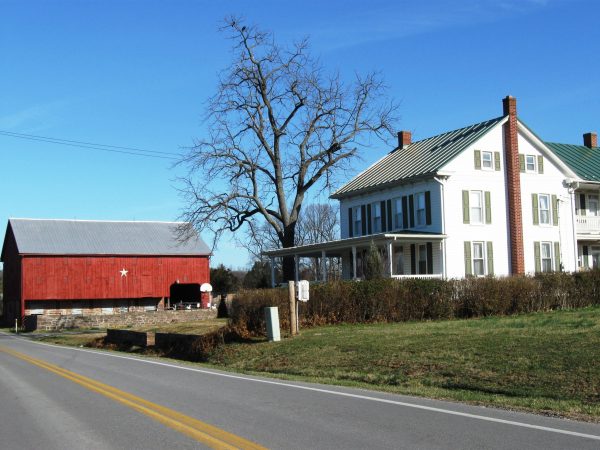 This well maintained old 19th-century farmhouse and associated outbuildings are located at the intersection of Butter and Bull roads (a.k.a “Eastmont”) in northeastern Dover Township in York County, Pennsylvania.

During the American Civil War, Confederate cavalry patrols from Brig. Gen. Wade Hampton III’s brigade of Jeb Stuart’s cavalry corps passed by this home and foragers likely wandered around the barn and stable looking for horses. It is probable they found none, as farmer E. Gross did not file a formal damage claim with the state to recover any losses for personal property taken by the Rebels. Of course, not every York Countian whose horses or other possession were stolen bothered to file a claim after the war.

Stuart divided up his force, with the brigades of Col. John Chambliss, Jr. and Brig. Gen. Fitzhugh Lee heading northwesterly via Harmony Grove Road to Wellsville, where they too apparently split up on parallel roads for a short period before rendezvousing south of Dillsburg.

More than 25% of all the households in Dover Township filed state damage claims, some reporting thefts by separate Rebel forces on consecutive days. Of interest is the fact that 19th century historian George Prowell gave a much higher number for the amount of horses taken by the Confederates than can be tabulated by adding up all the known damage claims filed by township residents. However, I have only recently finished compiling the claims in Harrisburg actually filed by post-war Dover residents.

As I very briefly looked through Cumberland County’s claims, I noticed a couple of 1863 Dover residents who had moved after the war before filing claims in their new hometown. I am sure that there are more of these kinds of claims that I will encounter as time goes on. In this case, Mr. Gross did not file a claim. However, five other Dover men by the same surname indeed testified that they lost a horse.

I have taken the 1860 Shearer & Lake map of Dover Township and the 1876 Atlas map and colored in those farmers names that we know filed claims. The sea of yellow highlights indicates the extreme breadth of the Confederate movements of Jubal Early and then Stuart.

For much more, please pick up a copy of my book on Stuart’s Ride! 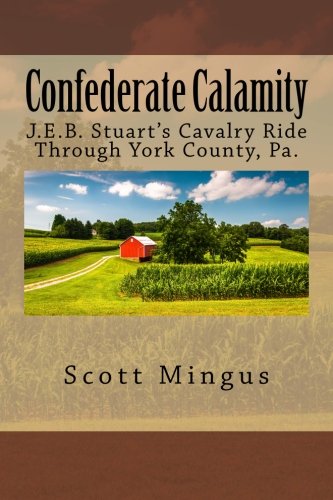