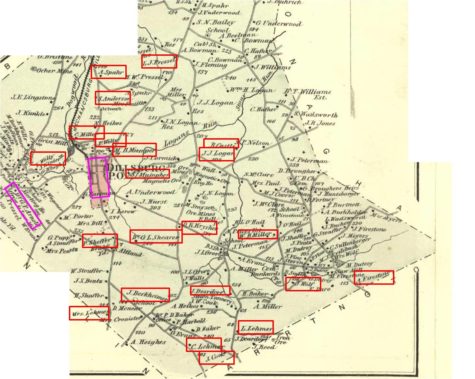 On July 1, 1863, concurrent with the afternoon fighting on the first day of the Battle of Gettysburg, more than 5,000 Confederate cavalrymen passed through Carroll Township in northwestern York County, Pennsylvania. They were commanded by Major General J.E.B. Stuart, who was marching toward Carlisle and a hoped for rendezvous with the infantry of Ewell’s Corps. Stuart, hoping to get some definitive word on the location of the Army of Northern Virginia, sent out various scouting parties.
He also sent out foragers, scouring the countryside for horses, mules, and supplies. They were hard to come by in this largely rural region. A previous raid by Rebel cavalry under Brig. Gen. Albert G. Jenkins had taken some of the horses, while hundreds of other animals had been taken to safety or hidden in the woods. A half dozen or so Carroll Township farmers had taken their horses down to Warrington Township to supposed safety on the imposing heights of Round Top mountain, but the Southerners had already found them. Several men had hidden their horses in the thick woods owned by John Cook on a farm off today’s Route 74 just north of the township line; they were among the first horses discovered and seized by Stuart’s column as it entered Carroll Township.
The Rebels weren’t finished.

Shortly after leaving Dover, Pennsylvania, earlier in the day, Stuart had split his column, sending Brig. Gen. Fitzhugh Lee‘s brigade and that of Col. John R. Chambliss, Jr. on a parallel path slightly to the west, up Harmony Grove Road toward the Baltimore Pike. It is likely that some of Lee’s men rode into John Cook’s woods and found the hidden horses. Stuart’s main body, including the brigade of Brig. Gen. Wade Hampton III, followed the York Road into Dillsburg. 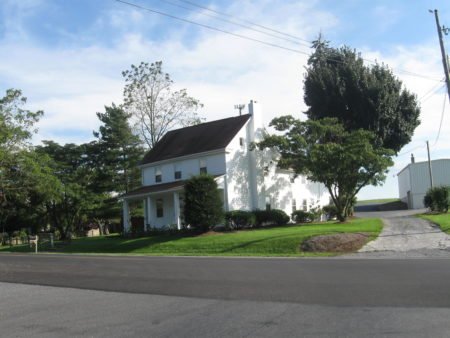 Along the way they paused at the farm shown above at the intersection of Ore Bank Road and the York Road. It was owned in 1863 by David R. Krysler, a prosperous Pennsylvania German farmer and his large family. He later filed a damage claim for a 7-year-old black mare, an old 16-yearr-old bay mare, a bridle, and two halters. He asked for $304 in compensation from the government; like other York County claimants, he received nothing for his efforts and paperwork.

Some of Stuart’s boys (likely Fitz Lee’s Virginians) rode down the Old Mill Road toward Dogwood Creek to water their horses. Along the way, they stopped at a farm owned by Charles Miller, just east of the wandering watercourse. Miller later filed a border claim for $265, citing that Stuart’s troopers had taken a 10-year-old black horse, an 8-year-old dark gray mare, a riding saddle, and a bridle. 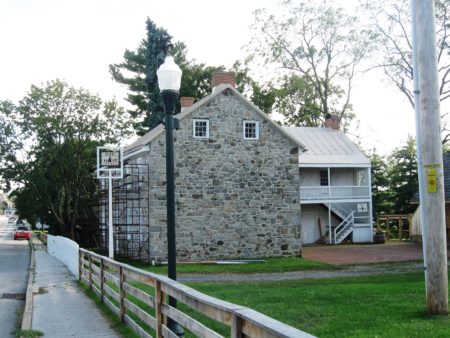 Stuart’s column paused in downtown Dillsburg to rest and raid the town’s stores and merchants. Local lore states that several of the men watered their horses and refilled their canteens at the well at the old Dill Tavern, shown above in this photograph taken in late August 2009. In 1863, this building was the headquarters for the Welty family’s agricultural interests. Levi Welty filed a damage claim for a pair of 6-year-old sorrels taken by Stuart’s men. 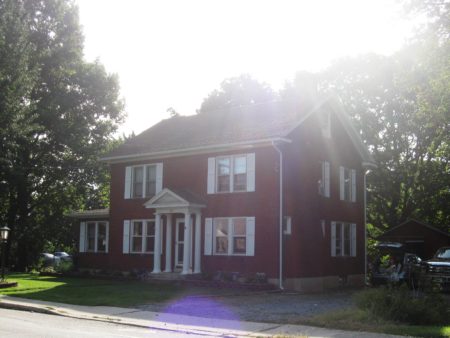 Wade Hampton’s brigade went into camp just northeast of Dillsburg on the sprawling farm and orchards of horticulturist / farmer / miner John Mumper. The general area is now developed with modern housing and is lost to the historian. However, some of the farms in the region that were raided by Hampton’s men after dark on July 1 can still be found.
Among the men in this area who lost horses to the Rebels was Frederick Welty, (1779-1877) whose farm was located off today’s Welty Avenue along the old Harrisburg Pike. The old pastures, thickets, and fields today are occupied by a neighborhood of tidy, well-kempt residences. Welty had hidden his 12-year-old black mare in one of the thickets, assuming the horse would not be discovered in the darkness. He was wrong. Confederate cavalrymen rode onto his property and took the horse. They also emptied his corn crib.
A few Carroll Township residents either visited the Rebel camp or rode out to it, including Daniel Wolf, whose farm was in the southeastern part of the township along the route of Hamton’s march. Wolf had lost a dark bay mare, another bay mare, and a bay horse that he had hidden in a clump of bushes in one of his fields. The Rebels left behind a played out nag worth only $25 in exchange for his $500 worth of fresh horseflesh. He apparently tailed the Rebel column, and later reported in his sworn deposition that he saw his trio of stolen horses in Hampton’s camp on the John Mumper farm. He never recovered his horses, or his money.

Excerpted from my book, Confederate Calamity.