As the advance elements of Maj. Gen. James E. B. Stuart’s Confederate cavalry rode away from the Battle of Hanover in southwestern York County, Pennsylvania, they used a variety of roads to head toward Jefferson, a crossroads hamlet where Stuart would pause, set up artillery, and regroup. Thanks to research by Hanover author and Licensed Battlefield Guide John T. Krepps, we have a strong indication of the roads Stuart used and the various farms along the way that his men raided for horses and/or supplies. These findings originally appeared in the Holiday 2003 issue of Blue & Gray magazine.

In the last post, Stuart’s column, likely Fitzhugh Lee’s brigade, turned off the Baltimore Pike onto Fuhrman Mill Road, which in 1863 was a winding, hilly dirt road that served as a transportation artery for a variety of farms in the area. Many of the Keystone farmers would find Rebels riding around their barnyards and stables, hunting for horses. 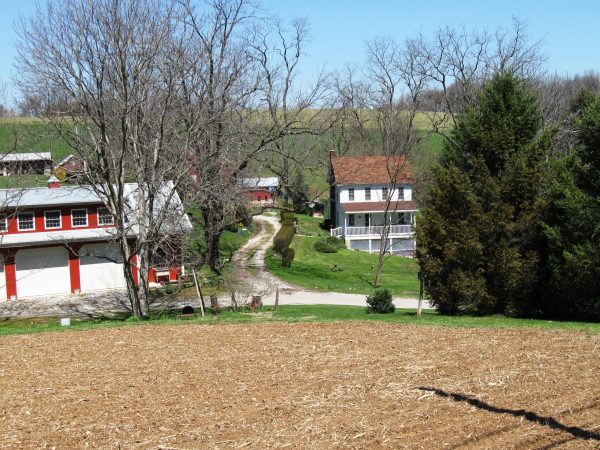 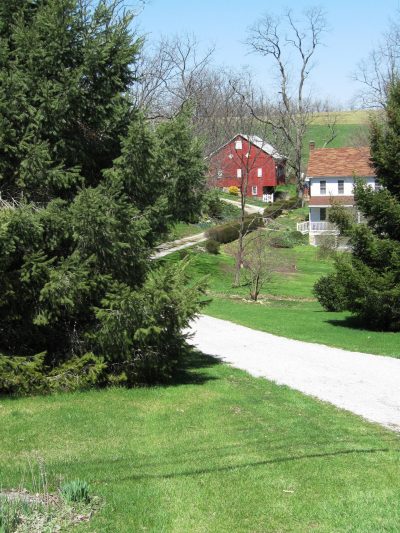 Among the early victims of Stuart’s men was West Manheim Township farmer Simon Barnhart. Rebels took from him a buggy, two mules, a harness, and 40 bushels of corn to feed their horses and mules. He later filed a border claim for $325. 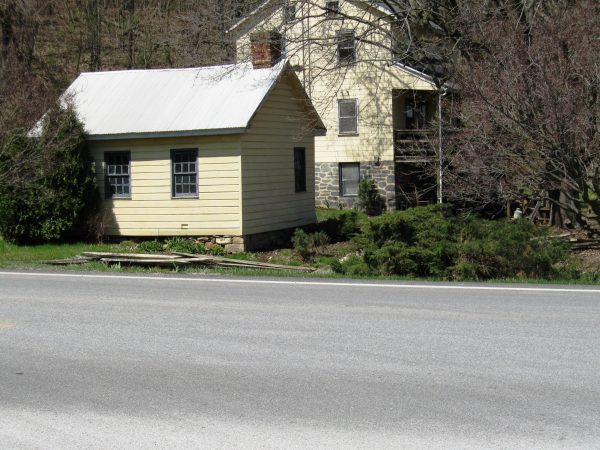 Old Pennsylvania Dutch farmhouse along Fuhrman Mill Road, a route taken by elements of J.E.B. Stuart’s cavalry away from Hanover.

Just up the road a quarter-mile from Barnhart’s farm what that of William W. Allbright. A dismounted Rebel entered his field and emerged riding his gray mare, while leading off two bay mares and a chestnut horse. He pegged his loss at $600 in 1863 dollars.

Down the road bear the intersection of Fuhrman Mill Road and Black Rock Road was the farmhouse of John Wildasin and his family. Toward evening, Confederates rode by, and one entered one of his fields and led a $200 bay horse away. Wildasin never saw the animal again. 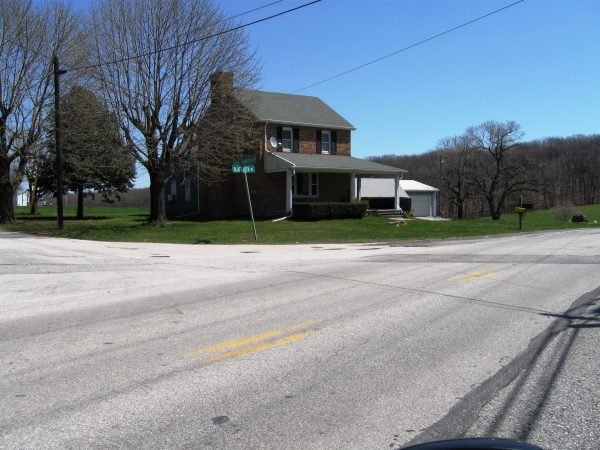 In all West Manheim Township farmers suffered heavily that Tuesday afternoon and evening as Stuart’s men fanned out on back roads and farm lanes. Twenty-two men later filed separate damage claims, and there is no good estimate as to how many others were victims of the Rebels but for some reason failed to file state damage claims. Hit the hardest in the township was Ephraim Nace, whose claim for $813.75 included a 3-4-yr-old roan stallion, 4-yr-old iron gray horse, 11-yr-old dark bay, an 11-12-yr-old gray mare, four halters, a saddle, and a whip. In addition, Nace was forced to accompany Stuart as a guide. His farm was off today’s Impounding Dam Road near Tollgate Road. He wasn’t the only West Manheim farm to be forced to accompany Stuart’s column. Nearby Jacob Leppo was forced into similar duty.