As some of J.E.B. Stuart’s Confederate cavalrymen escorted 125 captured Union supply wagons across Fairview Road south of Hanover, Pennsylvania, following the Battle of Hanover, outriders and foraging patrols frequently raided the barns and stables along the way in an effort to locate and procure fresh horses. Dozens of farmers in West Manheim Township were victimized, some to the point where they would have difficulty bringing in their harvest that summer.

Among the early victims was Edward Becker, who lived off Fairview Road and Beck Mill Road. He lost a horse he valued at $100. 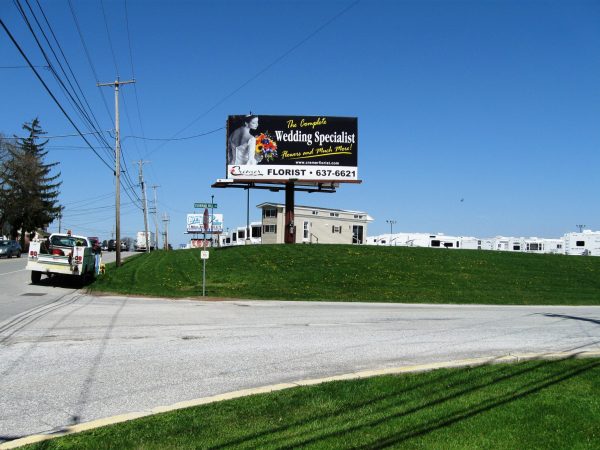 Stuart’s lead brigade, that of Brig. Gen. Fitzhugh Lee of Virginia, departed Hanover in the early afternoon. They worked their way to the Baltimore Pike and turned eastward at Fuhrman Mill Road. Today, a Turkey Hill convenience store sits at this intersection on the southeast side. The northeastern corner (shown above) once was the site of Centre School.

Just south of the mini-mart is an old farmhouse. 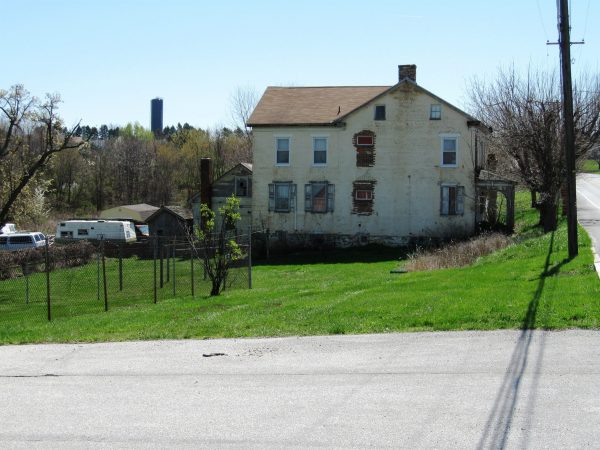 Hearing news that the Rebels were in the area, 50-year-old farmer Anthony Brockley‘s adult son John led their horses to safety. However, a group of 8 or 9 Rebels overtook John Brockley, confiscated all four animals, and briefly took him prisoner until Yankees from Kilpatrick’s division arrived in the scene. Near this intersection, a small skirmish is believed to have occurred as opposing parties fired at each other. John and his father later asked the government for a combined $400 for their losses.

Anthony and Elizabeth Brockley had a large family (as was common in the 19th century), with sons John, Urias (or Uriah in some accounts), Samuel, Lewis P., and Joseph, and three daughters. Many of their descendants still live in the Hanover-Littlestown area, as well as in York.
Tomorrow we will follow Lee’s Brigade eastward on Fuhrman Mill Road. Several more farmers in the region would lose horses to the passing Virginia cavaliers.