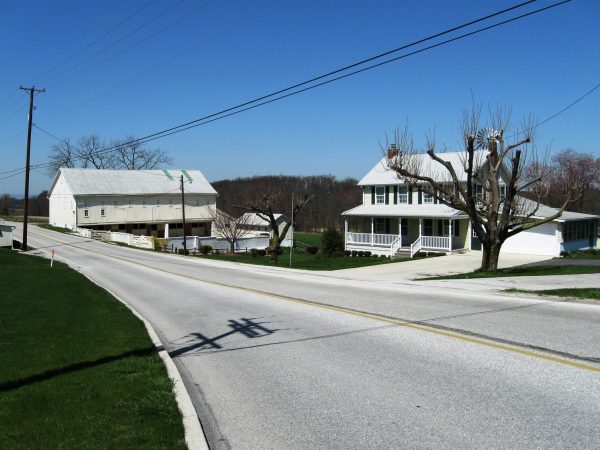 The Joseph Arnold farm south of Hanover, Pennsylvania, was astride Fairview Road, one of the main routes for the Confederate cavalry to leave the area during the Battle of Hanover.

It was the hot, humid afternoon of Tuesday, June 30, 1863. For several hours, the roar of artillery had echoed off of the many ridges, hills, and low mountains in southern York County, Pennsylvania. Residents stood on their porches listening to the cacophony and wondered about the angry sound of war. For the citizens of Hanover, tucked in the extreme southwestern part of the county, the noise was even more deafening, as shells whirled through the air above them as opposing gunners on hills north and south of town dueled, with the houses and businesses and people caught in the middle.

Realizing that he was unable to drive off the Yankee defenders, who had received considerable reinforcements since morning, Major General J.E.B. Stuart decided to withdraw toward York, where reports indicated he would rendezvous with the easternmost elements of the Army of Northern Virginia, the division of Jubal A. Early. During the afternoon, while artillery shells still burst over Hanover, Stuart began pulling out, conceding the town and its crossroads to the Yankees.

Stuart pulled out in phases, sending a lengthy train of captured Union supply wagons ahead. It is likely that much of this long column passed by this farm, heading east on Fairview Road. Research by Hanover historian John T. Krepps, a Licensed Battlefield Guide at Gettysburg, has revealed the routes that Stuart took that afternoon and evening to move from Hanover through Jefferson to York New Salem (I have continued his pioneering work and have traced Stuart from New Salem through Dillsburg). 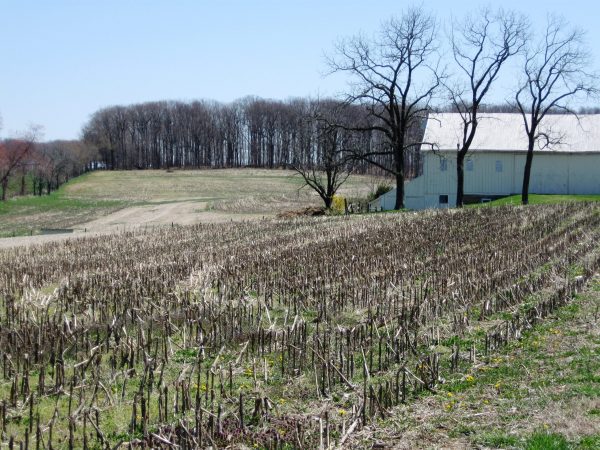 Landowner and farmer Joseph Arnold filed a claim for damage to three acres of wheat that was destroyed by the Confederates. Rebels also raided his barn, entering the stable and walking away leading three of his horses. He lost two black mares and a roan mare; and the Confederates hauled out twelve bushels of wheat to feed their animals. He later asked the government for $290 in compensation. 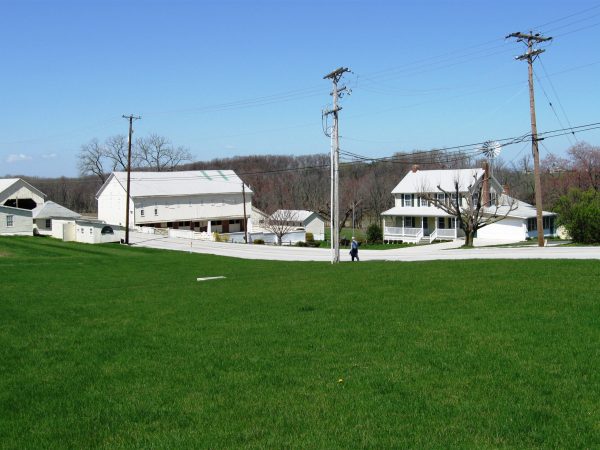 The old farm is still in very good shape and is well cared for. Across the street is a large evangelical church (the Hanover First Church of God); I doubt many of the worshipers realize the historical significance of the old farm or that for a brief time on a sunny afternoon back in 1863, the road they take to church was jammed with balking mules, gleaming canvas-topped wooden wagons, swearing teamsters, and scores and scores of Union prisoners-of-war.