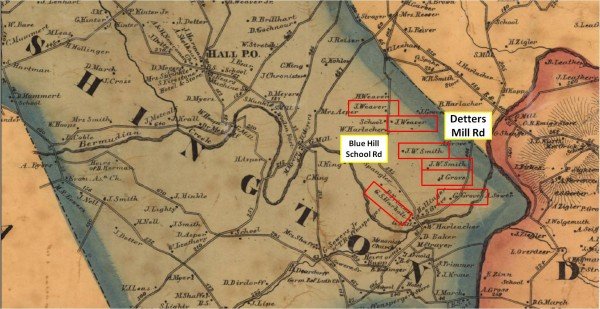 It is the sunny morning of July 1, 1863. It is already hot, and the morning fog has burned off. For farmers in northwestern York County, Pennsylvania, this will be a day of dismay, and for some, sheer terror. For on this day, many of these farmers will be visited by armed Confederate cavalry seeking their horses, mules, provisions, food, and livestock. At times, the Rebels would level their pistols at the terrified country folk and demand money, watches, or other goods. The name J.E.B. Stuart would be long remembered in this hilly region of lush farms, rich soil, and plentiful water.

Stuart’s 4,500 men had encamped the previous night at Dover, a village on the state road from York to Carlisle. Now, as the morning wore on, Stuart, hearing that Confederate infantry was at Carlisle, began moving his troops northwest toward that distant town.

One column under Col. John R. Chambliss, Jr. headed out of Dover using Harmony Grove Road. Stuart himself would later follow with Fitzhugh Lee’s brigade, leaving his final brigade, that of Wade Hampton, to escort a captured Yankee wagon train up the state road (parts of which are now Route 74) to Dillsburg.

Shortly after crossing the covered bridge on Harmony Grove Road over the Conewago Creek, a rather sizable patrol from Chambliss’s brigade made a side trip looping down Detters Mill Road to Smith Road and Blue Hill School Road, taking every horse they could find along their path.

Many of these old farms are still extant. Here is a photo essay of the region as it looks today, as well as some stories from the farmers whose lived intersected with Confederate raiding parties that long ago first day of July, 1863, while a battle raged in the next county to the west at a crossroads town called Gettysburg. 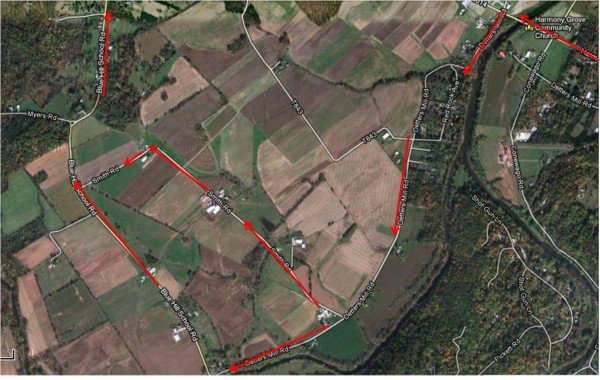 Colonel Chambliss’s patrol headed south from Detters Mill and followed the old road along Bermudian Creek. One party turned right onto what is now Smith Road and raided the farms along that rural lane. Another party continued to the intersection of Blue Hill School Road, perhaps pausing to raid the grist mill along the creek. 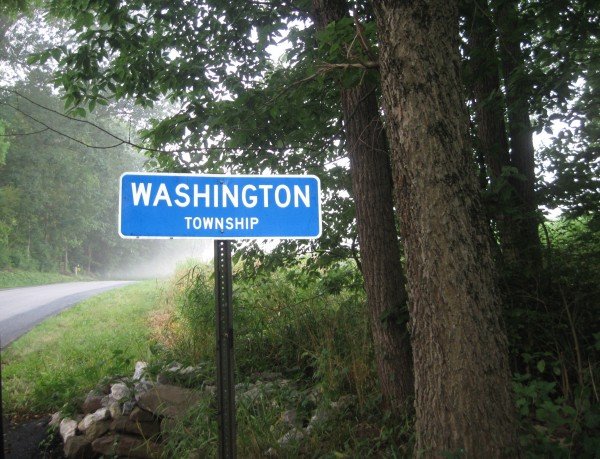 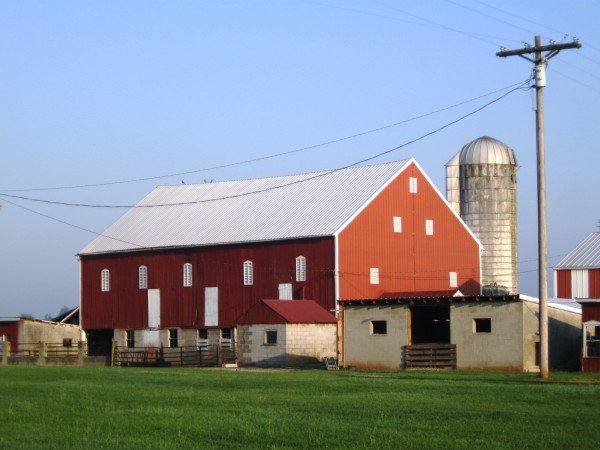 Perhaps the first farm the Rebels targeted was George Grove‘s sprawling place at the intersection of Detters Mill Road and Smith Road. Grove filed a post-war damage claim citing the loss of a 7-year-old horse from his stable. 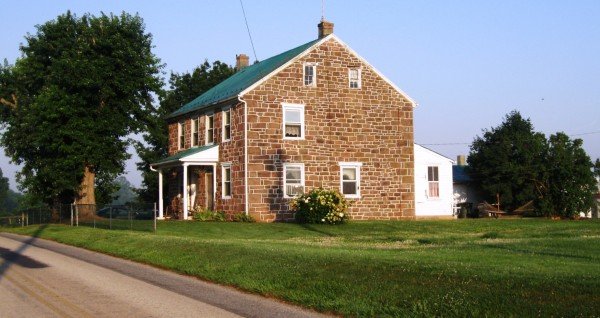 Ironically, George Grove was a conscientious objector; his name appears on a list of men in York County who were exempted from the military draft for religious reasons. Grove valued his lost horse at $100. 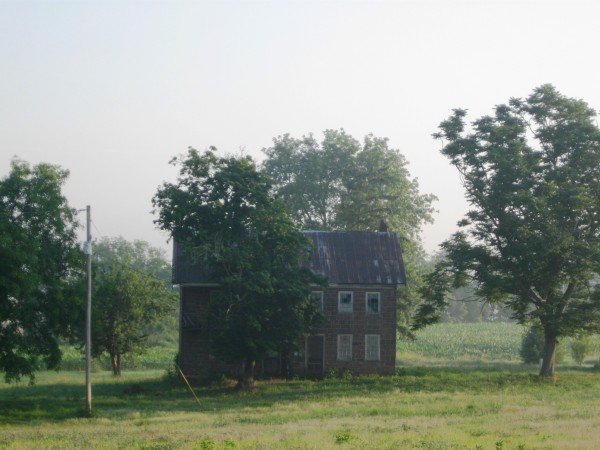 The patrol which turned north onto Smith Road next visited the Jacob Grove farm. Grove, a kinsman of George Grove, reported that the Rebels took a 6-year-old brown mare and a 16-year-old black horse from a field. Grove placed a value of $215 on his stolen horses. Like his relative, he would never receive compensation despite filing a claim with the state. 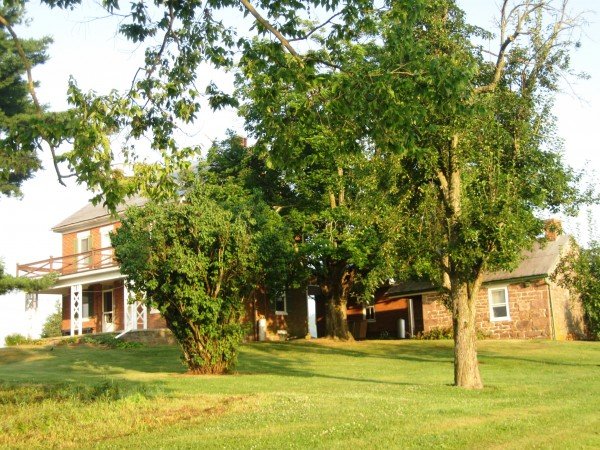 Smith Road is named for prosperous wartime farmer John W. Smith, who owned a pair of farms north of Jacob Grove’s place. He reported losing a 15-year-old bay, 7-year-old chestnut bay, and a 3-year-old iron gray horse taken from one of his barns. He asked for $395 in compensation from Pennsylvania. 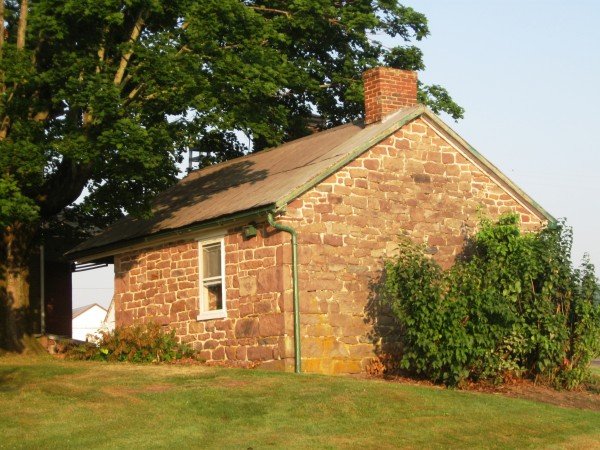 Both of Smith’s old farms are well preserved. One is occupied today by a Mennonite family and is still a working farm. The northernmost of the pair of farms has been nicely restored and landscaped. 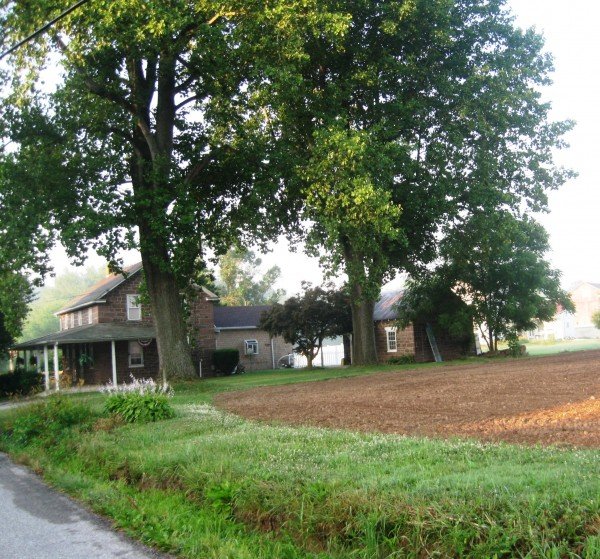 Chambliss’s other patrol headed toward Bermudian Creek where a small settlement had grown up around a local grist mill. The only known casualty in this region was Samuel Harbolt, who lost a 3-year-old black mare and a matched set of two 7-year-old bay mares. He was out $417. Somehow his next door neighbor, Peter Trimmer, managed to avoid losing any horses. Perhaps Trimmer had previously taken them to safety, or he may have simply never bother to file a post-war damage claim. 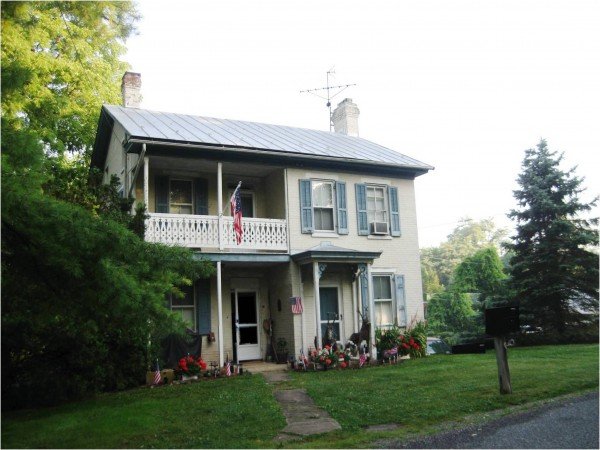 The Rebels rode up Blue Hill School Road back toward Chambliss’s main column which was still on Harmony Grove Road. Jacob Weaver owned two farms near the one-room schoolhouse. He filed a $335 claim for a 7-year-old gray and a 4-year-old sorrel. According to the current owner of the house, family lore is that one of the horses had been hidden in the cellar of this farmhouse. 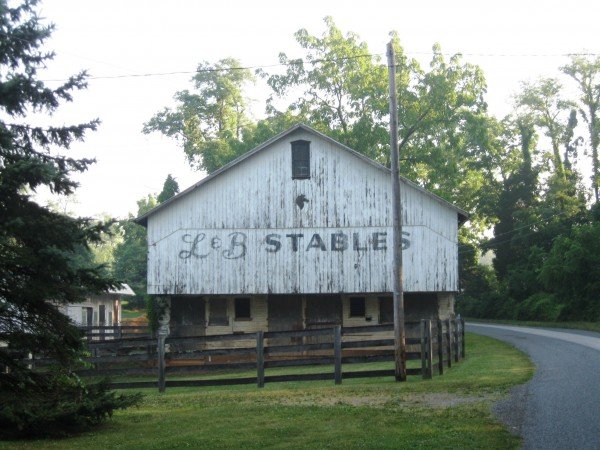 Another story is that Mrs. Weaver was forced to feed the Confederates. Many York Countians would “entertain” guests from south of the Mason-Dixon Line during the days prior to the Battle of Gettysburg.

The identity of the foragers along Detters Mill, Smith, and Blue Hill School roads remains unknown, as the farmers merely called them “Stuart’s cavalry” or “Rebel cavalry” in their damage claims. 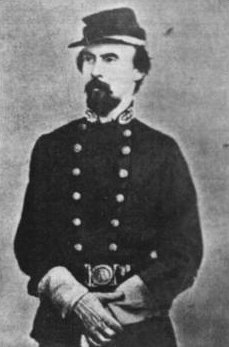 Thirty-year-old Col. John R. Chambliss, Jr., son of an ardent states’ rights Confederate congressman, commanded the injured W.H.F. “Rooney” Lee’s brigade. It consisted of the 2nd North Carolina (a small regiment mauled at the Battle of Hanover on June 30), and the 9th, 10th, and 13th Virginia Cavalry. He had about 1,100 men in his column as he rode along Harmony Grove Road; how many were in the raiding parties is uncertain.

Colonel Chambliss did not survive the war. He perished at the Second Battle of Deep Bottom during the Siege of Petersburg on August 16, 1864.

For more on Stuart’s ride, pick up a copy of my book!