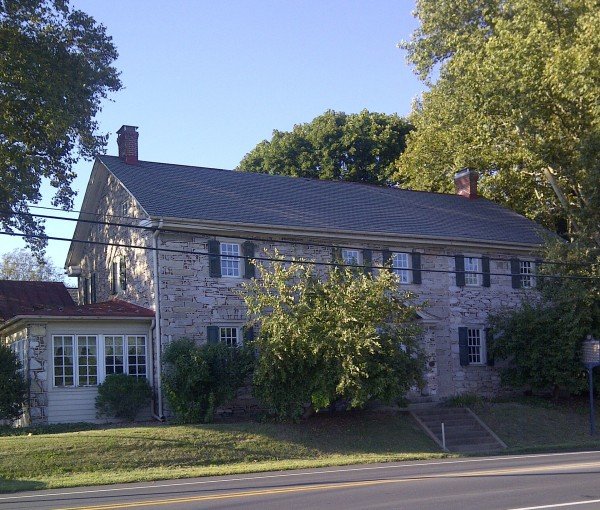 This old stone house once was surrounded by rural farming country along Trindle Spring Road on the outskirts of Mechanicsburg, Pennsylvania. It dates from 1787 when it was built by a man named Jonas Rupp.

Now, the road is busy and nursing homes, shops, highways, and a naval support station are nearby. Few vestiges remain of the 19th century history of this impressively restored house.

During the Gettysburg Campaign, this house, then owned by the builder’s grandson John Rupp, served as the temporary headquarters for Confederate Brigadier General Albert G. Jenkins. The latter commanded a brigade of Virginia cavalry and mounted infantry which marched into Mechanicsburg in late June 1863. Jenkins demanded supplies and food for his men, and he established his base at the Rupp house.

Today, an impressive commemorative monument marks this spot where Jenkins once held sway over the townspeople. No other Confederate general advanced this far north in the Gettysburg Campaign with his troops. 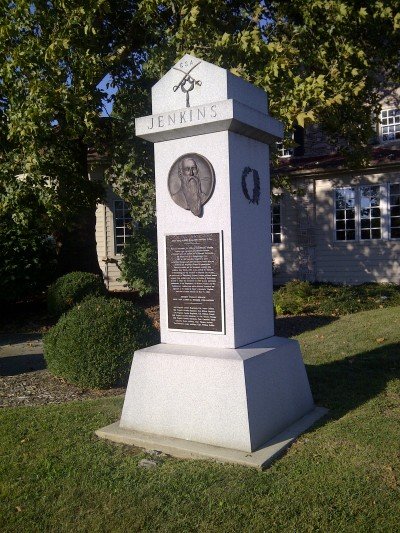 The Camp Curtin Historical Society and other local civic organizations, as well as several interested individuals such as bookstore owner and author Jim Schmick, pitched in together to raise the money and erect the monument to Jenkins. 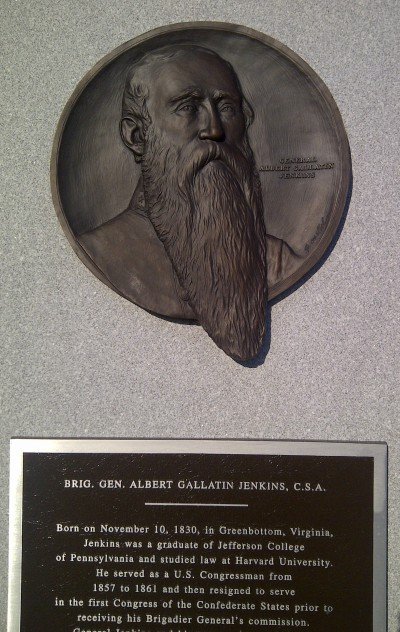 Here is some of the text from the tablet affixed to the memorial shaft. 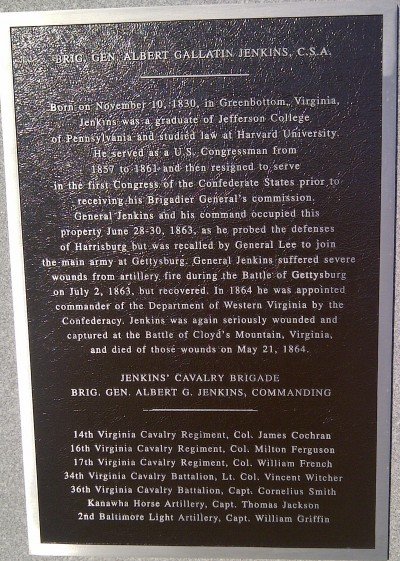 Jenkins’ brigade just a few days after their visit to Mechanicsburg fought at the battle of Gettysburg, where the general suffered a painful wound which put him out of action. A year later, he died from a gunshot at the battle of Cloyd’s Mountain. 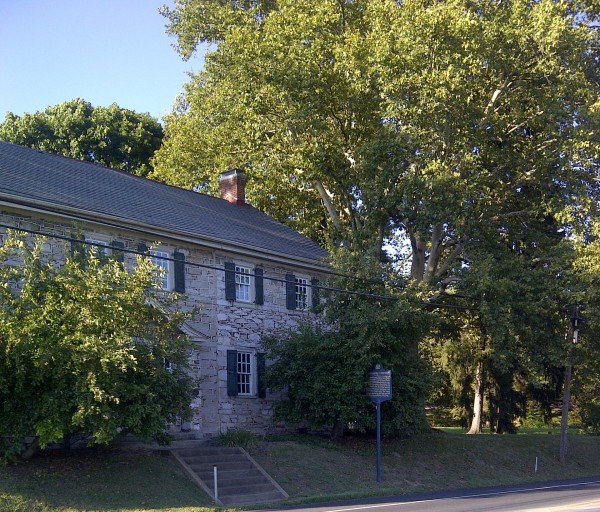 According to the state of Pennsylvania’s tourism department, “Built in 1773 by Jonas Rupp, the stone structure has been a fixture in Cumberland County history for over 200 years. Situated along what was originally called the Trindle Springs Road, it was known as the great stone mansion of Jonas Rupp. In the mid-1800’s, the home was occupied by the family of John Rupp, the builder’s grandson. The family fled to Lancaster during the Confederate invasion of Cumberland County in 1863. In their absence, Confederate Brigadier General Albert G. Jenkins used the home as his headquarters. His troops fought the northernmost engagement of the Gettysburg Campaign at nearby Sporting Hill on June 30, 1863. The General Jenkins Monument has been placed at the Rupp House to commemorate the Confederate invasion of Cumberland County and the Union defense of Harrisburg in June 1863.”

If you go: The Jonas Rupp House is located at 5115 E. Trindle Road, Mechanicsburg, Pa. It is not open to the public, but there are convenient places to park to take photographs and to read the historical markers. Nearby are the locations (largely built over) of the small battles of Sporting Hill and Oyster’s Point. For more information, visit the website.