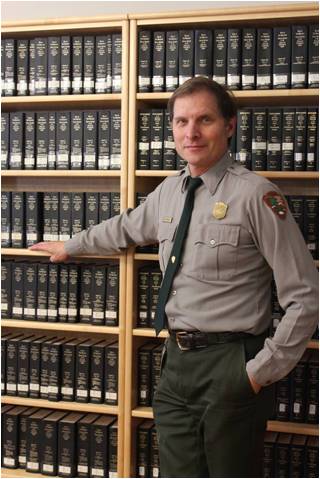 For our Friday February 28thmeeting, the Harrisburg Civil War Round Table is proud to have D. Scott Hartwig speaking to us on the subject “To Antietam Creek: The Maryland Campaign of September, 1862″.

Scott Hartwig recently retired after a 34-year career in the National Park Service. The last 20 years of his career he served as Gettysburg’s supervisory historian. He won the regional Freeman Tilden Award for excellence in interpretation in 1993, and was fundamental in the growth of Gettysburg’s on-site interpretation and living history programming, distance and satellite education efforts, and a key player for the design of all aspects of the new Gettysburg museum/visitor center. Additionally, he has authored numerous articles, essays and books on Civil War subjects, and has appeared on the History Channel, Discovery Channel and Pennsylvania Cable Network.  He is also the author of To Antietam Creek: The Maryland Campaign from September 3 to September 16, published in September 2012 by Johns Hopkins University Press.

The Harrisburg Civil War Round Table meets at the Radisson Penn Harris Hotel & Convention Center, Camp Hill, PA, Camp Hill Bypass @ Routes 11&15. An informal reception starts at 6:00 PM, followed by dinner at 6:45. The cost of dinner is $22.00 and reservations must be made no later than 9 PM Tuesday, February 25th, by calling 717-512-9250 or email EllieKFeld@comcast.net. The program begins at 8:00 PM and is free to the public.