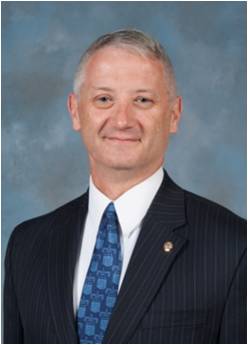 On Friday March 21st, the Harrisburg Civil War Round Table is proud to have Michael E. Lynch, a research historian at the U.S. Army Heritage and Education Center in Carlisle, speak to us on the “Ordnance of Secession: General Josiah Gorgas, General Isaac St. John, and the Confederate Niter and Mining Bureau”.

General George Washington Rains, Commander of the Augusta Powder Works, asserted two decades after the Civil War that “The entire supply of gunpowder in the Confederacy at the beginning of the conflict, was scarcely sufficient for one month’s operations.” Manufacturing that critical element fell to the Confederate Ordnance Department and its legendary chief, Josiah Gorgas. Michael’s lecture examines the Niter and Mining Bureau (NMB) through its operations in the mineral-rich Appalachian area of Southwest Virginia and East Tennessee and two of it’s gifted administrators. The NMB used aggressive and innovative methods that achieved partial success, but was doomed to failure by labor and transportation problems.

Michael holds a Master of Arts in History from Virginia Commonwealth University. He obtained his B.A. in English from East Tennessee State University, and a Graduate Certificate in Public History from Shippensburg University. Currently, he is a Ph.D. candidate in history at Temple University. His dissertation is entitled, “Sic ‘Em, Ned: Edward M. Almond and the Army of his Time, 1916-1953” with an expected completion in 2014. Michael is a retired U.S. Army officer.

His publications include a book chapter entitled, “‘Not Due to Vicious Habits’: Local Black Veterans’ Struggle for Civil War Pensions,”  in Black History of Shippensburg, Pennsylvania, 1860-1936 ed. Steven Burg (Shippensburg, PA: Shippensburg University Press, 2005). He has also published several articles in United States at War: Understanding Conflict and Society, Magazine of History and the Encyclopedia of Appalachia. In addition to these printed sources, he has also contributed several articles for This Week in Army History, a page on the U.S. Army’s website, www.army.mil.

Michael is an avid runner and triathlete and races to raise money for the Fisher House Foundation. He lives in Boiling Springs, Pennsylvania, with his wife Machele, and children Catherine Xi Mei, Elizabeth Xiao Liwu and Joseph Xuan Thai.

The Harrisburg Civil War Round Table meets at the Radisson Penn Harris Hotel & Convention Center, Camp Hill, PA, Camp Hill Bypass @ Routes 11&15. An informal reception starts at 6:00 PM, followed by dinner at 6:45. The cost of dinner is $22.00 and reservations must be made no later than 9 PM Tuesday, March18th, by calling 717-512-9250 or email EllieKFeld@comcast.net. The program begins at 8:00 PM and is free to the public.