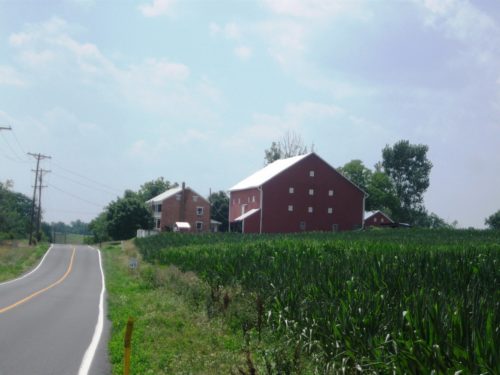 In mid-afternoon, June 26, 1863, nearly a thousand Civil War soldiers clashed within site of this now peaceful farm in Adams County, Pennsylvania. Located along Goldenville Road northeast of Gettysburg, the Henry Witmer farm was a scene of chaos and confusion for Company I of the 26th Pennsylvania Volunteer Militia. In the army for just a few days, many of the men had never before fired a weapon, and very few had ever faced an enemy intent on shooting them.

Captain John Forrester and nearly a fourth of the Hanover company would be taken prisoner within a half-mile of the red brick farmhouse. Most never even got a chance to fire their muskets. Confederate cavalry from Northwestern Virginia (which had then just recently become West Virginia) flanked the Union position from the north, as well as a direct frontal assault on the defenders of the Witmer Farm.

Confederate Pvt. James Hodam recalled, “Those on the side of our approach were captured before they had a chance to run. Those on the farther side including most of the officers fled as fast as their legs could carry them leaving everything behind except their arms and knapsacks. Such a sight is not often witnessed by three hundred cavalrymen charging and driving nearly a thousand men as if they were so many sheep.”

The defenders most certainly were not sheep, as most tried to reform and put up a semblance of a battle line, but their courage could not overcome their lack of training and combat experience. A hastily improvised defensive line along a sunken road leading south to the Beamer farm soon collapsed and Colonel William W. Jennings‘ men hastily retired to the rear. They splashed across a tributary of Rock Creek and headed for a low ridge in the distance near Good Intent School. 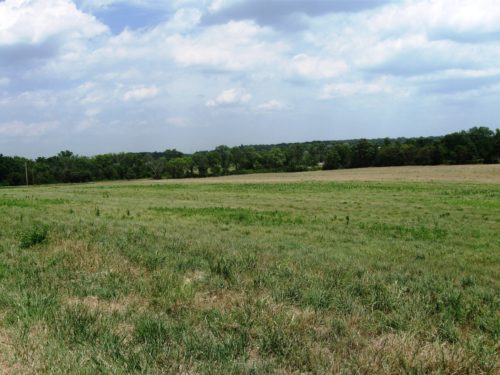 The bulk of the 26th PVM retreated across this field toward the rallying point. Virginian James Hodam recorded the scene: “Through lanes, over fields and fences we dashed after them leaving our infantry support far behind but the enemy could not sustain the unequal force long and soon the ground was strewn with guns and knapsacks, musical instruments, blankets, and clothing… On every side the blue coated fellows could be seen waving their white handkerchiefs in token of surrender. All we did was to make them break their guns over a stump or fence and send them to the rear as prisoners.”

Union soldier Samuel W. Pennypacker, a future Governor of Pennsylvania, noted the attempts at a spirited defense, “Collected together in little knots, or standing alone, they commenced firing off their pieces as rapidly as possible. Some were falling in behind the fences, and others streaking off over the fields. I believe every man was shouting or yelling. I did not see any of the regimental officers, and think they must have been further

[sic] ahead.”Confederate trooper Hodam recounted, “Some four or five hundred of the enemy managed to keep together with the Confederate charge upon them in some show of order. The Pennsylvania Militia after crossing a deep ravine, they halted behind a fence and fired a few shots at us. As the ground in our front was too rough and steep for horsemen, Companies D, E, and G were dismounted and charged them led by Colonel [William] Tavenner. Major [Frederick F.] Smith with Companies A, B, and C deployed to the left to turn their flank but the enemy only waited long enough to divest themselves of knapsacks, haversacks, canteens, blankets, and everything that would impede their flight and away they went soon crossing a stream.” 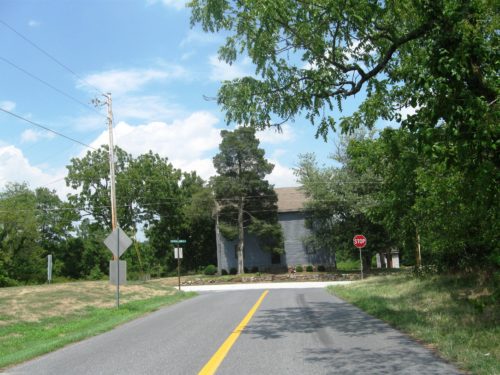 Colonel Jennings reformed on this ridge, slightly to the west (left) of Good Intent Road. In the distance is the William Wert house, a landmark in that part of the battlefield. By that time, more than 300 of Jennings’ inexperienced men were either prisoners or widely scattered trying to make their way to his new position. Many were hunted down and captured (the final tally would be 176 men taken prisoner, with dozens more missing who would not be accounted for for several days. 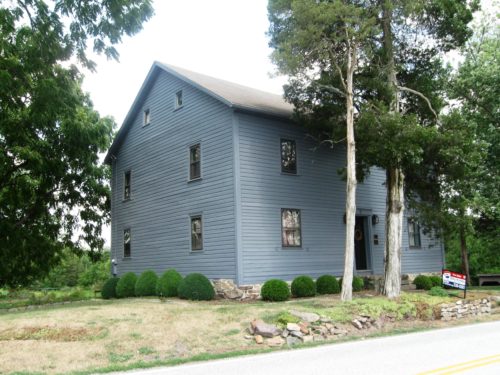 Soldiers cut off from the main body by swirling Confederate squadrons tried hiding, including in the outbuildings of farms such as the Witmers and Werts. Most were captured, but some managed to escape, including one quick-thinking soldier in the Witmer farmhouse who changed into one of Witmer’s old suits and passed himself off to Confederates as a family member.Jennings eventually withdrew on Shrivers Corners Road and turned north on the road to Harrisburg. His men would skirmish with more Virginia cavalry at Dillsburg on Saturday night, June 27, and tramp into the capital on Sunday  afternoon.

In the morning, they would be joined by the rest of the regiment.