It was the end of June 1863. Days of intermittent rain and clouds set the stage for even worse news for the local farmers. Word reached the residents of West Manheim Township, outside of Hanover PA in southwestern York County, that the Rebels were coming. Citizens scrambled to protect their valuables and livestock. Of immediate priority was to hide the horses.

Horses in those days were a vital part of the agrarian lifestyle. Carriage or riding horses provided a means of transportation into town for supplies, to church for worship, or to visit friends and neighbors. Plow horses and draft animals were the backbone of tilling, planting, and harvesting. A good steed could cost $150 to $250, a significant expenditure.

And now, the Rebels were coming to take away the horses in the region. Jeb Stuart was on his way.

Several farmers successfully hid their animals in what locally was known as “Horse Thief Lane.”

But where was Horse Thief Lane?

Some sleuths and historians in the Heritage Committee of West Manheim Township have recently solved the longstanding local mystery. One of them, Richard Resh, has written a new book titled “The Search for the Location of Horse Thief Lane.” 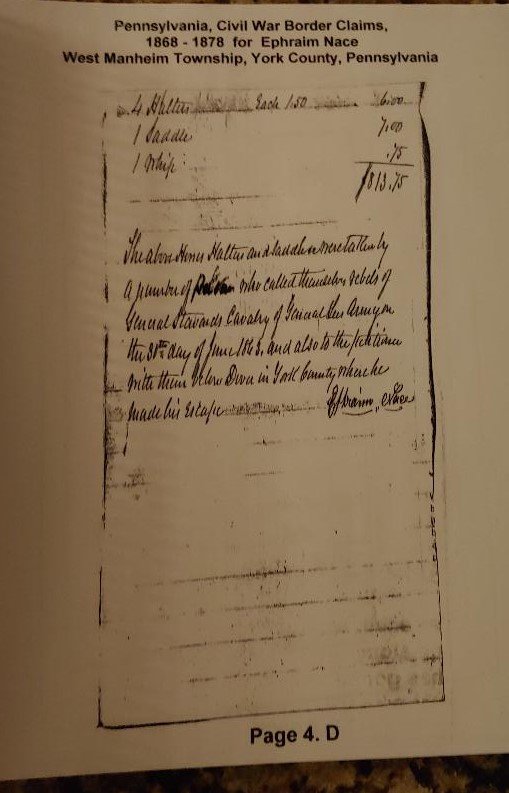 Resh and some of his friends have long debated the most likely location for this long-lost piece of West Manheim Township history. Using old maps, Civil War damage claims, oral tradition, field examination, and deductive reasoning, they succeeded in their quest. The most likely lane has been found.

A key was to figure out the most desirable characteristics for a hiding place and then begin to narrow down the roads, farm lanes, and trails in the township to emerge with a handful of possibilities for field study. These physical features included a remote location away from major roadways the Rebels were likely to use, a site that could not be easily seen from surrounding hills or terrain, and woods or dense underbrush to screen any movement. Of equal importance to hiding horses, mules, or livestock, the hiding spot needed to be near a viable source of water (such as a ravine or stream). A bonus would be a site near a hill or high place where a lookout could be posted in case the Confederates happened to come upon the area.

Using these criteria, Resh and his friends began the search. They studied old Civil War damage claims from local farmers, including those that Stuart impressed at gunpoint to serve as guides. The team interviewed long-time residents for oral tradition. They pored over a variety of period maps from the war years and beyond looking for out-of-the-way roads that met their theoretical profile. 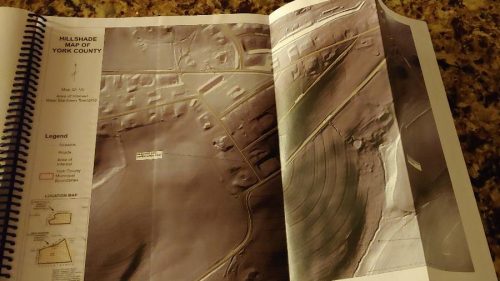 Richard Resh’s new book details the search and the results. It is now available from the West Manheim Township Historical Society for $15. He is the grandson of Clark H. Wentz, a resident whose passion for local history was the inspiration for this work. Wentz was a Licensed Battlefield Guide at Gettysburg and a schoolteacher. He wrote the landmark “History of West Manheim Township” in 1969, the first local work to focus on Jeb Stuart’s passage through the township following the June 30, 1863, battle of Hanover. It was Clark Wentz who first described Horse Thief Lane, which carried that name for more than 50 years after the war. Now, his grandson and the Heritage Committee has solved the mystery.

Read all about their search in this new book.

It is a worthy addition to York County’s Civil War historiography.