Got maps? Phil Laino does! 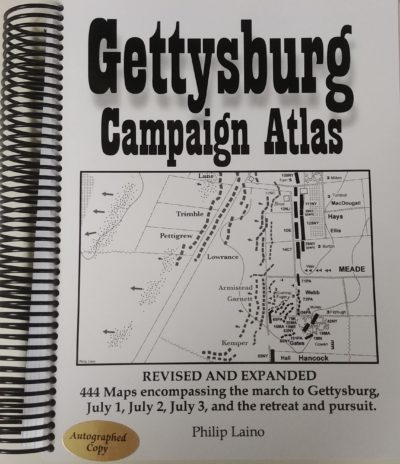 Phil Laino’s Gettysburg Campaign Atlas has long been considered as one of the finest and most detailed sets of maps on the Gettysburg Campaign. There are several other books that offer maps on the campaign, some of which are in full color, but no book to date contains as many maps of as many actions and tactical segments as does Laino’s classic work.

I have found it to be indispensable as a resource to understand battlefield movements by time segments (particularly on the often-confusing second day of the battle of Gettysburg). Phil’s maps help the reader visualize who moved where at what time. In fact, Dave Shultz made extensive use of Phil’s maps, including several custom ones, in his book The Second Day at Gettysburg: The Attack and Defense of Cemetery Ridge.

The Gettysburg Campaign Atlas is a useful reference to take to Gettysburg for field studies, battle walks, monument hikes, and similar activities where maps of the opposing regiments, terrain, and obstacles/cover can help deepen the experience. Phil Laino and his publisher, Kevin Drake of Gettysburg Publishing, are to be commended for this excellent work, which in recent years has been revised and expanded to include several more maps.

Here are a few images showing the quality of the maps. 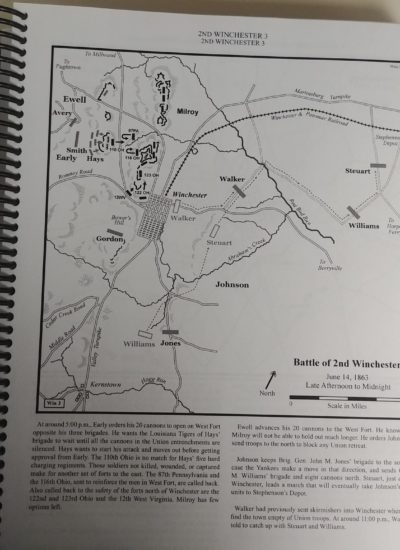 The Second Battle of Winchester should be familiar to most Cannonball blog readers in that York County’s own 87th Pennsylvania “saw the elephant” in this engagement, seeing their first combat experience. Laino’s maps for this three-day fight at divided by day, giving the reader a grand overview of the tactical disposition of the forces. For a more detailed look at this battle, see Wittenberg & Mingus, The Second Battle of Winchester: The Confederate Victory That Opened the Door to Gettysburg. 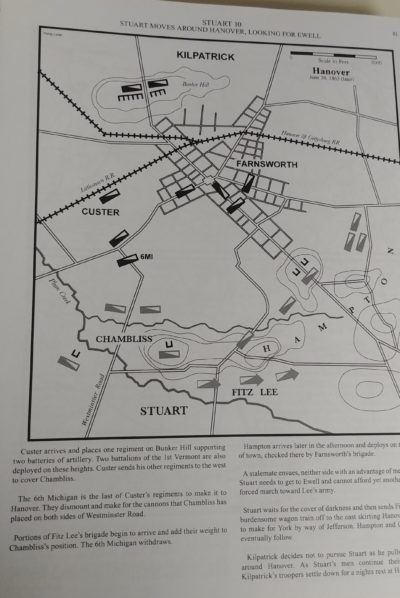 Another map from Phil’s book will also interest Cannonball readers as it shows the battle of Hanover. Fought on June 30, 1863, between Jeb Stuart’s Confederate cavalry and Judson Kilpatrick’s Federal horse soldiers, Hanover remains the largest and bloodiest military engagement in the recorded history of York County, Pennsylvania. Much of the fields south of town where much of the battle was fought have been lost to suburban sprawl, but Laino’s maps still give the reader a good sense of what Stuart and his subordinates faced in this unexpected battle. 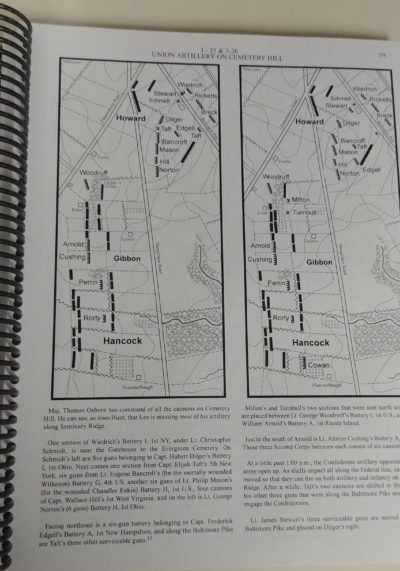 Another map with ties to York County is this one showing the Union artillery on Cemetery Hill. The same Confederate forces under Major General Jubal A. Early that captured York, Hanover, Hanover Junction, and Wrightsville between June 27-30, 1863, tried unsuccessfully to assault the formidable Union positions on Cemetery Hill. Some of the Rebels who slept  in the beds in the U. S. Army General Hospital or in the shelter of York’s two market sheds in Centre Square perished under the fire from these guns on Cemetery Hill just days after Early marched away from York after ransoming the town for $100,000 and massive amounts of supplies.

I highly recommend Phil Laino’s Gettysburg Campaign Atlas for its thoroughness, wide variety of maps, and general layout (the spiral comb binding makes it easy to open the hefty book to a specific map of interest while exploring the old battlefields). The revised edition contains a whopping total of 444 different maps!

This very useful book is available from leading retailers, including Jim Schmick’s Civil War and More bookstore in Mechanicsburg PA, the Visitors Center Museum Bookstore at Gettysburg, the Gettysburg Heritage Center, and many others, as well as direct from Gettysburg Publishing.