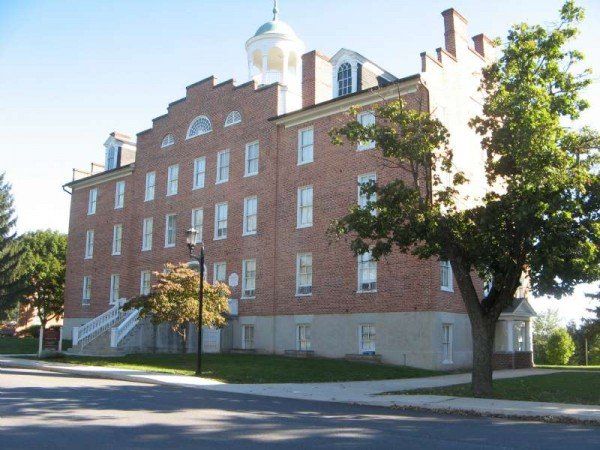 Organizers with Gettysburg’s Seminary Ridge Museum say the facility is on track to open July 1, 2013, as part of the Civil War town’s 150th Anniversary Commemoration.

Known by many as the home to the famous cupola where Union Gen. John Buford scouted the countryside as the first day of the Battle of Gettysburg unfolded, the Seminary Ridge Museum is undergoing a $15 million renovation on the campus of the Lutheran Theological Seminary at Gettysburg.

Additionally, the building – known at the time as “Old Dorm” – was used as both a Union and Confederate hospital after the fighting on July 1, 1863. It’s been called the most important Civil War structure not owned by a public entity.

“When the museum opens, visitors will be able to explore history where it happened, walk the halls where wounded soldiers suffered, and stand where many on both sides lost their lives,” said Barbara Franco, Executive Director of the Seminary Ridge Museum.

The Seminary Ridge Museum will feature exhibits and artifacts highlighting the stories of soldiers, nurses, and the residents of Old Dorm who were forced to flee into the Gettysburg countryside during the three-day battle. Additionally, the facility will include stories on African Americans who sought freedom in the Gettysburg area before and during the war.

“We’re excited about the opening of this new museum,” said Norris Flowers, President of the Gettysburg Convention & Visitors Bureau. “The building itself is one that many of our visitors will be eager to see, and the museum will share stories of Gettysburg’s history that many have not heard before.”

The Lutheran Theological Seminary itself, played a significant role in the battle – specifically on July 1, 1863 when Confederates forced Union troops through town and out to Cemetery Ridge where they spent the final two days of battle. Both the buildings and the people who lived and worked at the Seminary, were enormously impacted by the battle.

Wrote Hugh Ziegler, a son of the building steward, “We succeeded in getting back to our home, but it was in use as a hospital, all the space in the large building was filled up with wounded soldiers. The doctors in charge, learning that it was our home, cleared two of the rooms and we moved in and got busy helping care for the wounded.”

The museum will occupy 20,000 square feet on four floors of the 1832 National Historic Landmark building. The first floor welcomes visitors with an orientation theater, gift shop and revolving exhibition gallery.

The museum’s main exhibit – Voices of Duty and Devotion – begins on the fourth floor with the story of the fighting on Seminary Ridge. The third floor focuses on Civil War medicine with highlights of the makeshift hospital 150 years prior, and the second floor features exhibits and artifacts that explain the religious and race issues that impacted the war and its beginnings.

“These exhibits provide a context for understanding the moral and intellectual struggles that led to the war over issues that divided the nation, its citizens, churches, families and communities,” said Franco.

In addition to the museum, the project includes an outdoor walking trail with historical wayside markers detailing the history of the campus and how it found itself in the middle of fighting during the Battle of Gettysburg.

The project is a joint venture of the Lutheran Theological Seminary, the Adams County Historical Society and the Seminary Ridge Historic Preservation Foundation.