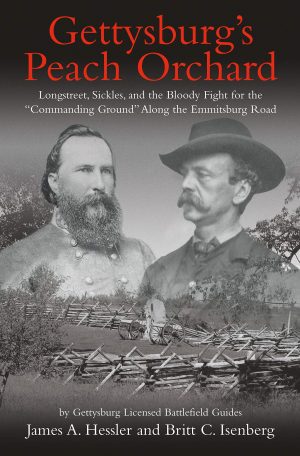 On November 20, 2019, please join the York Civil War Round Table as they welcome Licensed Battlefield Guide, James A. Hessler, as their featured guest speaker. Mr. Hessler will present a PowerPoint program based on his new co-authored book “Gettysburg’s Peach Orchard: Longstreet, Sickles, and the Bloody Fight for the “Commanding Ground” Along the Emmitsburg Road.”

The monthly meeting is at 7 p.m. at the Historical Society Museum of the York County History Center, located at 250 E. Market Street in downtown York, PA. Admission and parking are both free and the meeting is open to the public. Bring a friend!

On July 2, 1863, the once serene orchard of local farmer Joseph Sherfy was bathed in the blood that forever changed its name to the “Peach Orchard.”Under the blazing sun and screaming shells that afternoon, the Confederate veterans of Lieutenant General James Longstreet charged Major General Daniel Sickles’ III Corps troops to occupy the critical high ground of the Peach Orchard. Mr. Hessler will discuss the critical importance of occupying the high ground at the Peach Orchard and the influence of that action on the tactical decisions of commanders throughout the famed Battle of Gettysburg.

On July 2, 1863, General Robert E. Lee’s plan to attack the southern flank of the Federal line on Cemetery  Ridge outside Gettysburg, Pennsylvania, crashed upon the strong point defenses of the Army of the Potomac’s III Corps commander, Major General Daniel Sickles. Mr. Hessler will explore this ferocious attack and defense of the Peach Orchard based on his extensive primary sources and his personal knowledge of the terrain. Hessler will relate this microcosm of brutal fighting to the broader scope of the Battle of Gettysburg and will explore the controversial action that nearly lost this great battle for the Union Army. 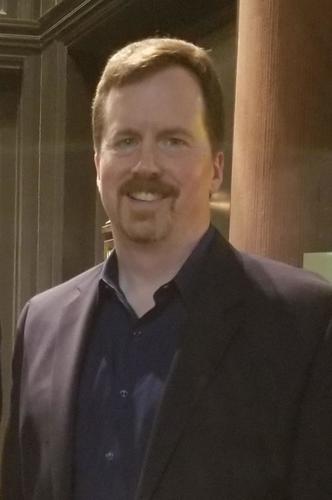 James A. Hessler, a Licensed Battlefield Guide at Gettysburg National Military Park, is the co-author of “Pickett’s Charge at Gettysburg” and the recipient of the Bachelder-Coddington Award. He received the Gettysburg Civil War Round Table Distinguished Book Award for “Sickles at Gettysburg,” and has written several articles for publication. He has made guest appearances on National Public Radio, the Travel Channel, Pennsylvania Cable Network-TV, Breitbart News, and the Civil War Radio.