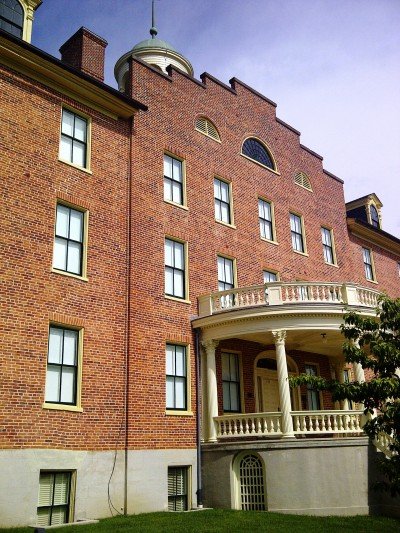 Gettysburg, Pa. (October 22, 2013) — The British Guild of Travel Writers has selected the Gettysburg Seminary Ridge Museum as one of only three finalists in the world for its Best Wider World Project award, which honors new attractions  outside of Europe that have been open fewer than three years. Museum Executive Director Barbara Franco will attend the awards dinner in London on Sunday, Nov. 3, on the eve of Britain’s World Travel Market, one of the largest international travel trade fairs.

“The Gettysburg Seminary Ridge Museum is honored to be recognized internationally with a nomination in this category,” said Franco. “In the few short months that we have been open, visitors from around the world tell us that the museum’s presentation of topics that deal with the broader issues of the Civil War, including care of the wounded, compassion and sacrifice, faith and freedom are both unexpected and emotionally powerful.”

Fellow finalists for this year’s Wider World award are the Tren Curdcero (a cruise train in Ecuador) and the Mob Museum (Las Vegas). Last year’s winner was Rwanda’s Nyungwe National Park. Projects are proposed and judged by the Guild’s 270 British journalists, authors, editors, photographers and broadcasters. 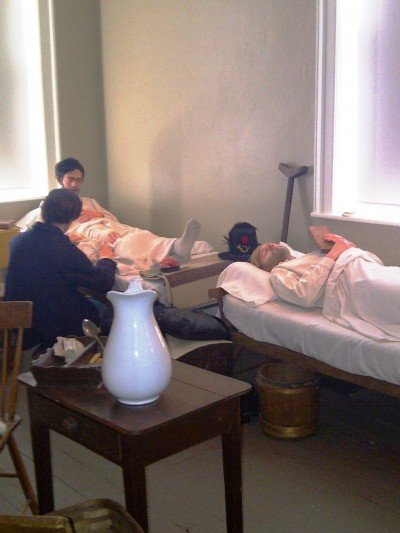 The museum’s opening was covered by the Daily Telegraph (United Kingdom), and the opening is a cornerstone event in Gettysburg’s 150th commemoration of the Battle of Gettysburg (July 1-3, 1863) and Abraham Lincoln’s Gettysburg Address (Nov. 19, 1863). The historic 1832 building, on the campus of the Lutheran Theological Seminary at Gettysburg, was preserved to house the museum, stabilizing the structure for future generations. The interactive and immersive exhibits challenge visitors to think about the American Civil War from new perspectives, including its meaning and legacy for our time.

The new Gettysburg Seminary Ridge Museum opened July 1, 2013. The museum’s permanent exhibit—“Voices of Duty and Devotion” focuses on three main areas—none of which are the focus of any other museum in Gettysburg:  the pivotal first day of the Battle of Gettysburg on Seminary Ridge; the care of the wounded; and the larger issues of faith and freedom. A one-mile outdoor trail complements a museum visit with wayside markers, and special exhibits, programs and events will be offered throughout the year.

The museum is operated by the non-profit Seminary Ridge Historic Preservation Foundation and is a joint venture of the Adams County Historical Society and the Lutheran Theological Seminary at Gettysburg.

If you go: For more information and to reserve tickets, including reservations for the Exclusive-Access Cupola Tour, visit www.seminaryridgemuseum.org